If you’re anything like me you will no doubt relish a good thunderstorm for its garden and allotment benefits. All that lovely rainwater falling heavily from the sky and usually much needed after a dry spell. Plants seem to perk up more than usual in the days that follow a stormy downpour and lawns can very quickly recover their lush green colour. What is fascinating (to me at least) is that a thunderstorm doesn’t just deliver rainwater, it also provides fertilising nitrogen for soil and roots. But how does this happen?

Most of us have seen that lightning has the ability to send a modified time travelling car back to the future at 88mph (when harnessing 1.21 gigawatts via a clock tower). But in reality we all know that lightning is a powerful and sometimes dangerous force, five times hotter than the surface of the sun, it has the ability to separate molecules in the atmosphere. Nitrogen makes up 79% of our atmosphere but is largely locked up there and inaccessible to plants and life. However, a bolt of lightning will split nitrogen molecules into separate atoms. These atoms then join with oxygen atoms and go on to mix with water droplets within thunder clouds to form nitric acid. The rain that falls from these clouds carries the nitrates (nitric acid) to earth where it can be absorbed into the soil and taken up by plants as nitrogen. Yes. Lightning feeds plants.

13,000 tonnes of nitrates are generated by lightning per day across the globe by as many as 3 million strikes. That’s over a billion lightning strikes worldwide each year and all of them causing nitrogen to change form and reach the ground as nitric acid where it supports life. The nitrogen inside you, or that broad bean on your allotment (soon to be inside you) might just have come via a lightning bolt in that thunderstorm you watched last summer. It very quickly makes you realise why plants respond better to a watering can full of rainwater than they do fresh tap water.

This process of transforming atmospheric nitrogen into usable nitrogen is known as nitrogen fixation and in terms of lightning it is known as non-biological fixation. Around 5 million tonnes of nitrogen are fixed in this way across the world annually which accounts for around 2.5% of the annual total. The other 97.5% of naturally fixed nitrogen (200 million tonnes) is obtained biologically through symbiosis – where plants and bacteria live together for mutual benefit. A good example of this can be seen in legumes (peas, beans, clover) and their relationship with rhizobia bacteria.

Over the past week or so I’ve been clearing a new area for giant pumpkin growing (you need a fair bit of space, about 10m by 10m). I’ve decided to use a space on my small and relatively new orchard plot. The fruit trees are still in their infancy and there’s plenty of room to accommodate a ridiculously large pumpkin vine creeping across the floor. Having cleared the space of weeds I want to avoid their return in the short term. The pumpkin vine will not start to expand a great deal for a good two to three months from now, so I have taken the opportunity to sow red clover. A cover crop of red clover serves several purposes:

The final point ‘biological nitrogen fixation’ occurs because the rhizobia bacteria residing in the soil infect the roots of legumes like red clover to create nodules. Inside these nodules the bacteria take nitrogen from the air and turn it into ammonia which is absorbed by the plant as a source of nitrogen. When the plant dies, the nitrogen is returned to the soil, whereas previously it would have been locked up in the atmosphere. 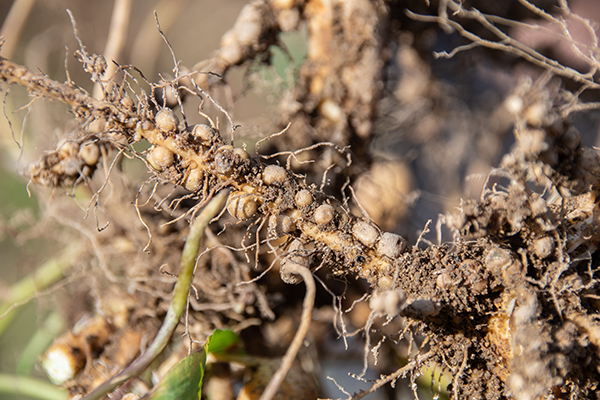 I think we probably all use manure and big nettle stink to top up soil fertility with existing nitrogen sources but it’s very useful to grow a legume crop like red clover as a green manure crop to do some of the work for us. When I rotovate the clover into the ground in a few months the soil will be improved which will certainly benefit the fruit trees growing there in the long term and possibly the expanding and hungry giant pumpkin vine in the short term. If I’m lucky we’ll have a few lightning bolts in the coming months too for good measure. 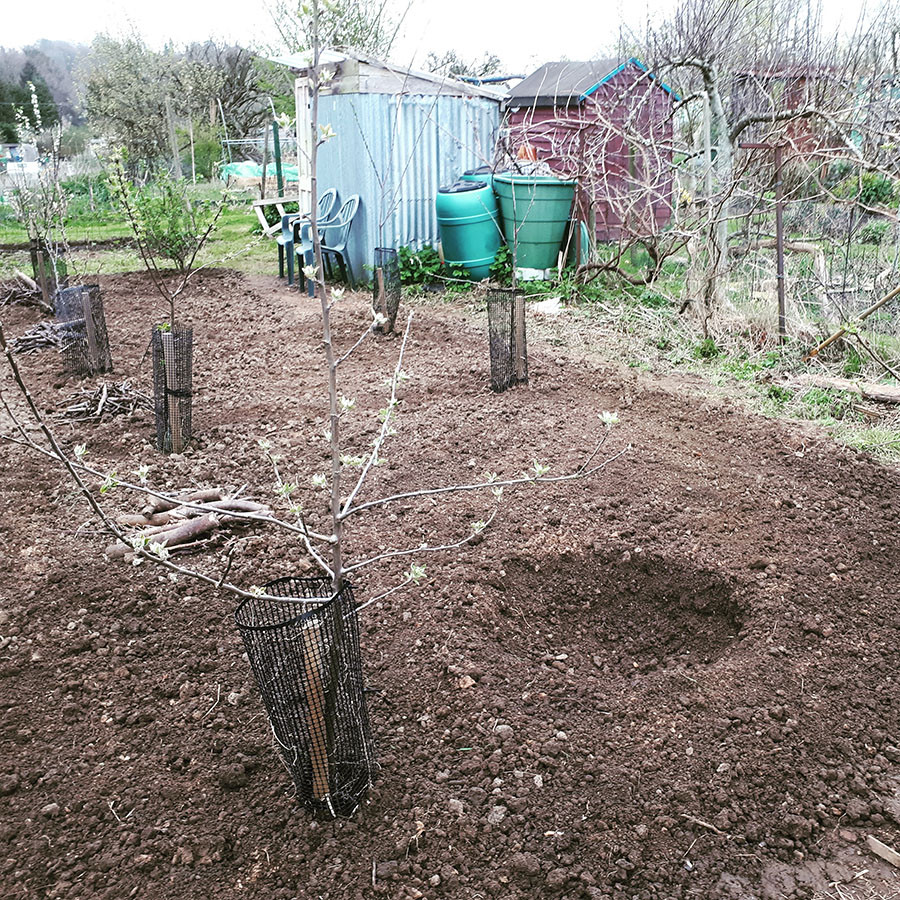 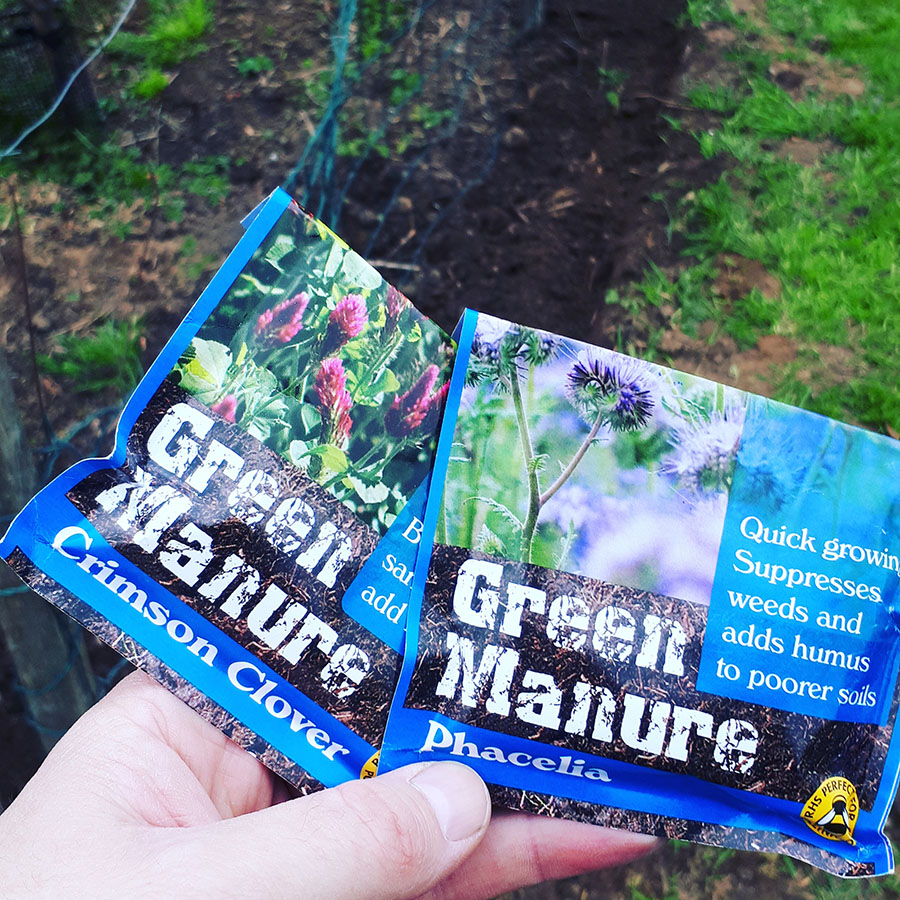 Crimson Clover (and Phacelia for bees)

For more details on the advantages and disadvantages of green manure see my previous post.