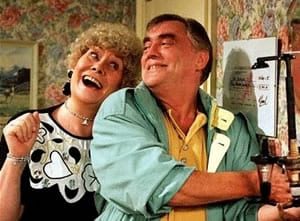 No not this Jack and Vera!

As a small boy I would sometimes stay in Bexhill-on-Sea with my maternal grandparents Jack and Vera (yes really…) and whilst there on warm summer evenings I’d help my Grandad to water his vegetable patch. It wasn’t a very big patch because by then he had retired from gardening, but there was enough room for growing lettuce and beetroot and his greenhouse of tomatoes and cucumbers. I recall that a crudely fashioned metallic cat with flaking black paint hung on an old string to keep the birds off as it chimed in the wind. Honestly I wasn’t a big fan of salad for dinner on blue willow pattern plates in those days (what child is?!) but I have fond memories of the time spent with my Grandad outside and now, when I am in the garden or at the allotment, I can feel his spirit with me.

At home I was fortunate enough to have been given a small area of the garden to grow my own vegetables; mainly radishes and swedes although I do recall a great deal of delight in growing marigolds from seeds I had plucked and saved in plastic bags the year before. I also became an expert at digging large trenches into which I would bury the waste from our rabbit hutches. I imagine I was about nine years old, as I tinkered away my father would be busy in some area of the garden digging over a bed – he taught me how to use a fork, and how not to put it through your own foot (he knew somebody once… and somebody who fell into a glass cold frame, and somebody who fell into a water butt…). I occasionally drew the odd garden design and read the odd book about gardening but then I became a stroppy teenager and I forgot about horticulture and turned to computer programming, CB radio and girls for the next twenty years.

A Return to Gardening 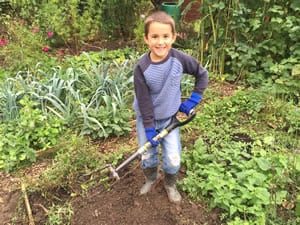 My son Jake, learning how to use his first fork

It wasn’t until I had my own children in 2007 and found myself trapped at home with small people needing nappy changes, that I rediscovered gardening as an easy escape. I honestly have to say gardening was an easy thing to fall back into without having to arrange a babysitter. I definitely seem to have green fingers because of those early years of childhood training and it wasn’t long before my wife (who I refer to as MrsGrow on Twitter) organised an allotment for me as a surprise. To her displeasure it also wasn’t long before MrsGrow became an allotment widow – it was to be expected when taking on a hugely overgrown plot because I’m the kind of person who throws themselves 100% into a passion and doesn’t come up for air.

Gardening in My Genes 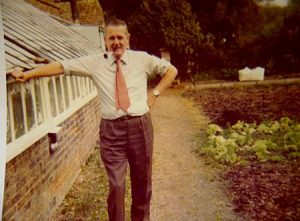 Like so many of us, as we approach middle age we begin to take a keener interest in our past, our ancestors, where we came from and where we are going to. As I look more widely into the careers of my maternal Grandad (Jack – see right) and his father (my Great Grandfather George Cook – see photo below right) I can’t help but think that there must be a genetic pull towards horticulture for me as I am most at home with grubby finger nails, a garden fork and a robin following me around for company. Jack was Head Gardener at the Broadfield Estate in Crawley, West Sussex and George was Head Gardener at the Tilgate Estate (now on the opposite side of the A23) in Crawley. In 1922 George worked for John Ashburner Nix at Tilgate and they won the RHS Gordon Lennox Cup (best exhibit of fruit shown by an amateur at the autumn Fruit & Vegetable Show).

As you can imagine, the Twitter and blog name ‘Grow Like Grandad‘ is something of an homage to them both. I am also told that my paternal grandfather also had an allotment, sadly he passed away when I was very young so I didn’t really get to know him or his gardening side, but I’m told he grew a mean Dahlia. 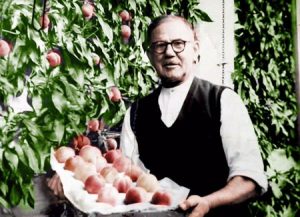 There have been one or two strange coincidences in my life connected to Jack and George, I am a firm believer that coincidences are the universe’s way of telling us to take note. Firstly after a coincidental Yahoo chat meeting I moved down from Stevenage, Hertfordshire to be with MrsGrow in Dorking – a stone’s throw from Crawley. Consequently I have worked twice for a publishing company in offices based on top of the old Broadfield estate (where my Grandad would have grown strawberries). Secondly I have lived in Westcott (near Dorking) for 10 years only to recently discover that George Cook spent his final years here in a Perennial care home (he was 108 years old when he died, England’s oldest man at the time – so gardening must be good for you!). I definitely feel my ancestors around me.

So what next for me?

Is gardening just a hobby or is there more to be done? In 2016 I spent 3-4 months suffering with severe anxiety, it was quite debilitating and caused me to stop most things and reflect on my daily routine. It turns out that sitting in front of a computer building websites and getting people listed in Google all day and night hadn’t actually been making me very happy but I was too busy to notice…

Tweeting as Monty Don’s dog Nigel @montysdognigel lead me further into horticulture and that has truly awakened something of a gardening beast. Consequently these days I am Chairman of the Dorking Allotment Holders Association (with three half plots) and am rapidly getting through a landscape gardening project at home (in the Italian style).

My Garden BEFORE Landscaping… 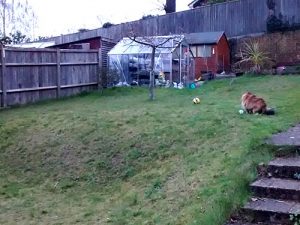 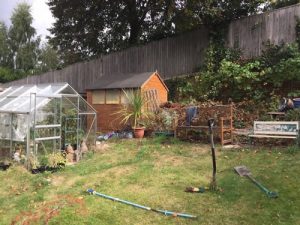 My Garden AFTER Landscaping… 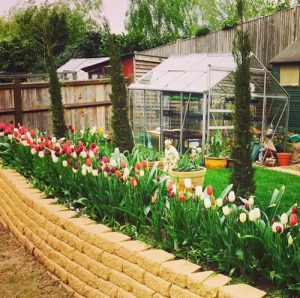 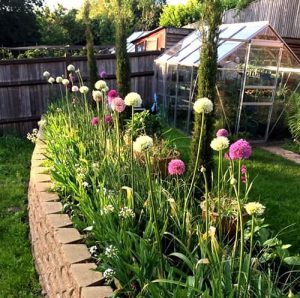 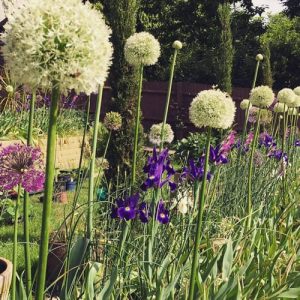 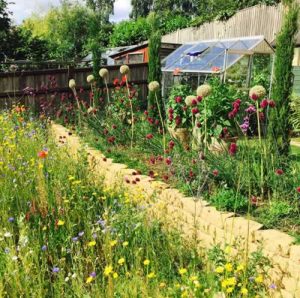 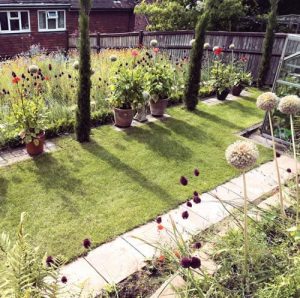 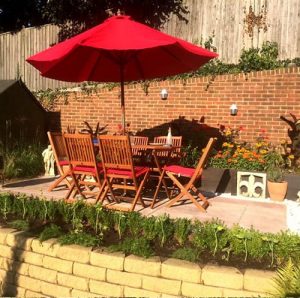 The Allotment I ‘Inherited’… 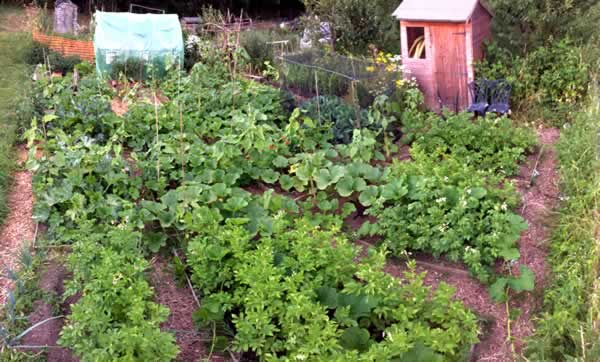