Last Autumn I covered half of my allotment’s raised beds with regular horse manure, it was about three inches deep. We get free manure deliveries to our allotment site and it did a marvellous job of keeping the weeds down over the winter – it’s a form of ‘no-dig’ gardening.  The crops that I grew in the various raised beds this year produced bumper crops but I was prevented from growing root crops (because the fertility can be too high if recently manured resulting in ‘funny veg’ syndrome). Consequently this winter I’ve gone with a green manure solution which involves sowing in mid to late September (October at a push).

What is ‘green manure’? 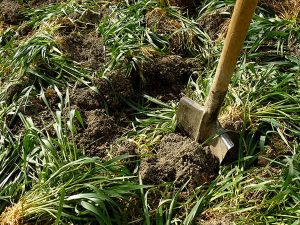 By ‘green manure’ we don’t mean manure from a very poorly horse… we mean that we sow a cover crop in a bed (or beds) with the sole purpose of letting it grow before we cut it down and turn or rotovate it into the soil (without harvesting any produce from it). Think of it as a sacrificial crop used to improve your soil – it sounds a bit bonkers but there are many reasons why we do it. An Autumn sowing of green manure will see plants grow throughout the winter before they are cut back and turned into the soil the following spring. 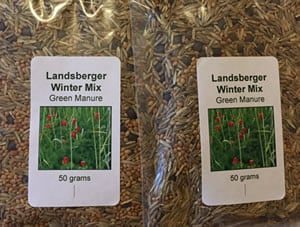 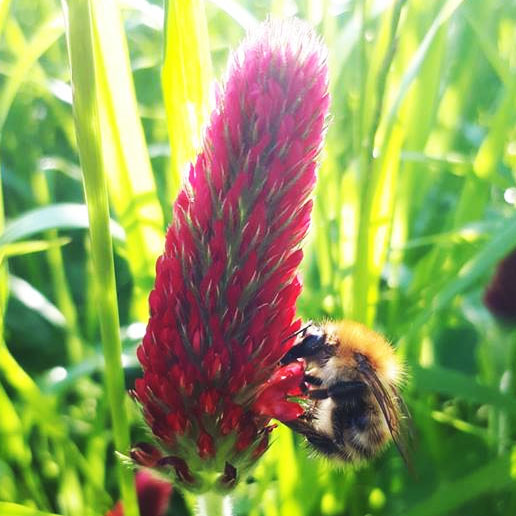 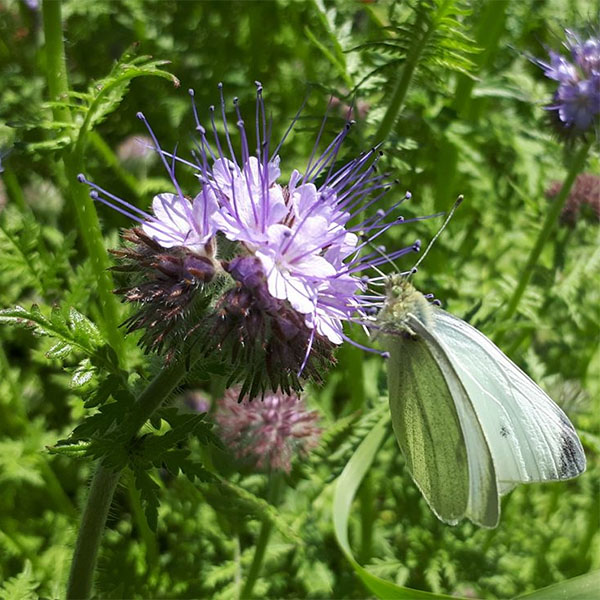 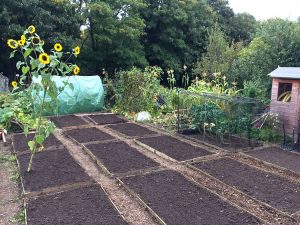 I don’t sow beans or peas as a cover crop on my allotment because we get a lot of pheasants at our site and they will destroy the shoots unless netted (and that isn’t practical for large areas). Pigeons can also be just as much of a nuisance so do factor in possible bird damage during colder months when other food sources are less available to birds. As a consequence I tend to go more for the Rye, Mustard and Clover based green manure mixes. As you can see (right) I have already begun to turn over the finished summer beds and sown some seeds already. It is important not to leave this too late because cold soil may restrict the germination of the green manure crops, leaving your soil exposed to the elements.

I have sown three different seed mixes, all purchased from an Irish company called Seedaholic:

I’ve also sown a mixture with added Phacelia tanacetifolia ‘Lacy Phacelia’ – I’m not entirely sure that will overwinter as it’s not very hardy but I thought I’d give it a whirl. Other mixes I’ve purchased in the past include those available from Pennard Plants priced at £3 for 22 sqm of coverage per pack. Pennards are a family run nursery which specialises in natural growing methods and heritage seeds. I have bought squash seeds and garlic bulbs from them for the past two years with much success. Seeds are also available from Thompson & Morgan who sell Crimson Clover and Grazing Rye at £2.99 per packet.

*** November 2017 UPDATE ***
Of the Seedaholic green manure seed mixes listed in the bullets above I found that the Landsberger mix grew best on my clay soil, the green manure winter mix is performing more slowly and the ‘Tares & Rye’ mix is growing least well. The Landsberger mix is growing in the middleground below, all sown around six weeks ago. I have just sown some more in the beds at the far end of the plot but cold weather is upon us so it may not germinate well. 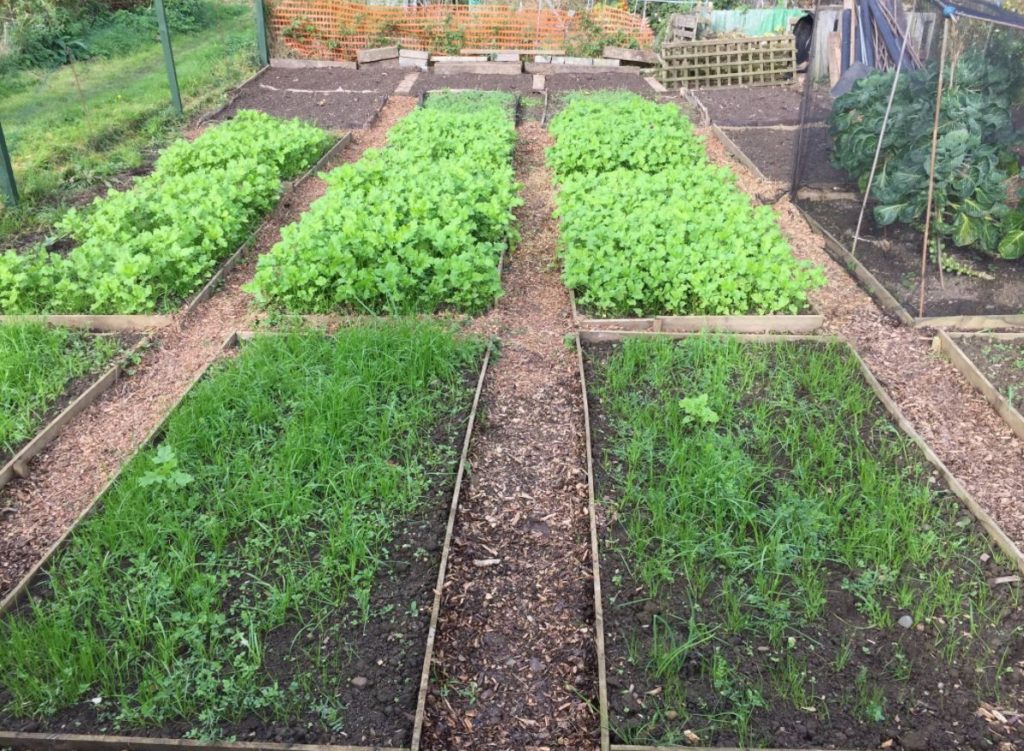 Due to the poor weather that we saw in early Spring 2018 I struggled to rotate all of my green manure crops in time for the growing season. However, this provided some stunning flowers (pharcelia and crimson clover) which the bees and butterflies have loved. I now have to dig the green manure crops out and compost them rather than rotate them but the soil improvement was obvious – as I explain in this video: