You are at:Home»Inspiration»Hampton Court Flower Show: Water, Give Me Water! 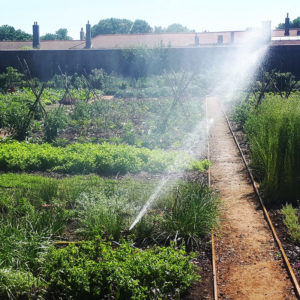 I spent another two days volunteering for the RHS at Hampton Court Flower Show last week and I have never been so hot in all my life! The sun was beating down relentlessly and I was pouring water over my head as much as I was drinking it. At the end of Press Day I was more than happy to stand in the Hampton Court Palace Kitchen Garden and let the sprinkler system soak my linen shirt three or four times to help me cool down. I also managed to catch some cooling fountain spray after a quick ‘walking chat’ about Twitter with Alan Titchmarsh (apparently he’s not got time for Twitter). As the week progressed I found myself handing out leaflets at the entrance to the Plant Evolution garden standing beside an Archean landscape (below).  In the hot sun I had no trouble at all in imagining exactly how hot the ancient earth climate might have been! I was quite envious of the Skinny Jean Gardener in his shady marquee opposite me planting french beans with children. Of course “Where can I get some tap water?”  was one of my most answered visitor queries and the numerous water points were easily recognisable from their queues. 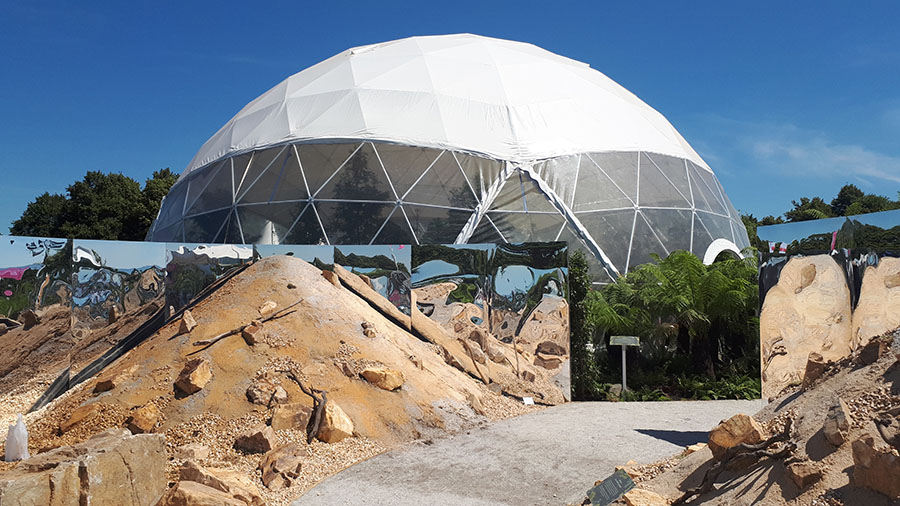 Entrance to Evolve Through the Roots of Time – A Hot, Barren and Thirsty Landscape!

RHS Grow Your Own with The Raymond Blanc Gardening School

On Thursday my first volunteering session was in the Raymond Blanc RHS Grow Your Own garden. It was an organic garden, right up my street and designed to inspire people to grow their own fruit, vegetables, herbs. mushrooms and bee-friendly plants. I positioned myself near some tomato and squash plants and really enjoyed giving advice on how to grow and compost veg. It’s quite surprising how many people don’t already know how to pinch out tomatoes and side shoots or bury pumpkin vines, there really is a demand for the basics. Being on this garden was very different to volunteering at Chelsea because I already had the plant knowledge in my head, so no stress! It’s only when you’re dishing out advice that you realise how much you do know, that in itself was quite a rewarding discovery. Giving horticultural advice over social media is one thing but face to face advice quite another. On Press Day Raymond was in the garden giving cooking advice, his passionate desire for freshly grown ingredients was unmistakable:

What I really loved about the RHS Grow Your Own garden were the water storage ideas using drainpipes and a series of connected water butts. There was also a planted herb wall containing curry plants and lemon balm planted in a multi-pocket material which uses a drip irrigation system. We really need to embrace such things, half of England’s rivers are over-abstracted, due largely to consumer demand for drinking water and hydro-electric power. This isn’t great for wildlife. For customers of South East Water it’s now compulsory to have a water meter and that is gradually being rolled out nationwide. Only yesterday (July 12th) at a Parliamentary hearing Rachel Fletcher, Chief Executive of Ofwat said “Relying on customers to respond to a bill (to reduce usage), which for some customers is a small proportion of their monthly outgoings, is not enough.” so compulsory water metering is coming. I wonder what that will mean for water connected allotments? She added that “The idea of using treated drinking quality water to water our gardens and wash our cars in the 21st century just doesn’t seem appropriate” – so it’s time we all started collecting serious amounts of rainwater and these are great ideas: 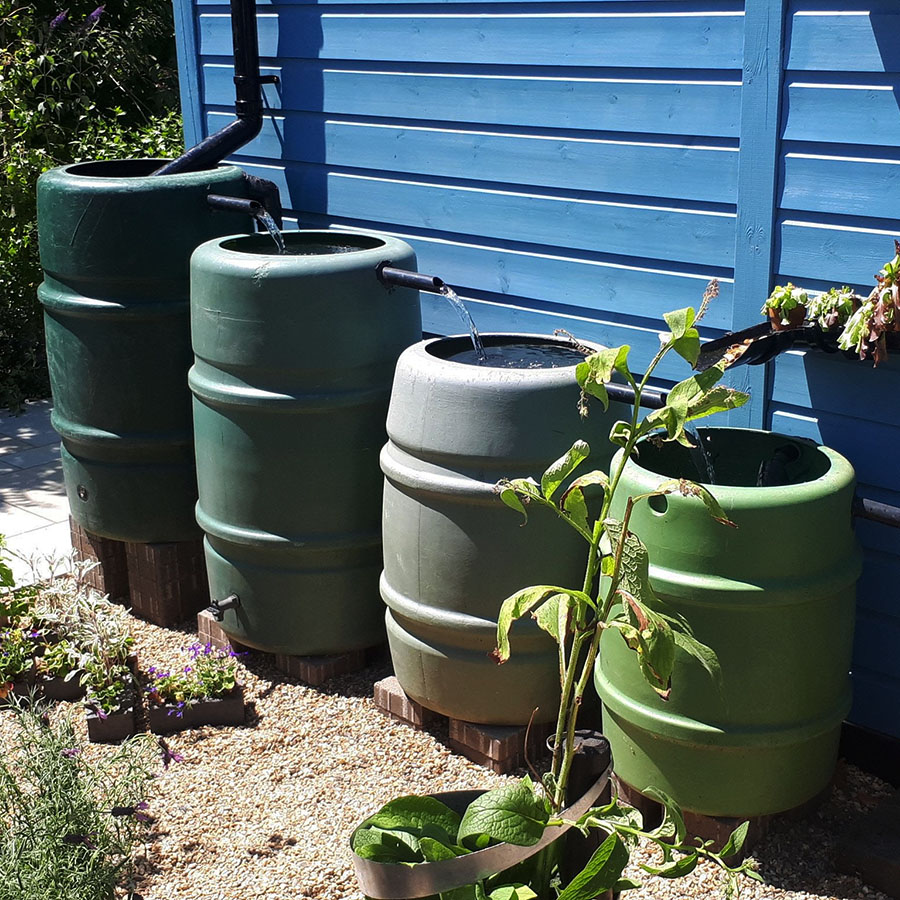 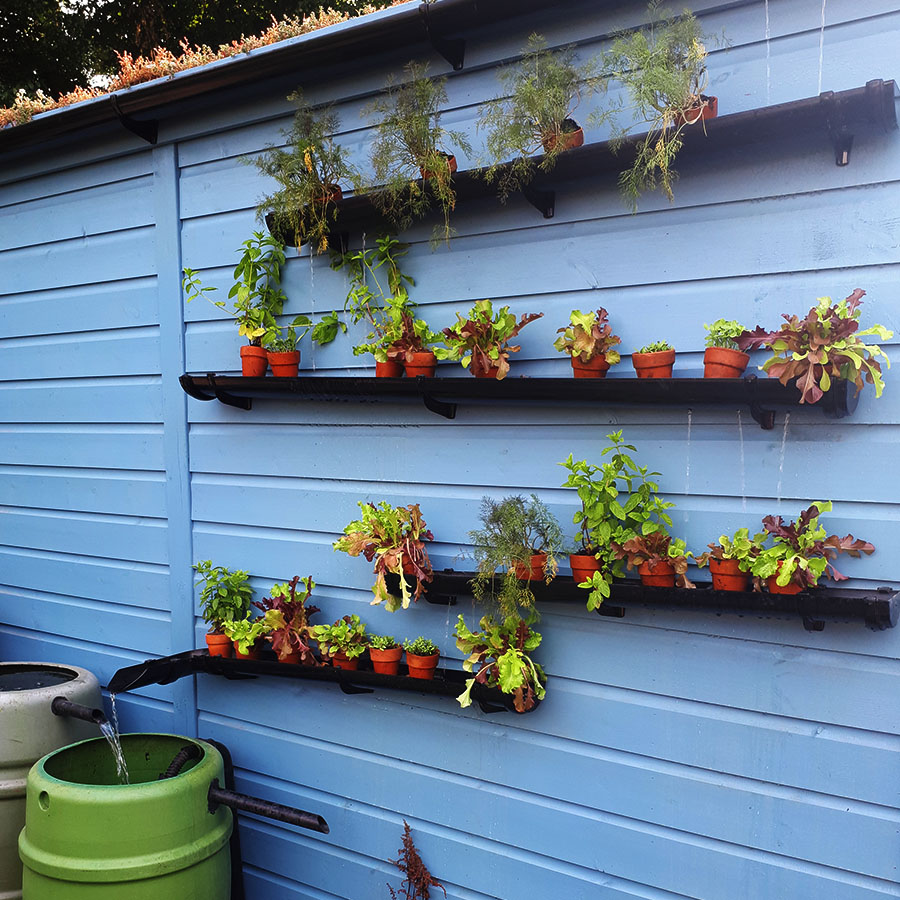 At the end of the Grow Your Own volunteering day I stuck around to help a little with watering thirsty plants and netting bushes to provide bird protection. I had an opportunity to speak with the garden’s designer Rossana Porter, she was really lovely I could have spoken to her for hours (OK yes I do have a bit of a thing for Italian women, MrsGrow is also ¼ Italian). Rosanna was more than happy for me to politely explain why tyres are not a 100% organic method of growing vegetables 😊. I think I converted her. I was asked by a handful of visitors about the safety of tyre stacks, in theory tyres are fine if they are not breaking down or sitting in water or on acidic soil, so that was my official RHS line… but I don’t grow in tyres and many allotments have banned them. 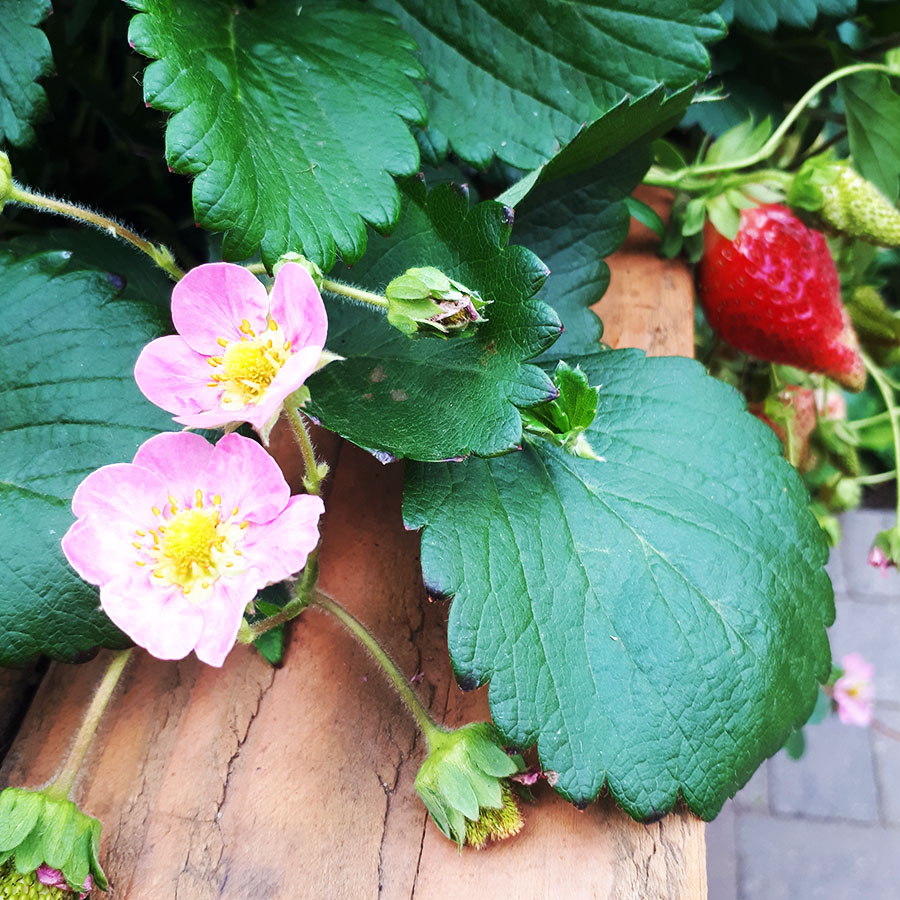 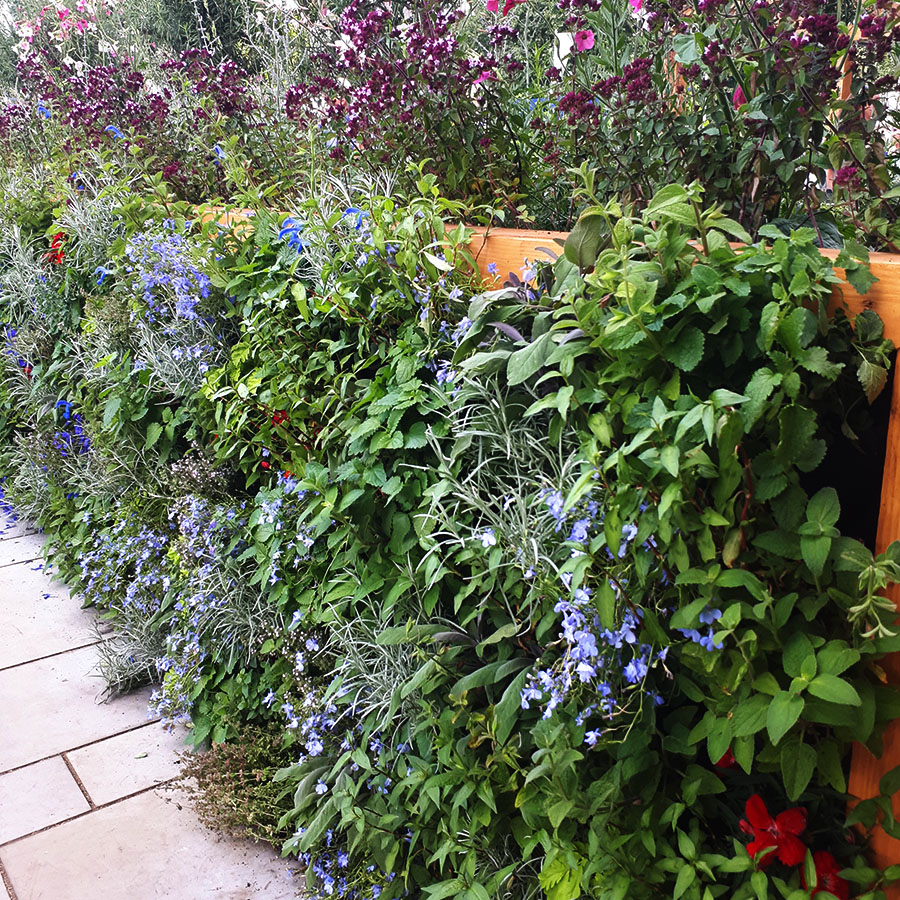 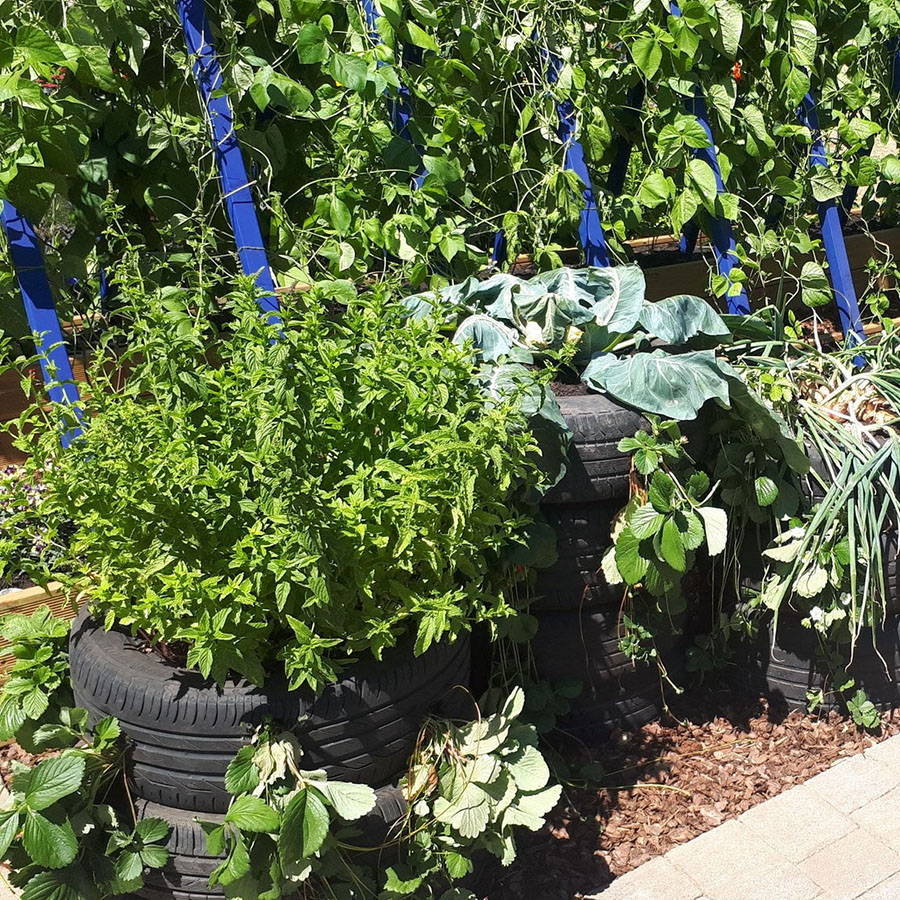 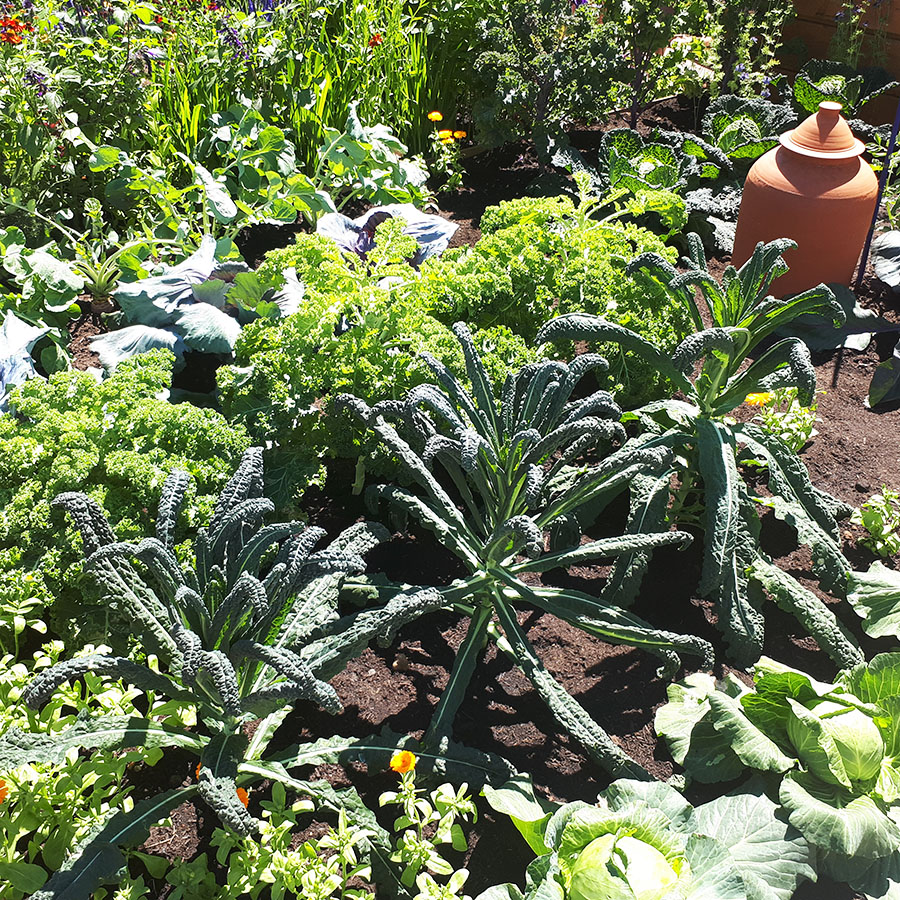 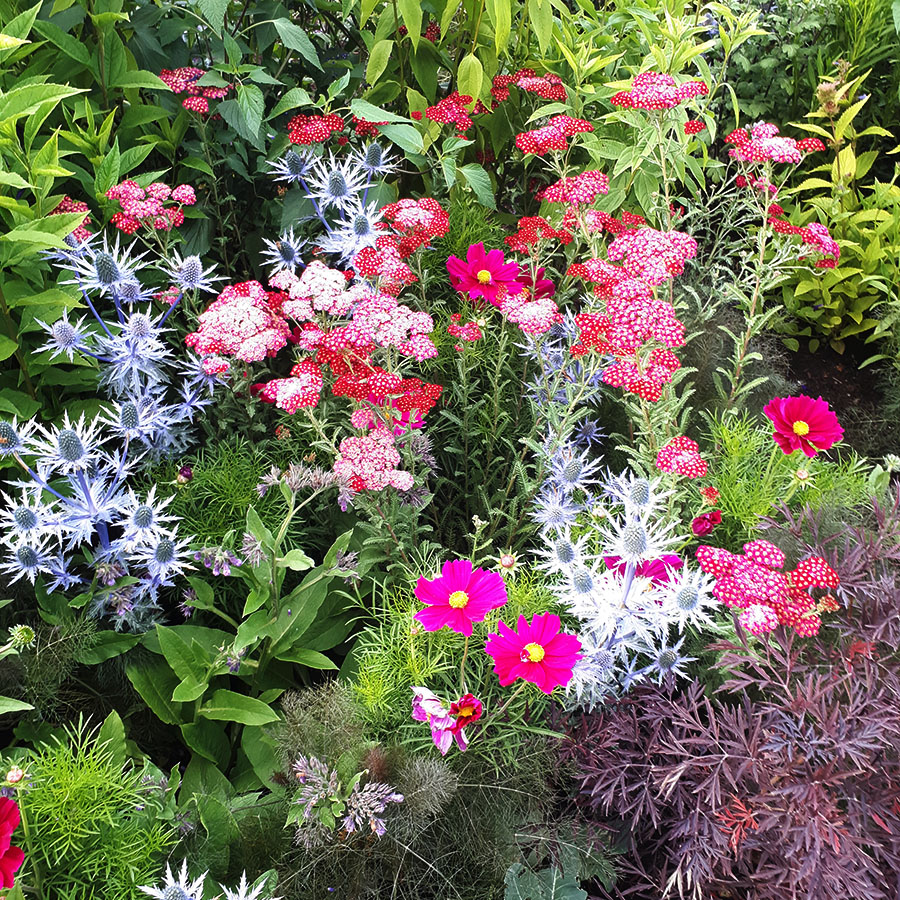 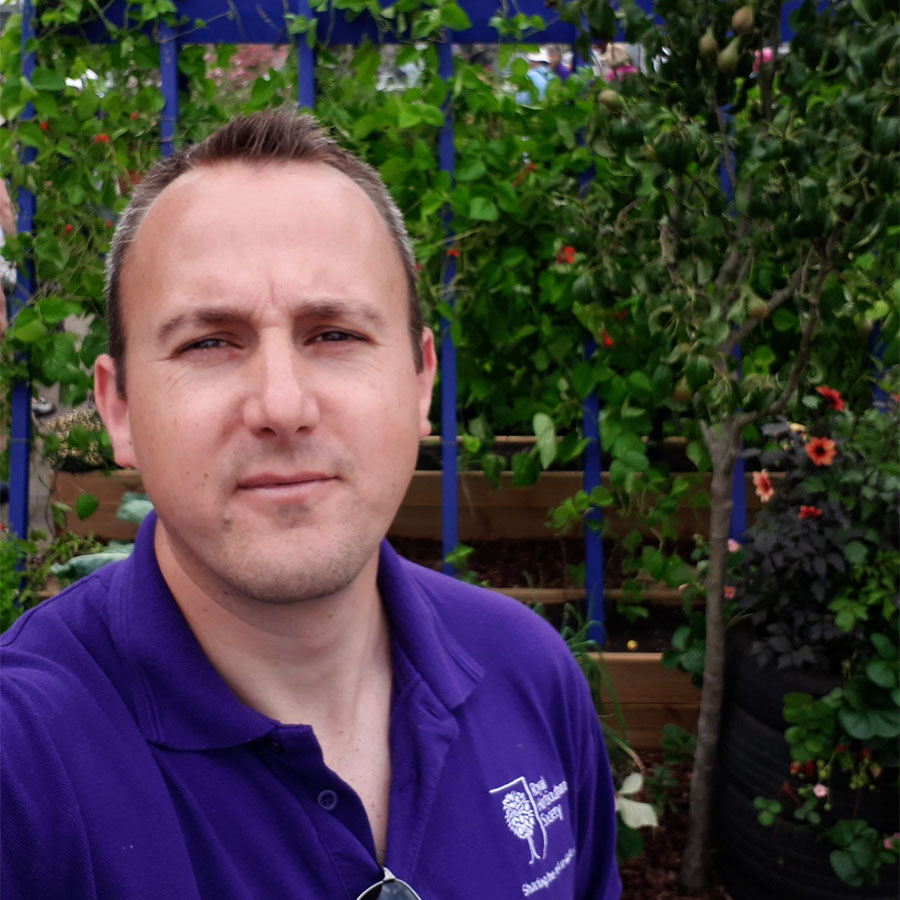 Evolve Through the Roots of Time and Piet Oudolf

Volunteering on Day Two involved dodging the sun as best I could between the Evolve Through the Roots of Time garden with its Eden-Project-Like dome and the Piet Oudolf perennial wildmeadow area. The Evolve garden was so well put together with signs, information and labels that I felt it didn’t really even need many volunteers.

I much preferred being on the nearby Piet Oudolf garden where I was learning to ID some new plant names. Monarda Beauty of Cobham was a popular ask as were Veronicastrum, Linaria and Mohican Alliums (below).  I had a great time advising people how to plant wildflower meadows, be they annuals or mixed with perennials. Planting my own my own mixed perennial wildmeadow at home last year was incredibly useful and Piet has inspired me to do it again on my new orchard plot 44B next year. 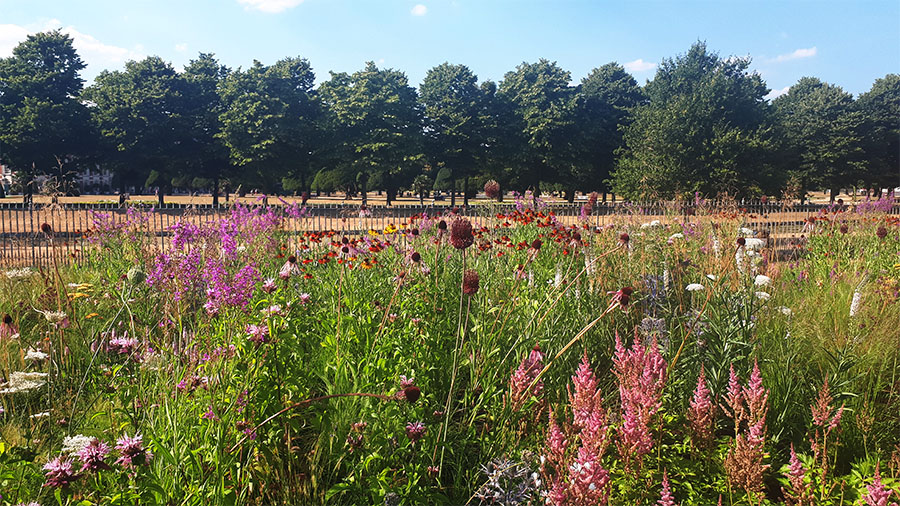 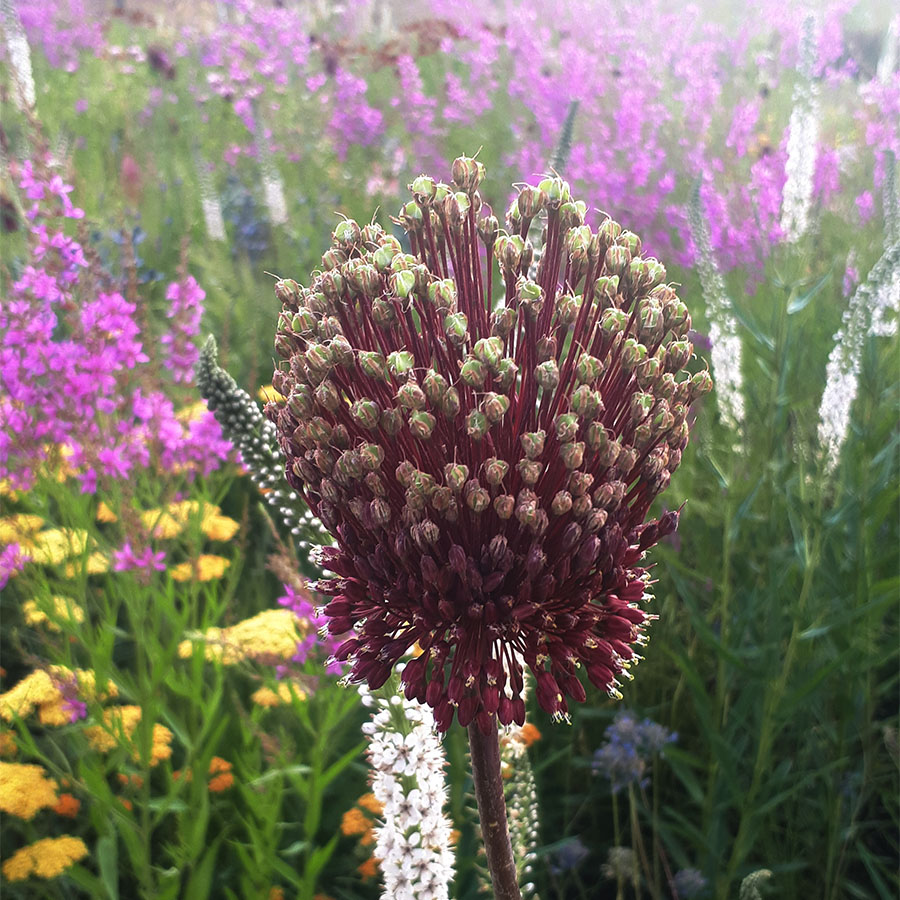 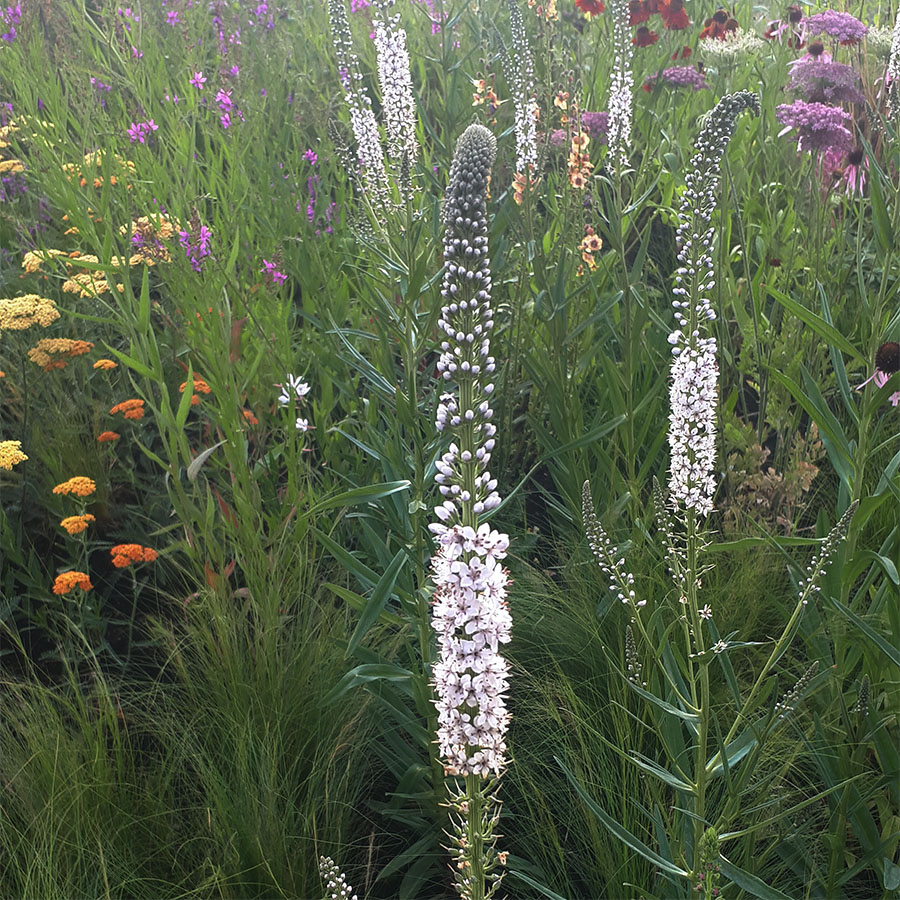 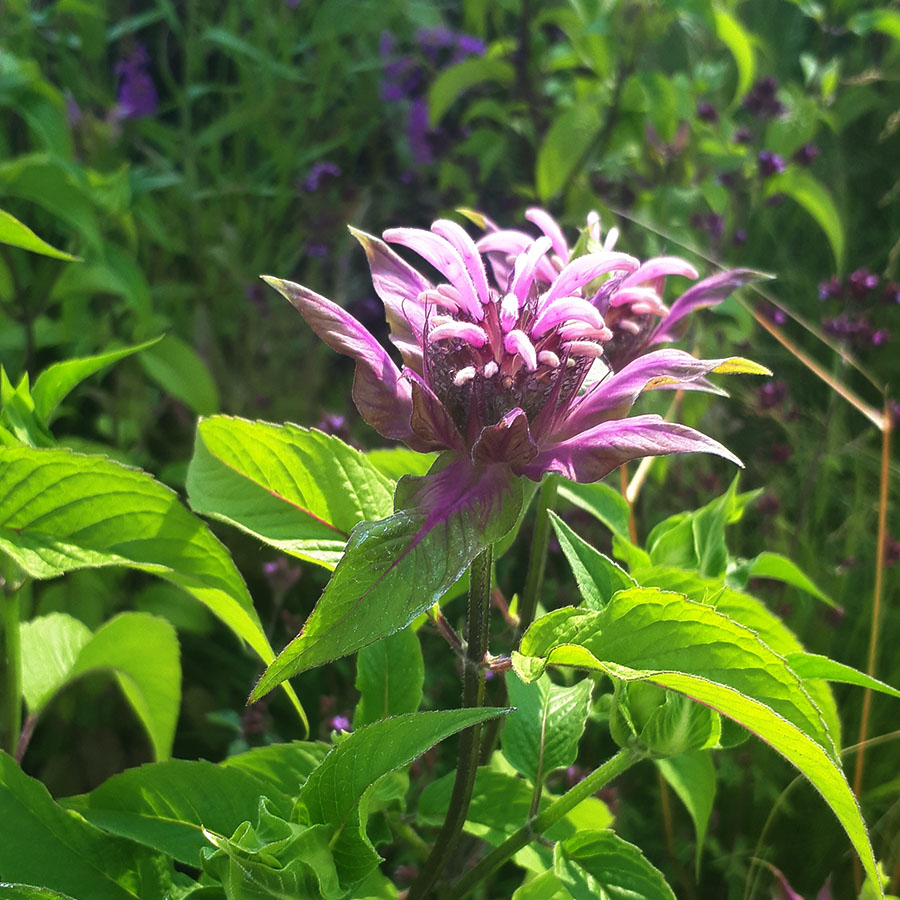 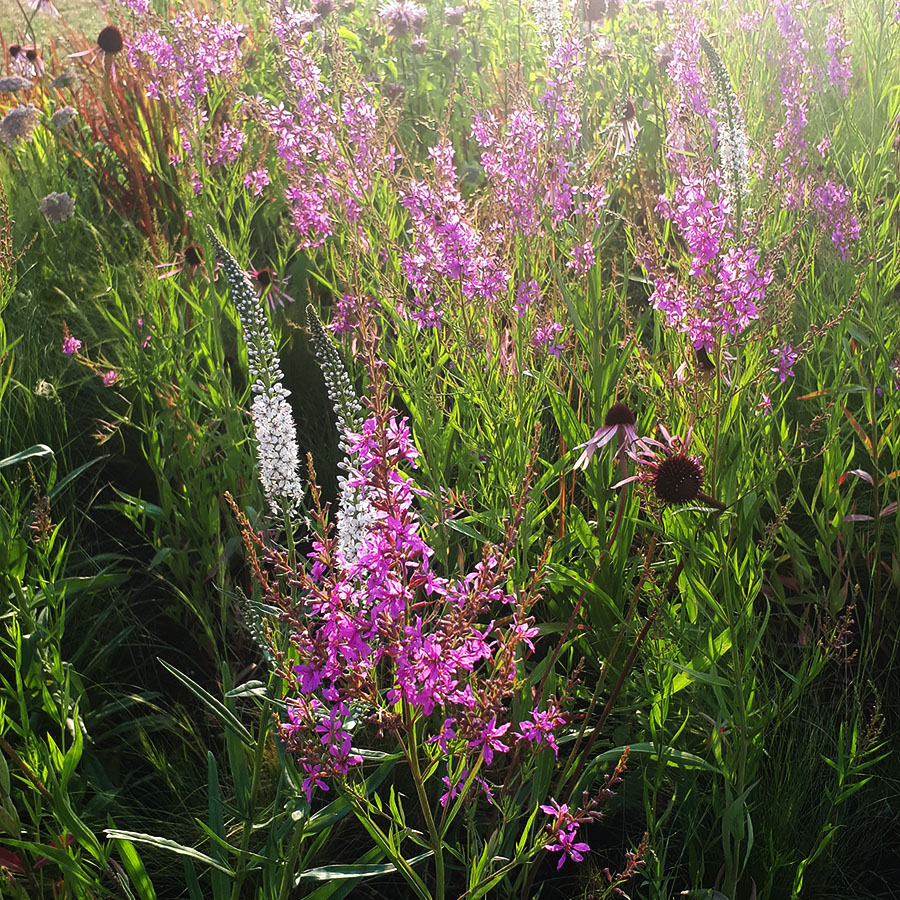 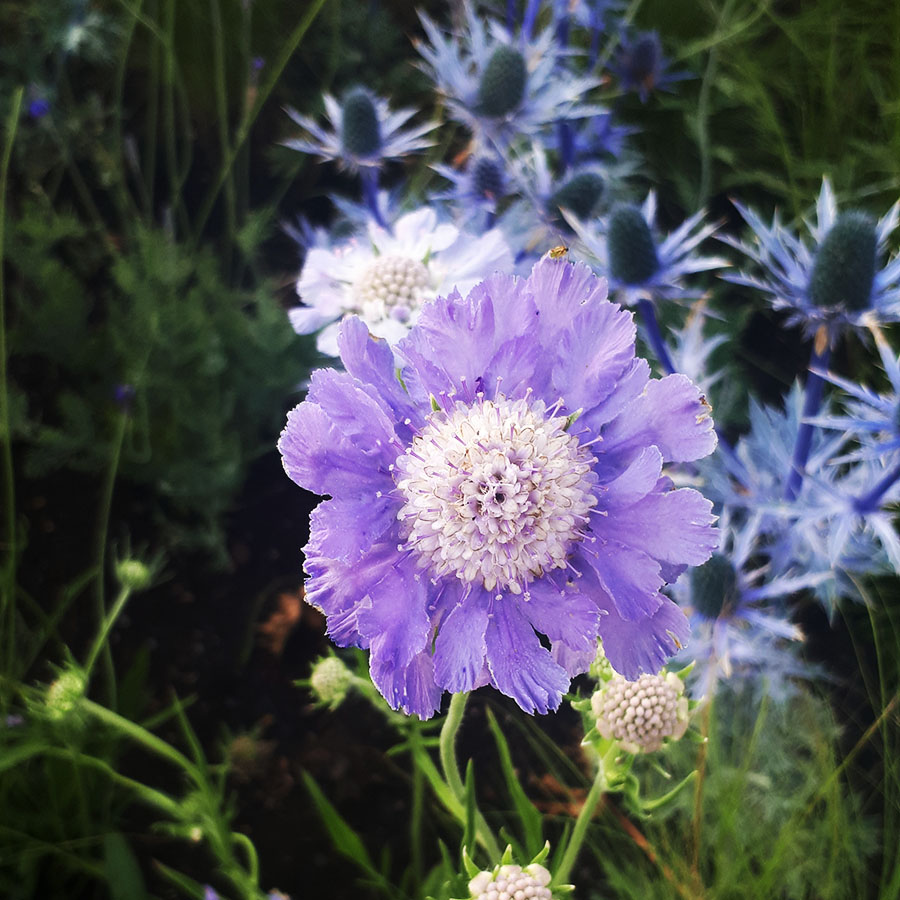 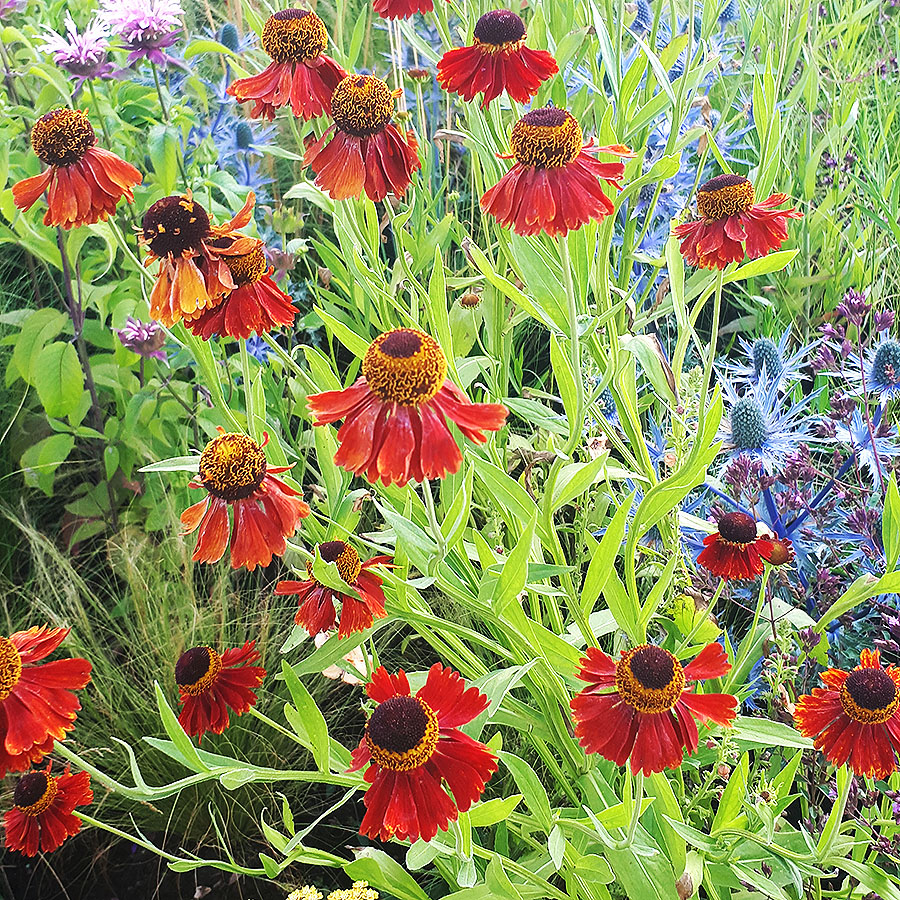 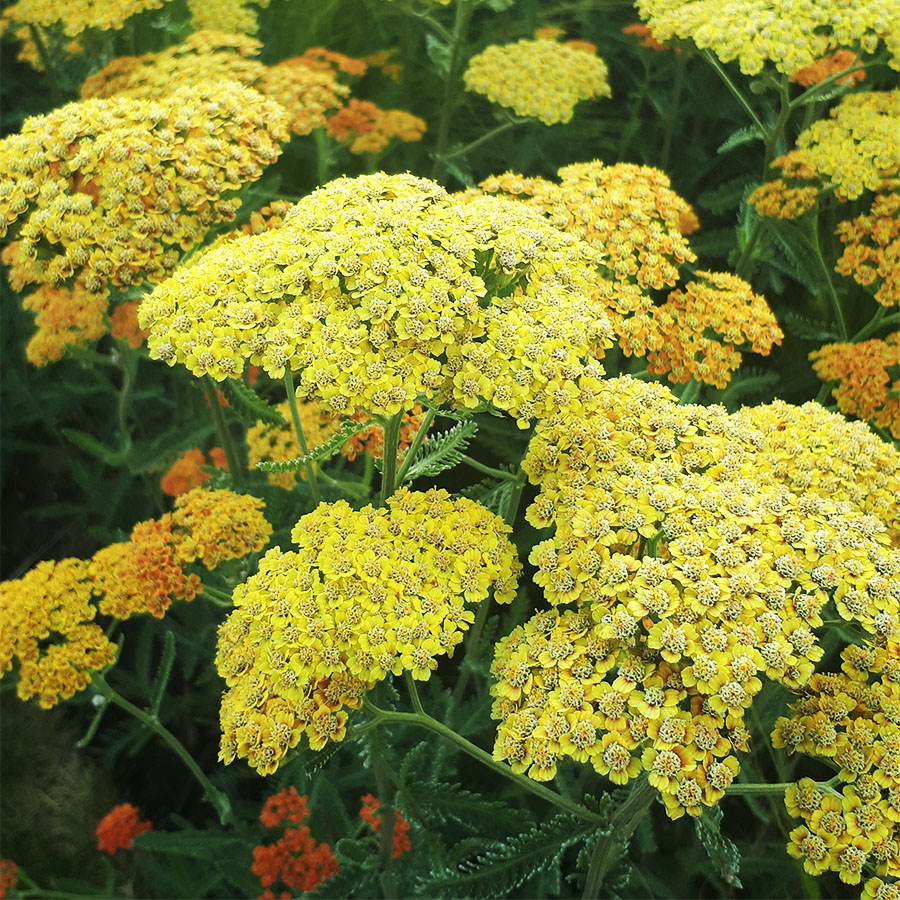 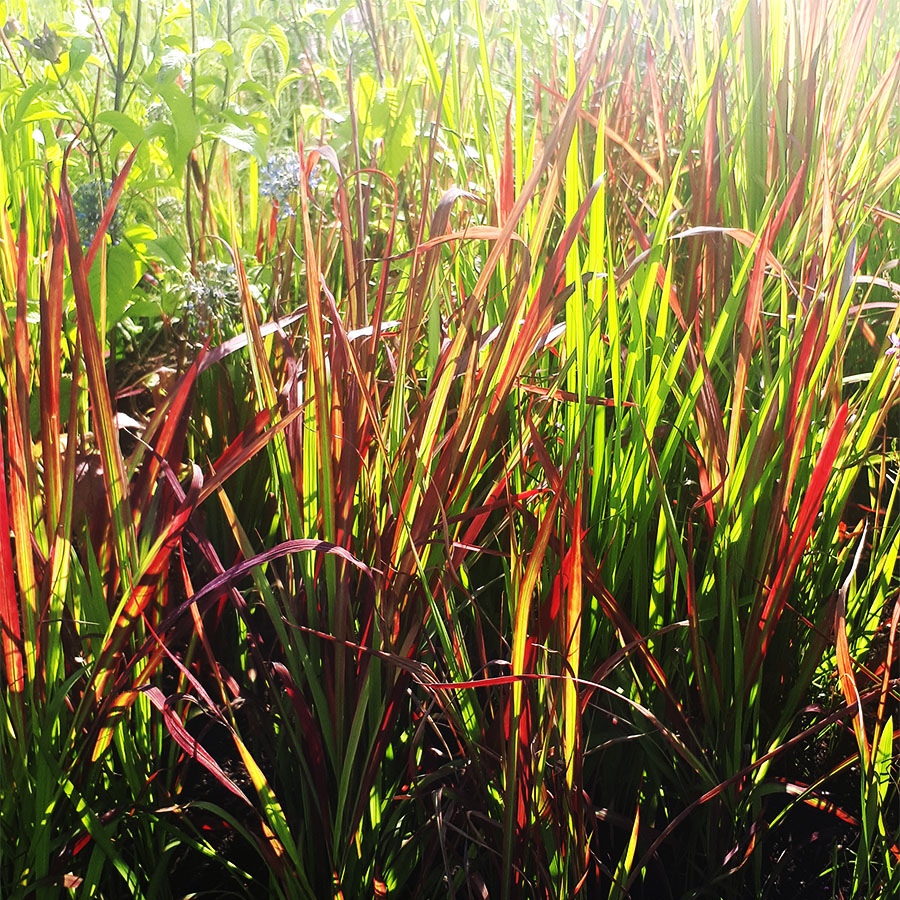 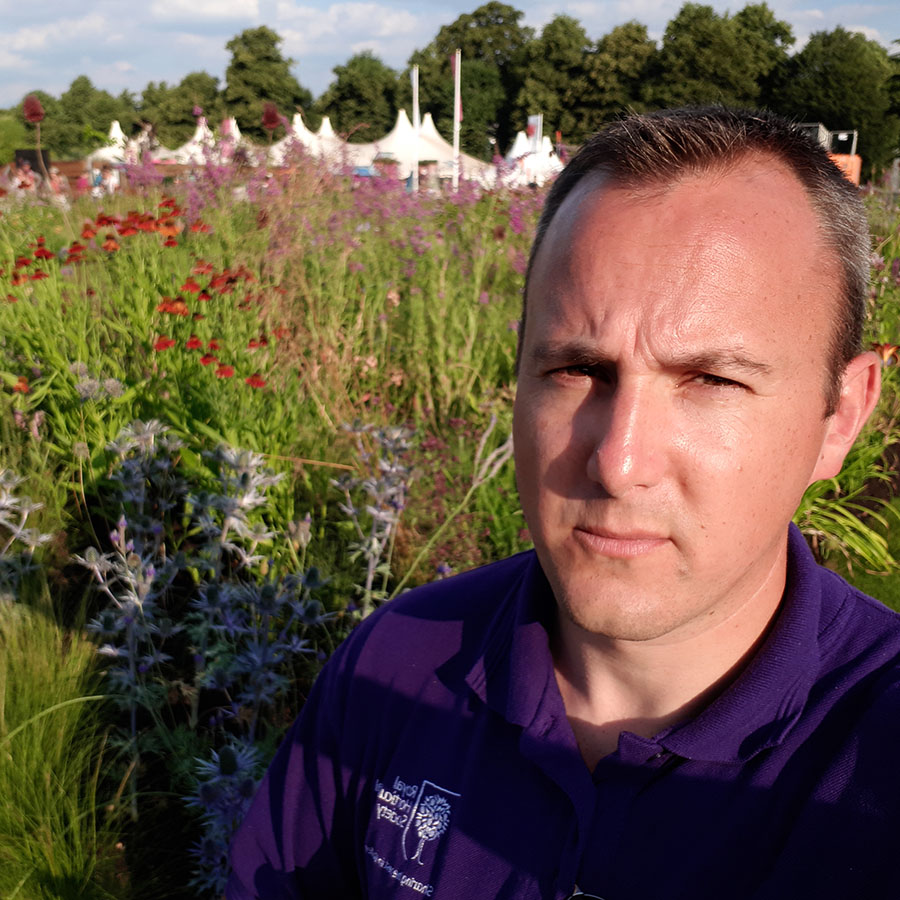 I visited the Hampton Court show gardens of course which are not as large as at Chelsea and enjoyed getting new ideas. My favourite show garden was the Charlie Bloom garden ‘Brilliance in Bloom’ (which won Silver) and the Santa Rita ‘Living La Vida 120’ garden (which won Gold and ‘Best World Garden’). There were a few others that I also loved, my top five are shown below: 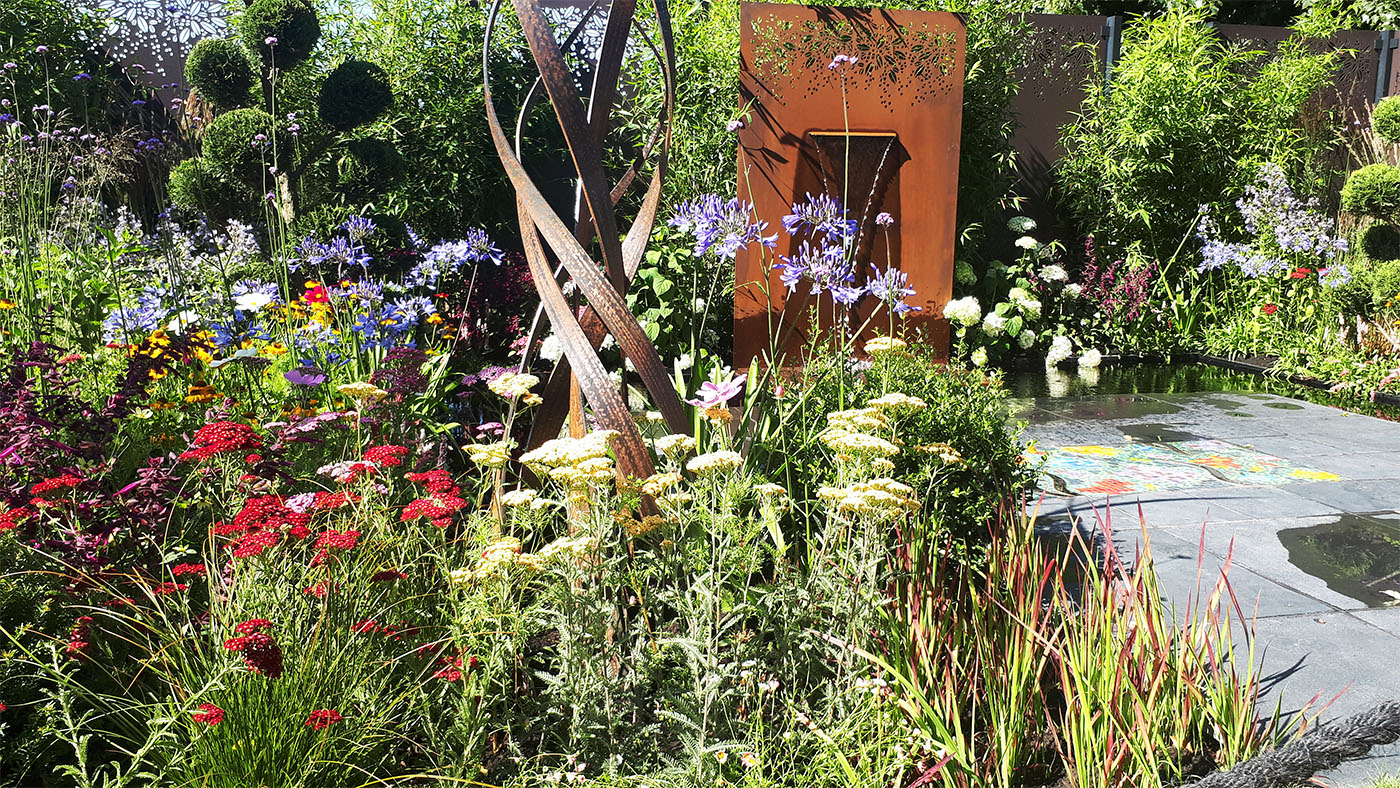 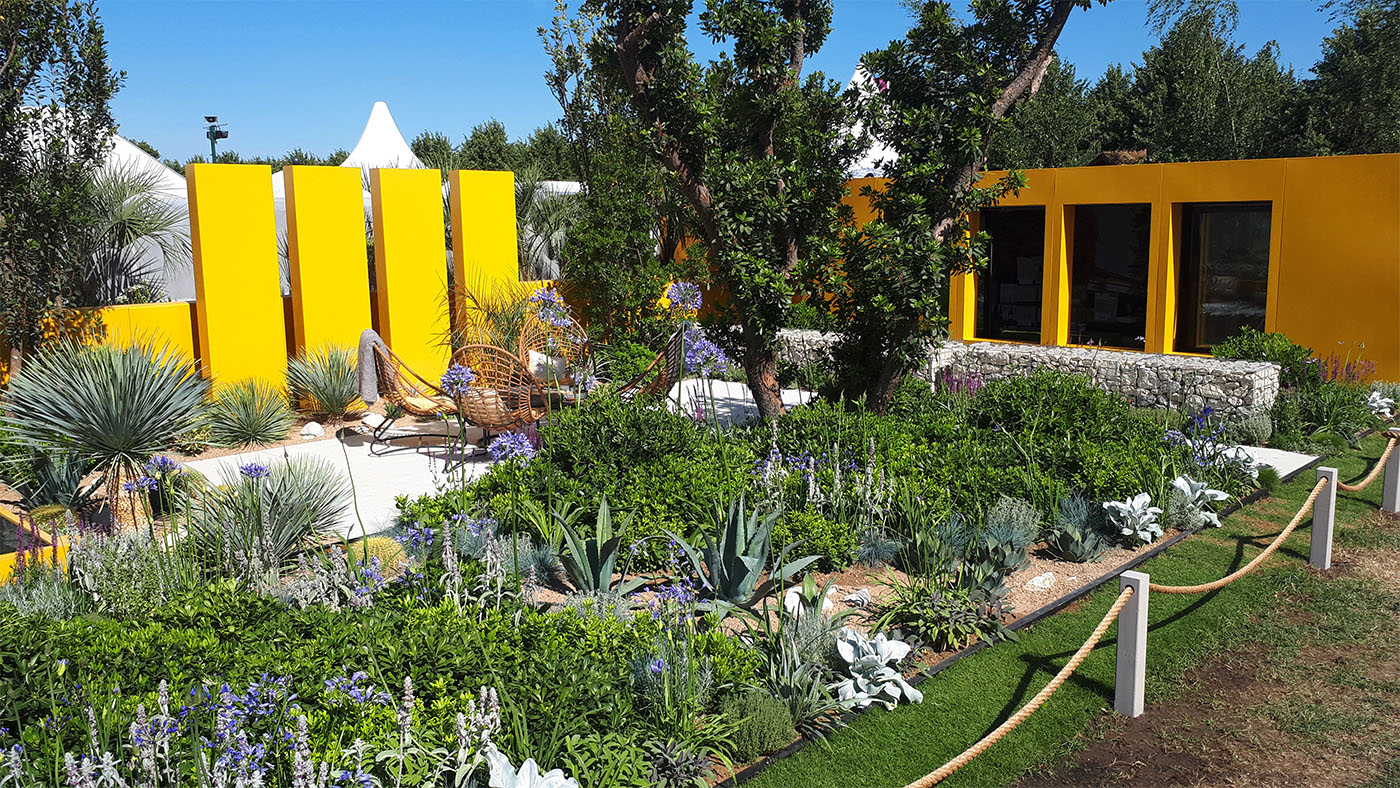 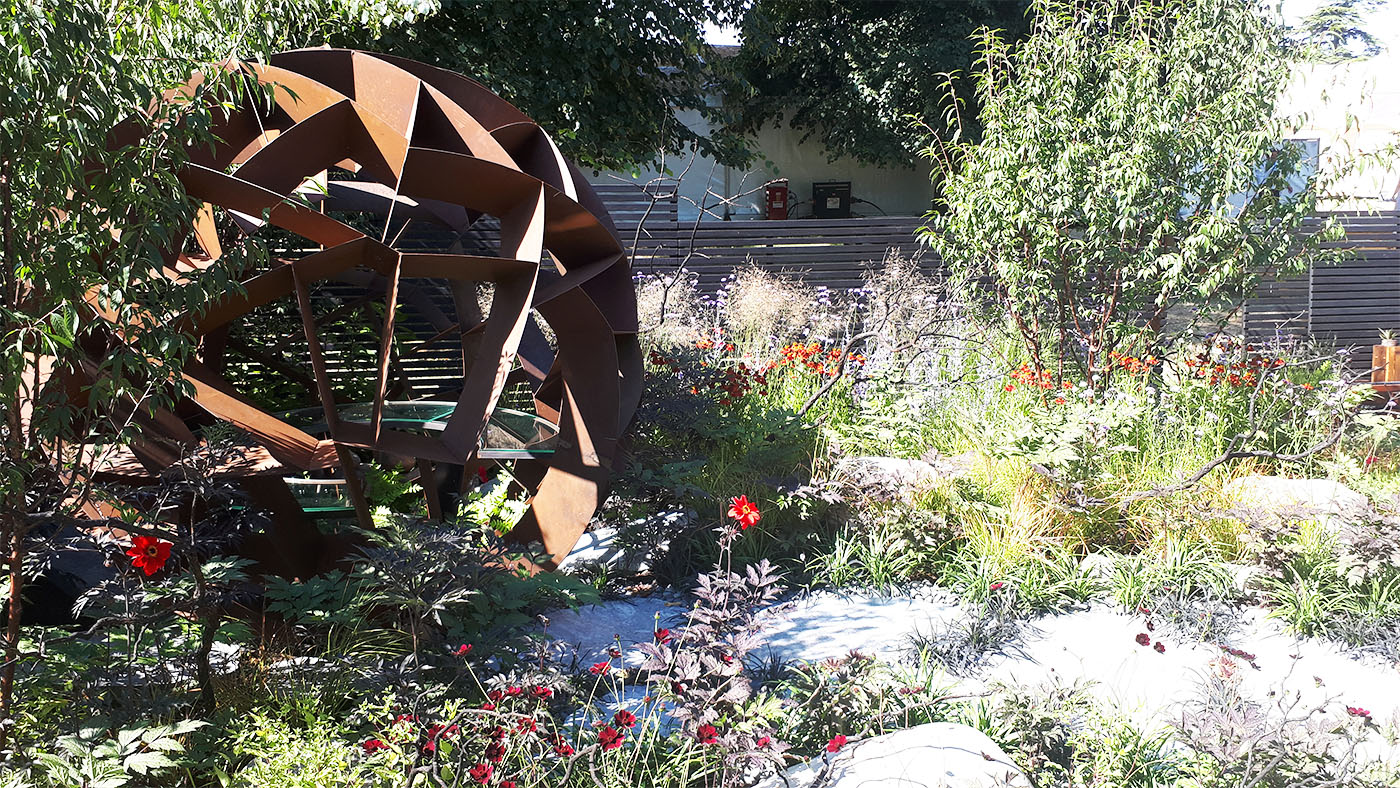 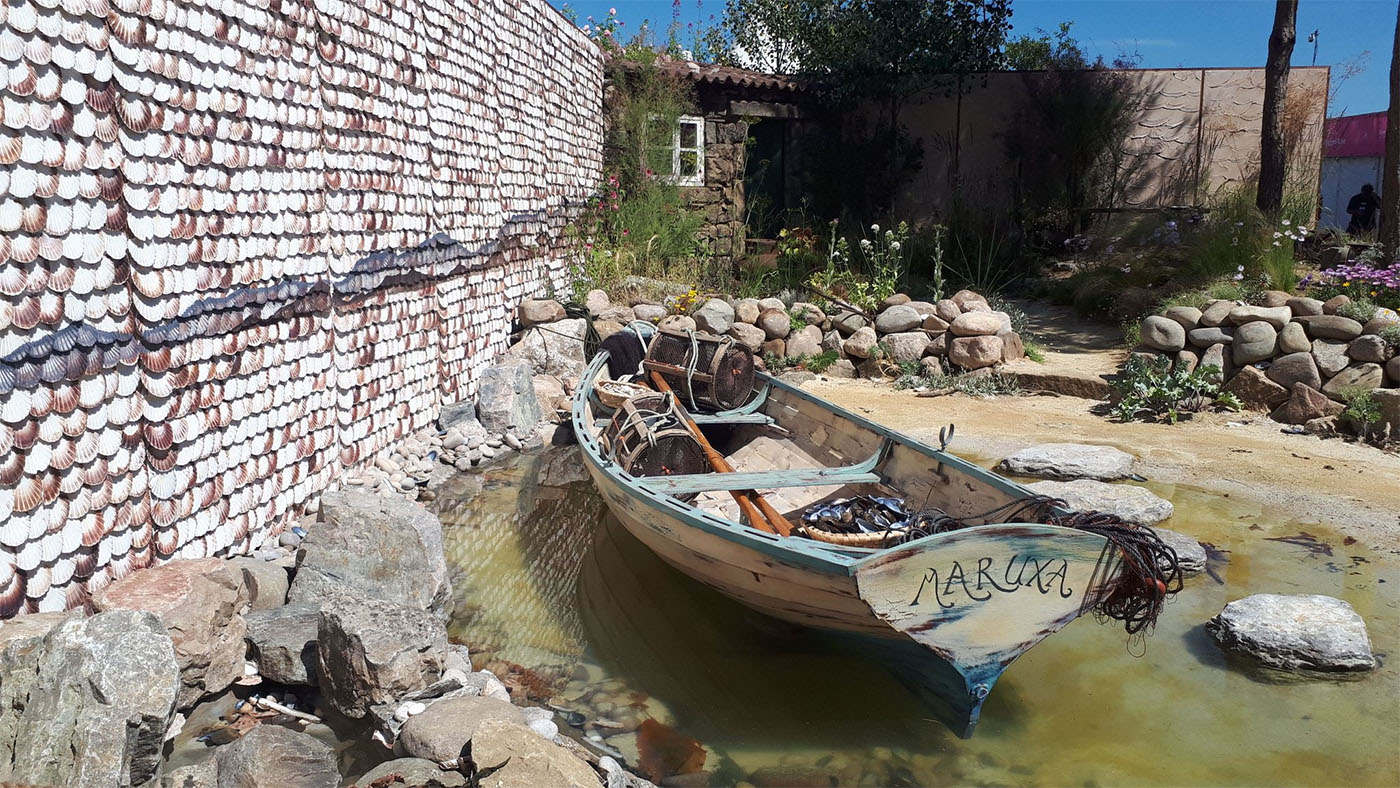 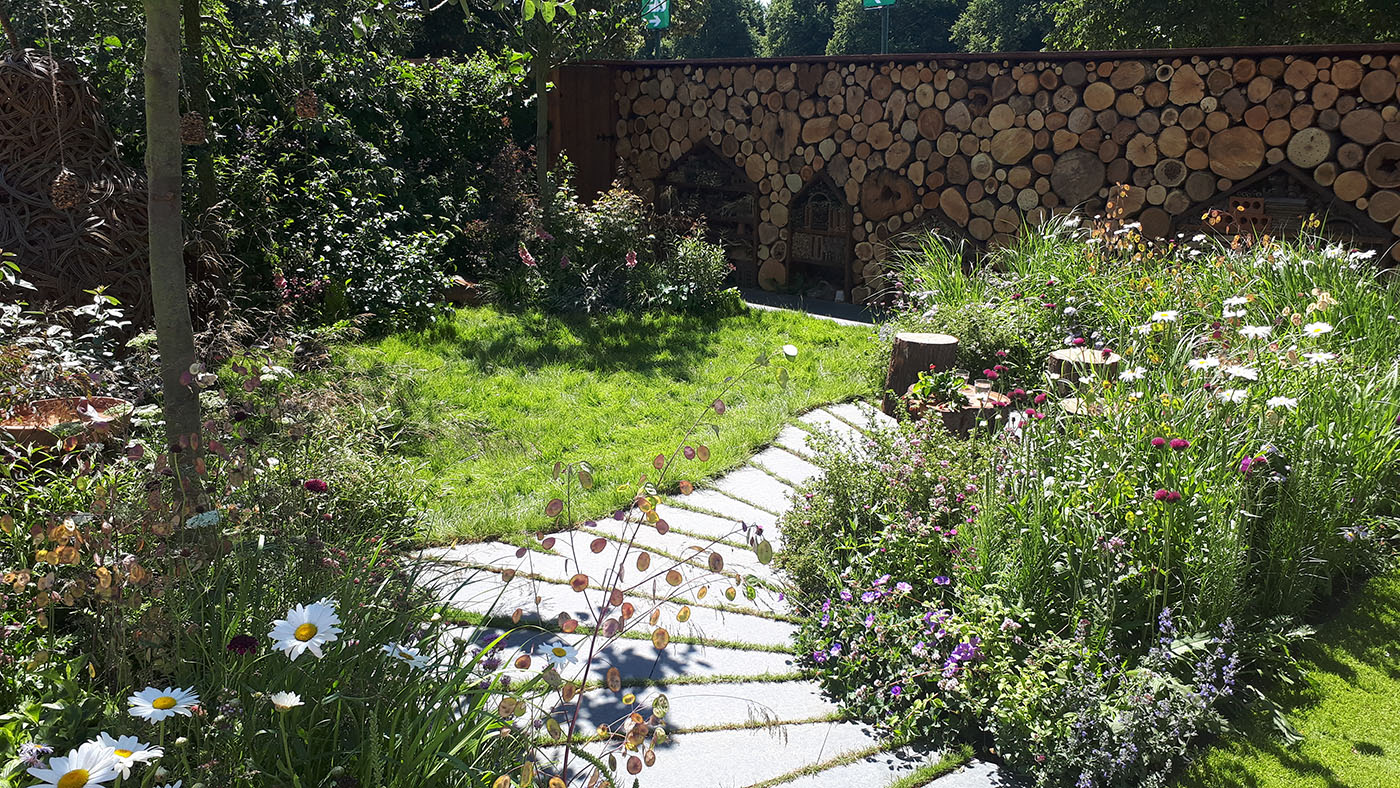 I was most impressed by this feature garden. It was a perfect recreation of WW1 trenches and took you from a bare desolate landscape to a recovering battlefield where craters had become ponds on which Dragonflies danced. Walking through the trenches on Press Day without crowds I felt very moved by the experience, such was the quality. It was two years in the planning apparently and quite marvellous. I’d say it was probably the best thing I saw at the entire show. 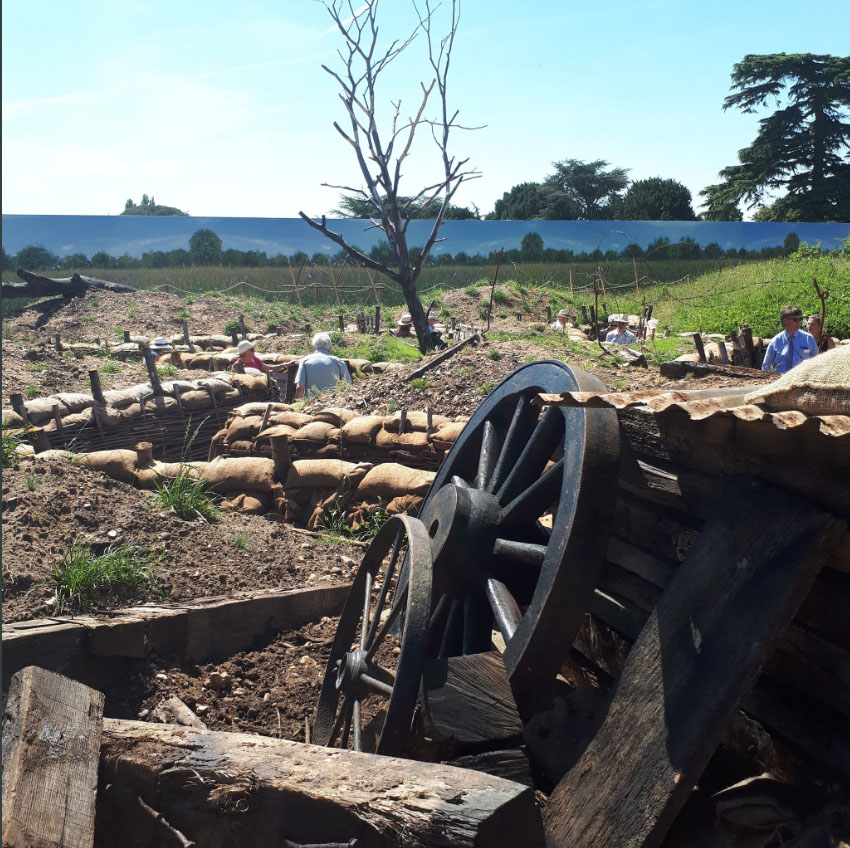 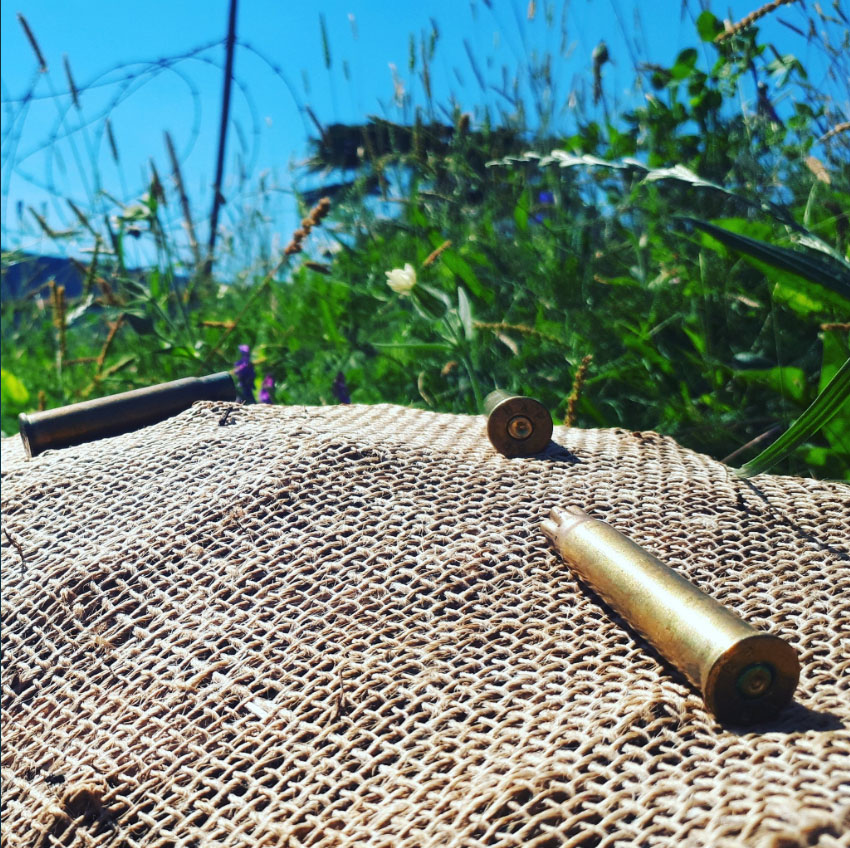 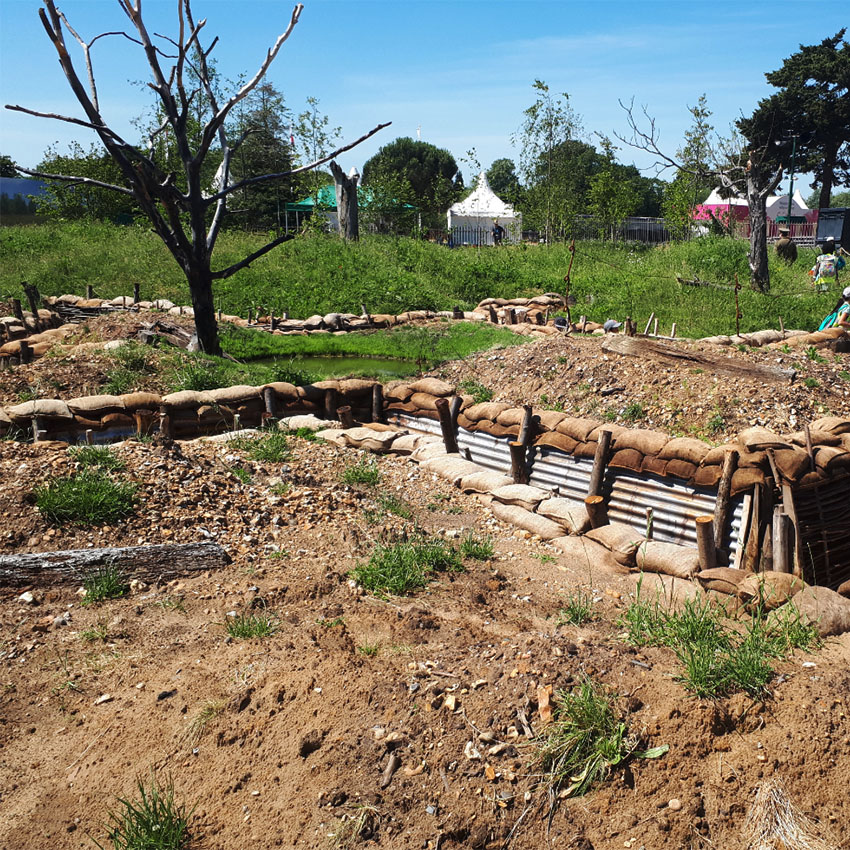 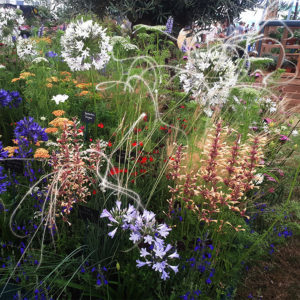 My favourite plant of the entire show was found in the Floral Marquee on a stand with Todd’s Botanics – a feather grass called Stipa Barbata (right). The feathery tip autographs the air like a sparkler. I had to buy one of course – unlike Chelsea plants are sold at Hampton Court which is a big bonus. Many people have asked me whether I prefer Hampton Court or Chelsea Flower Shows and the answer is that they are very different so cannot be compared. Chelsea is like a well oiled machine of perfection, it proceeds at pace shouting as it goes and draws in the celebrities and crowds. Hampton Court is calmer, more relaxed, yet still incredibly busy but somewhere between your favourite village summer fayre and a visit to RHS Wisley. I’d advise visiting both shows of course but volunteering is even better!