As you should know by now, last week I was a volunteer for the Royal Horticultural Society (RHS) at Chelsea Flower Show. When you volunteer for the RHS there are a range of roles available to you but I opted for a ‘Feature Gardens’ role. Specifically, this role meant I was attached to The Weston Garden in the heart of the Great Pavilion. This garden was designed by multi-award winning and international garden designer Tom Stuart-Smith. It was Tom’s first Chelsea garden for eight years and a garden built to celebrate 60 years of the Garfield Weston charitable foundation. It also provided a small hint of the future RHS Bridgewater site being built at Salford near Manchester, that too planned by Tom (with a £5 million contribution from the Garfield Weston foundation). This was not a garden to be judged (let’s face it Tom doesn’t need any more golds) but more of a showpiece garden.

Despite being situated inside the Great Pavilion, the Weston Garden contained impressive trees including a huge Lime tree in addition to Styrax, Amalanchier and Cornus trees. Beneath these grew Box, grasses, shrubs and flowers. Publicly accessible paths lined with reclaimed yorkstone weaved their way through the garden enabling visitors to do more than simply gaze from the sidelines. Entering a garden was quite a novelty for many visitors to Chelsea, I had to reassure quite a few of them that is was OK to ‘come aboard’.

Many a visitor found it hard to believe that the garden was a temporary structure and not in place all year round “But it looks as if it’s been here for decades!” exclaimed one Australian visitor to me, “But how have these enormous trees got inside?!” asked another (to which I always answered jokingly that the Pavilion was built after the garden). The trees provided a lot of shade and the planting style was therefore designed for shady or partially sunny conditions – damp shade rather than dry shade, and neutral to acidic soil. Here is a video which tells you a little bit about the Weston Garden with a great time-lapse of the build process:

How was the Volunteering?

Typically I spend most of my working day sitting in front of a screen looking at website code and content management systems, the only public I see are statistics inside Google Analytics. It was really refreshing to get an opportunity to be public facing and enthusiastic about plants and gardens. I started out in the mid 90s working in retail management and merchandising (in the days before the Internet). In many ways I found being a Feature Garden volunteer brought back the satisfying customer service feelings I used to get then, except instead of memorising stockroom levels for shoes I had to very quickly learn some new Latin plant names

Unofficially there was also a little bit of deadheading to be done because the Camassias were quite literally going over during the day – on Thursday I deadheaded two whole beds at 7.45am only to find I was doing it again at lunch time. It saved Tom a job though, I saw him frustratingly trying to keep on top of the job himself the previous day in between TV interviews and public questions. It was very rewarding to be part of the garden experience by handing out brochures and plant lists and interesting to be on site during some of the BBC filming by Joe Swift and Nicki Chapman. 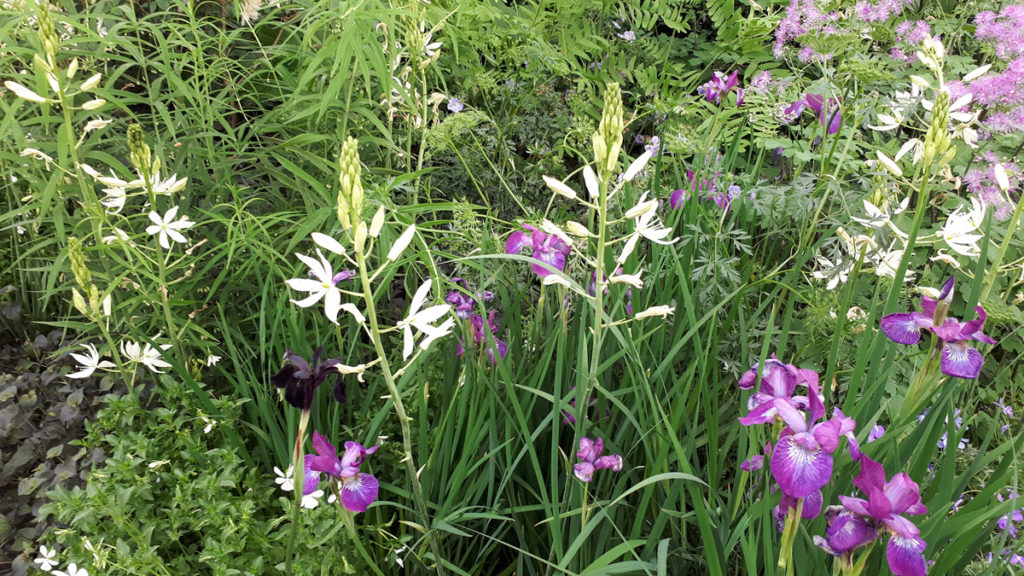 Camassias and Irises alongside Phlox divaricata ‘May Breeze’ and Polygonatum verticillatum

It would have been an impossible task for me to memorise and be able to ID the entire plant list across six different beds, so I stayed between beds five and six and got to know the plants around me. On day one I was really in at the deep end and continually looking at pieces of paper to answer the endless “Excuse me what is this plant?” questions. However by Thursday morning I had mastered the plants and was quite confident, gone were my reference papers, I must have seemed like a gardening expert because the questions changed to ‘How do I grow it?”.

The Most Popular Plants

I felt quite sad to be leaving at the end of my second and final volunteer shift at Chelsea because I had gathered so much plant information. This has given me an idea though, why not recreate the popular planting combinations of beds five and six from the Weston Garden at home? So that is what I am going to do this September in our front garden (which is something of an unplanned partially shady mess right now). I will be growing the following plant species around a new Cornus Kousa tree. I have listed them below in order of visitor popularity at the show, which may also help you to pick out a really stunning and ‘current’ garden plant. 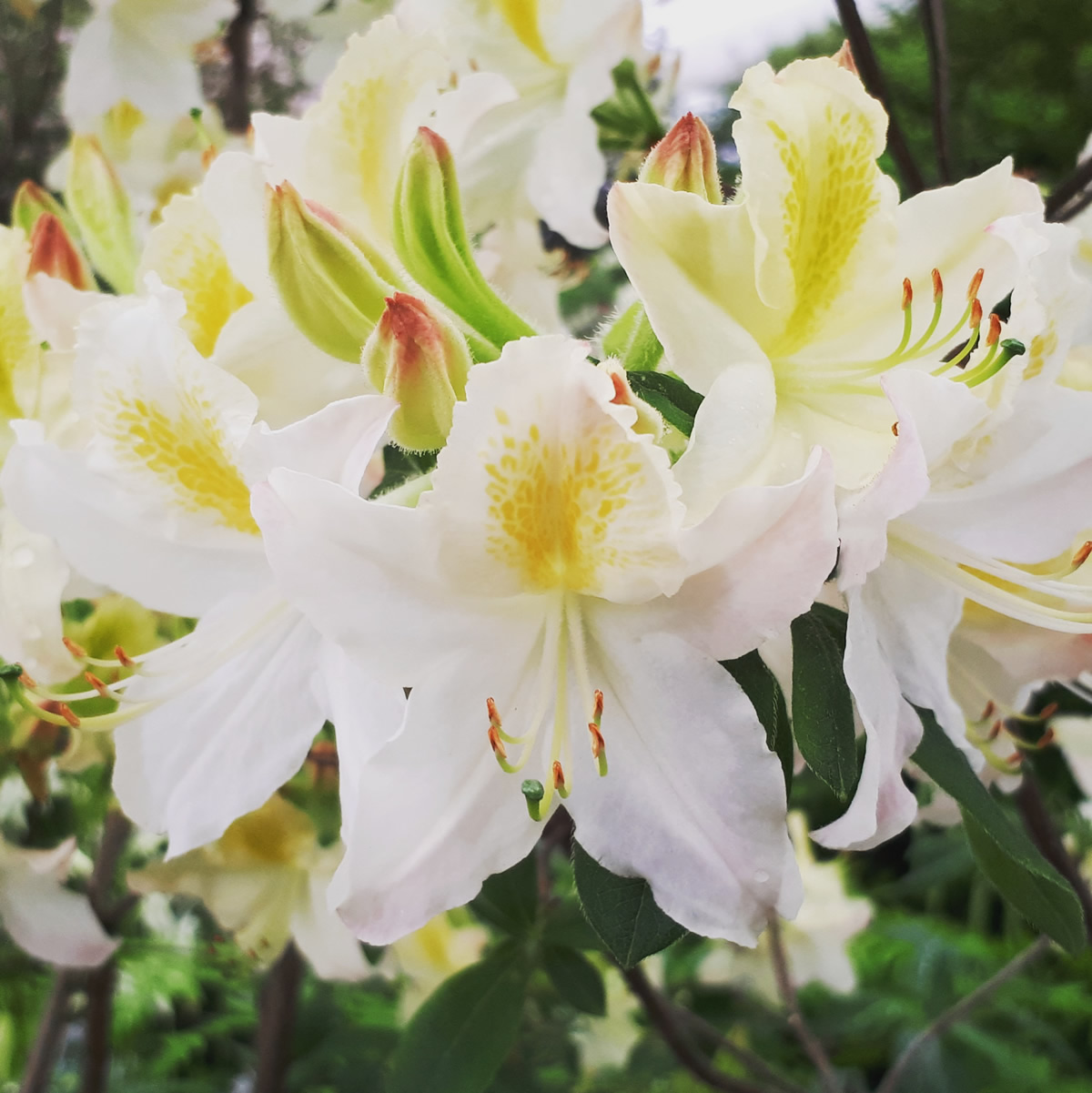 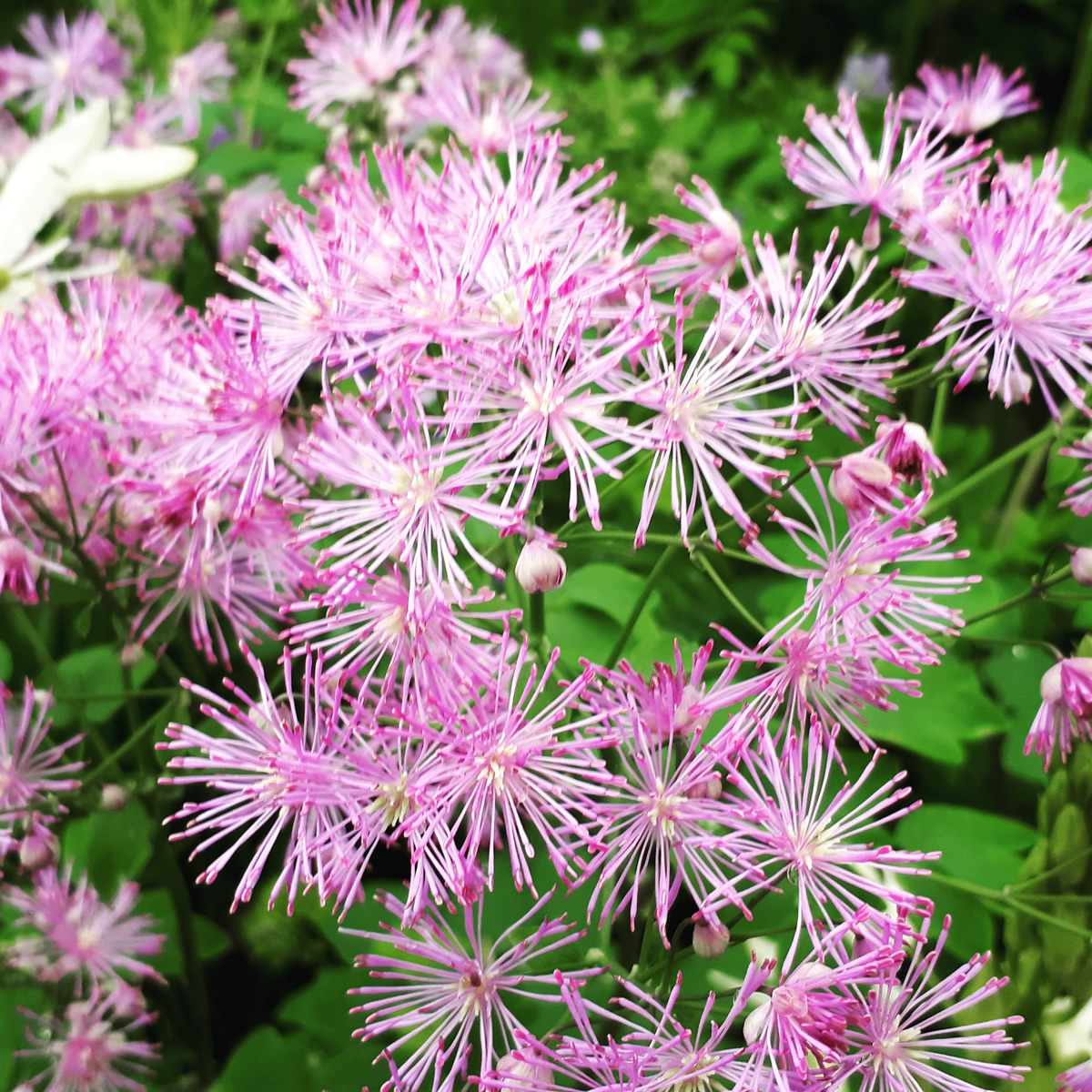 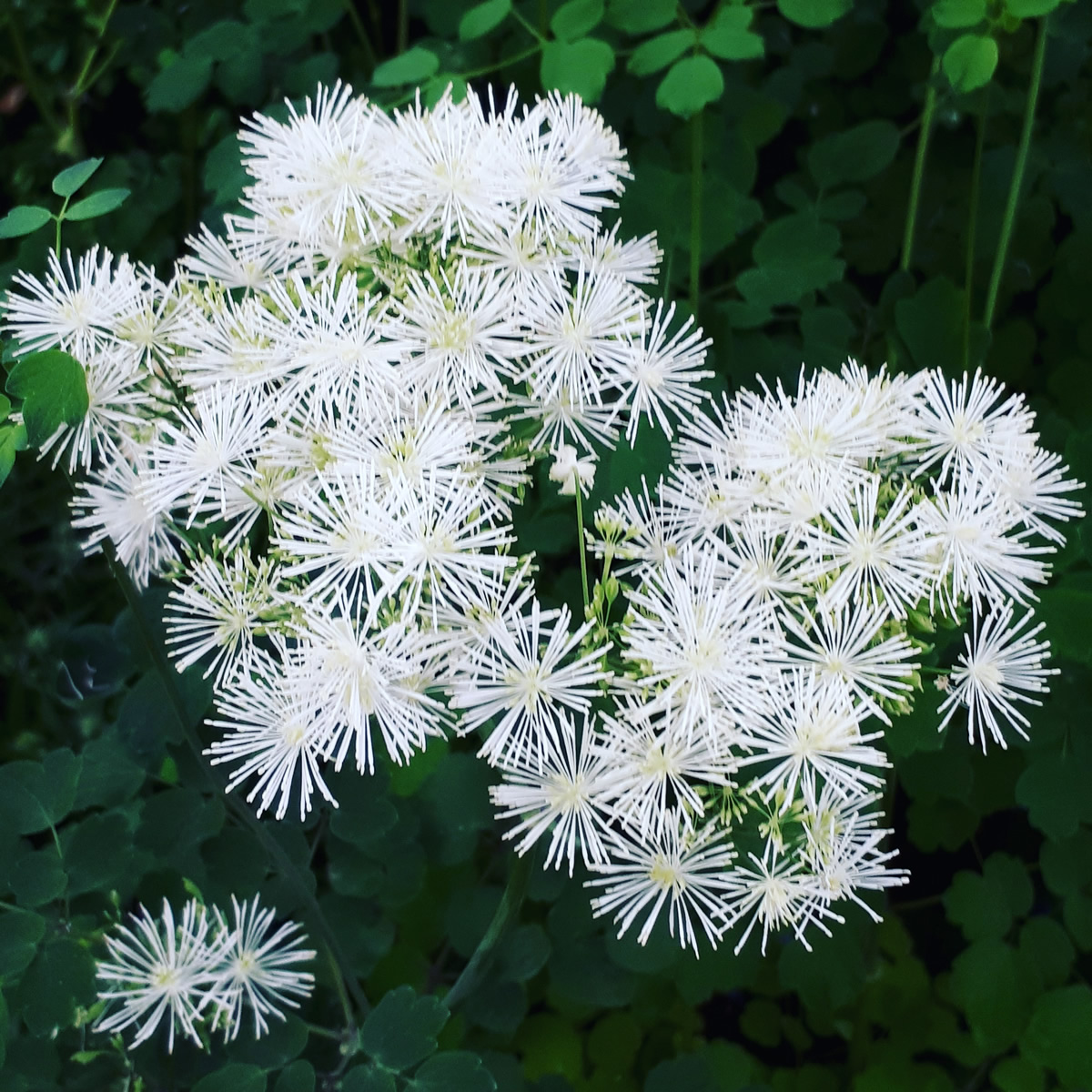 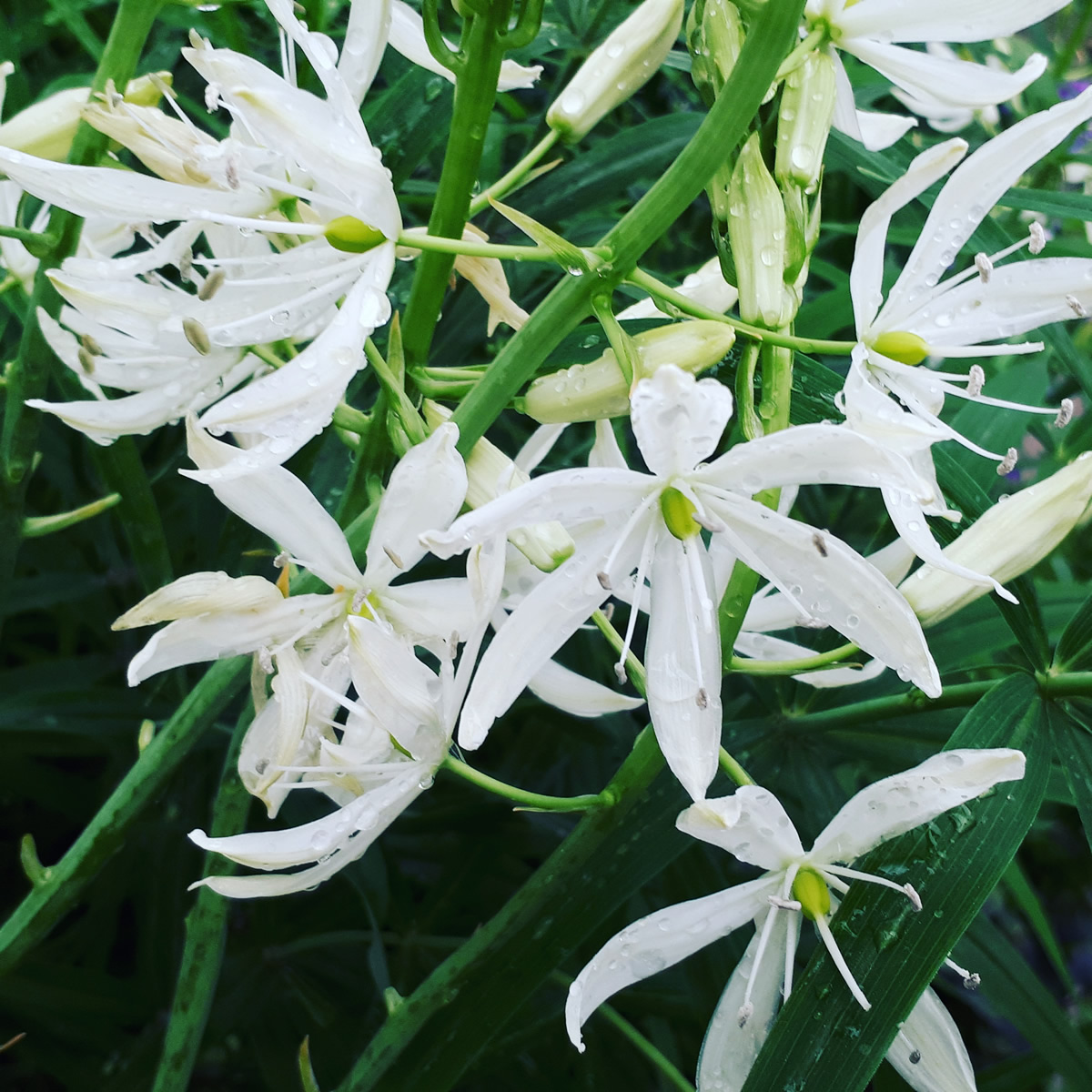 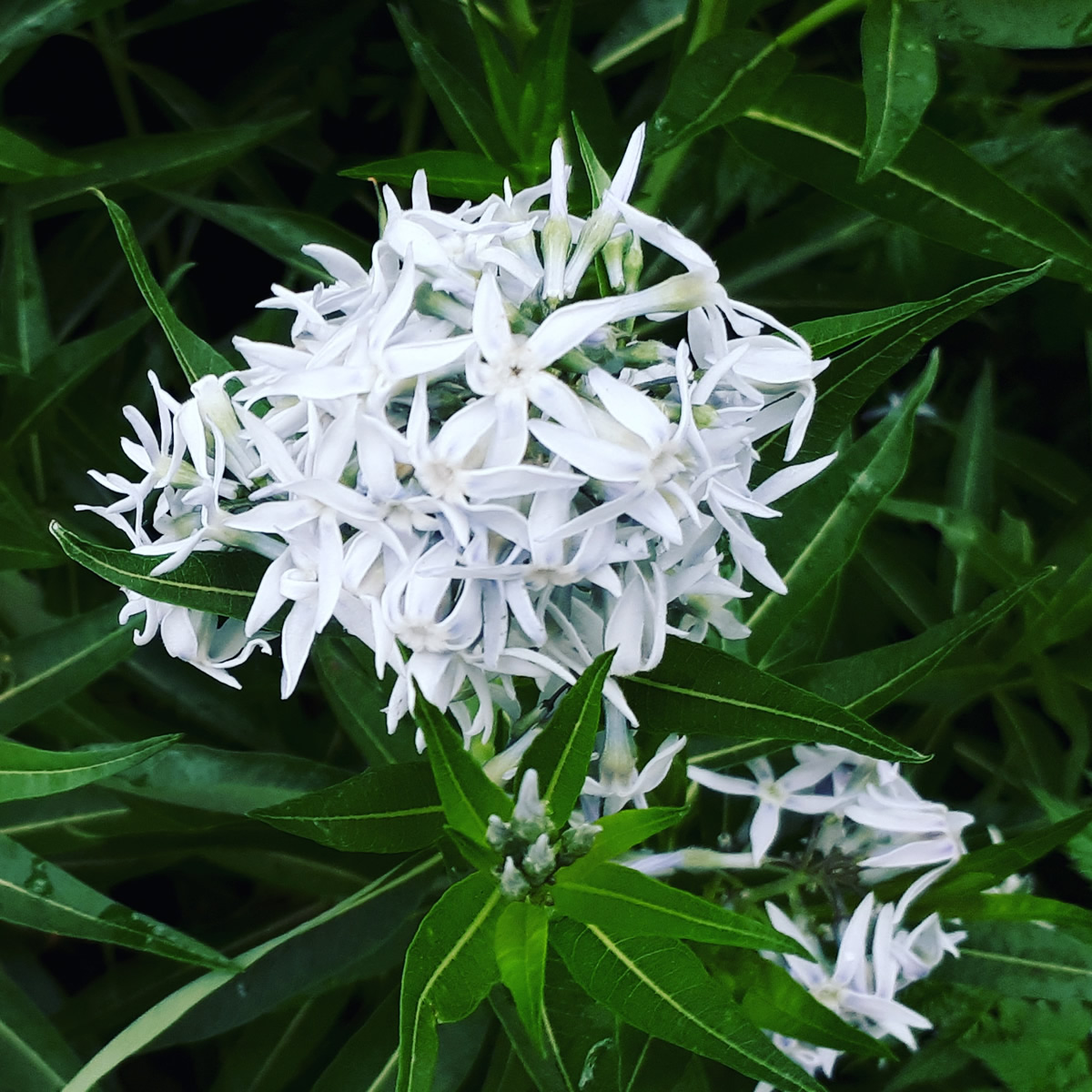 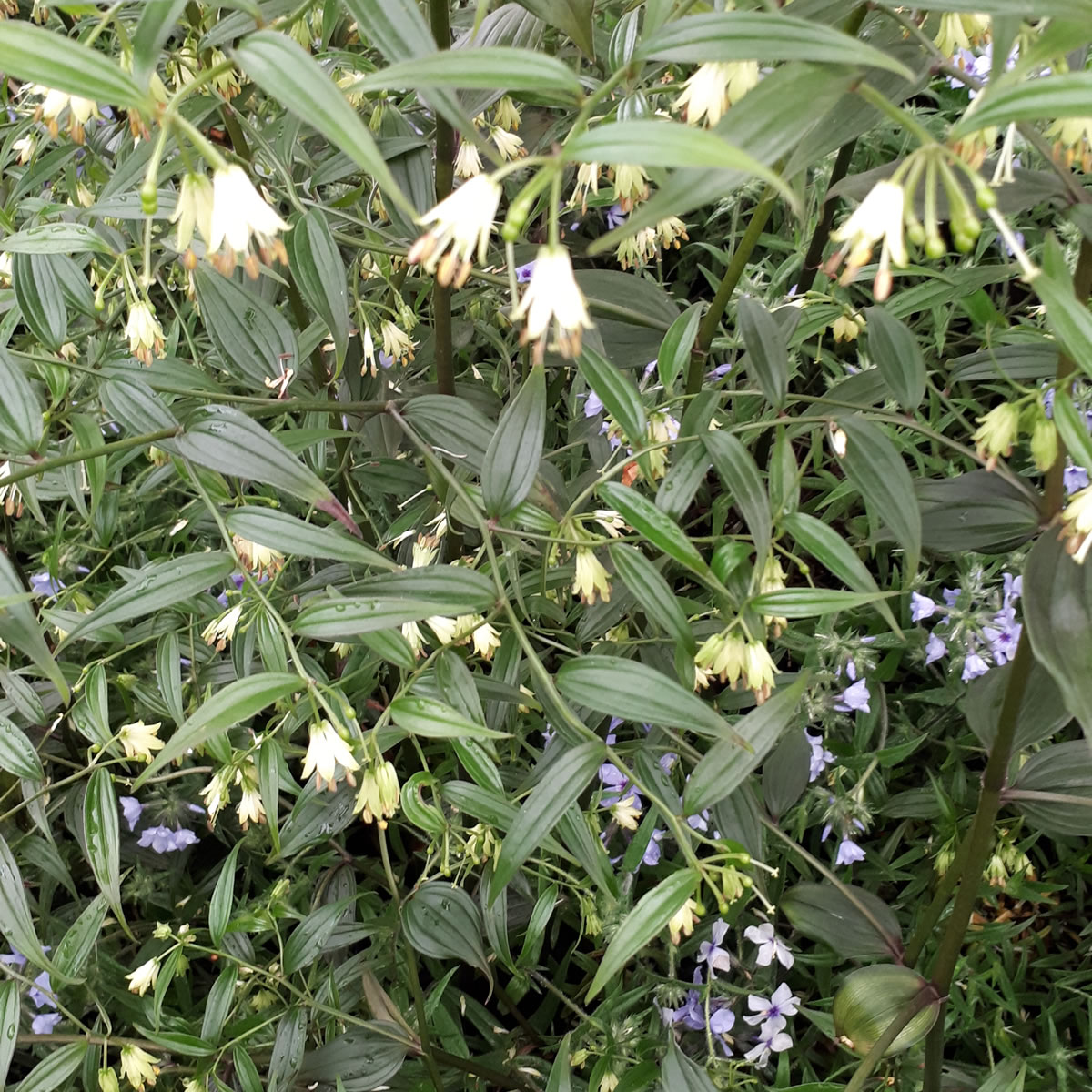 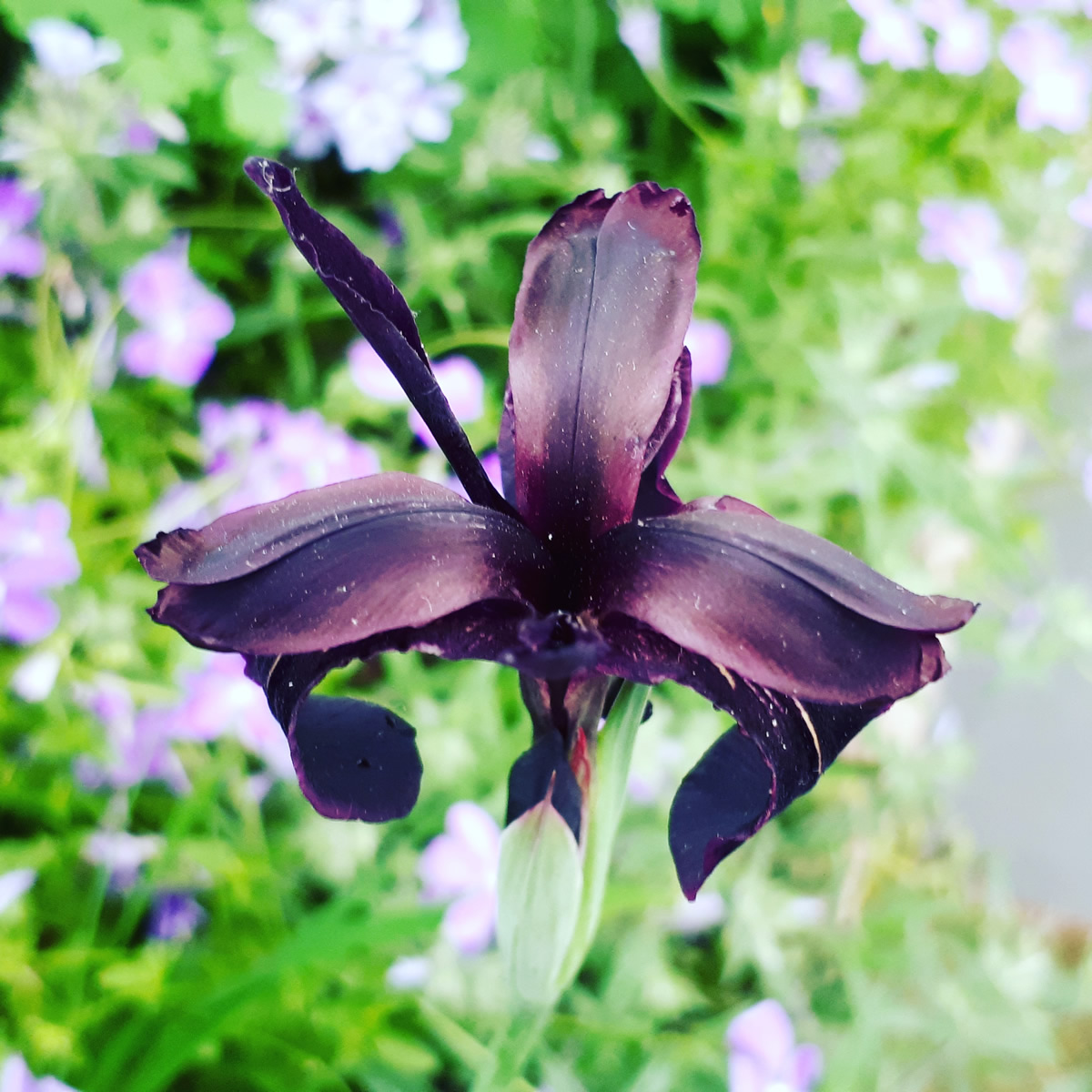 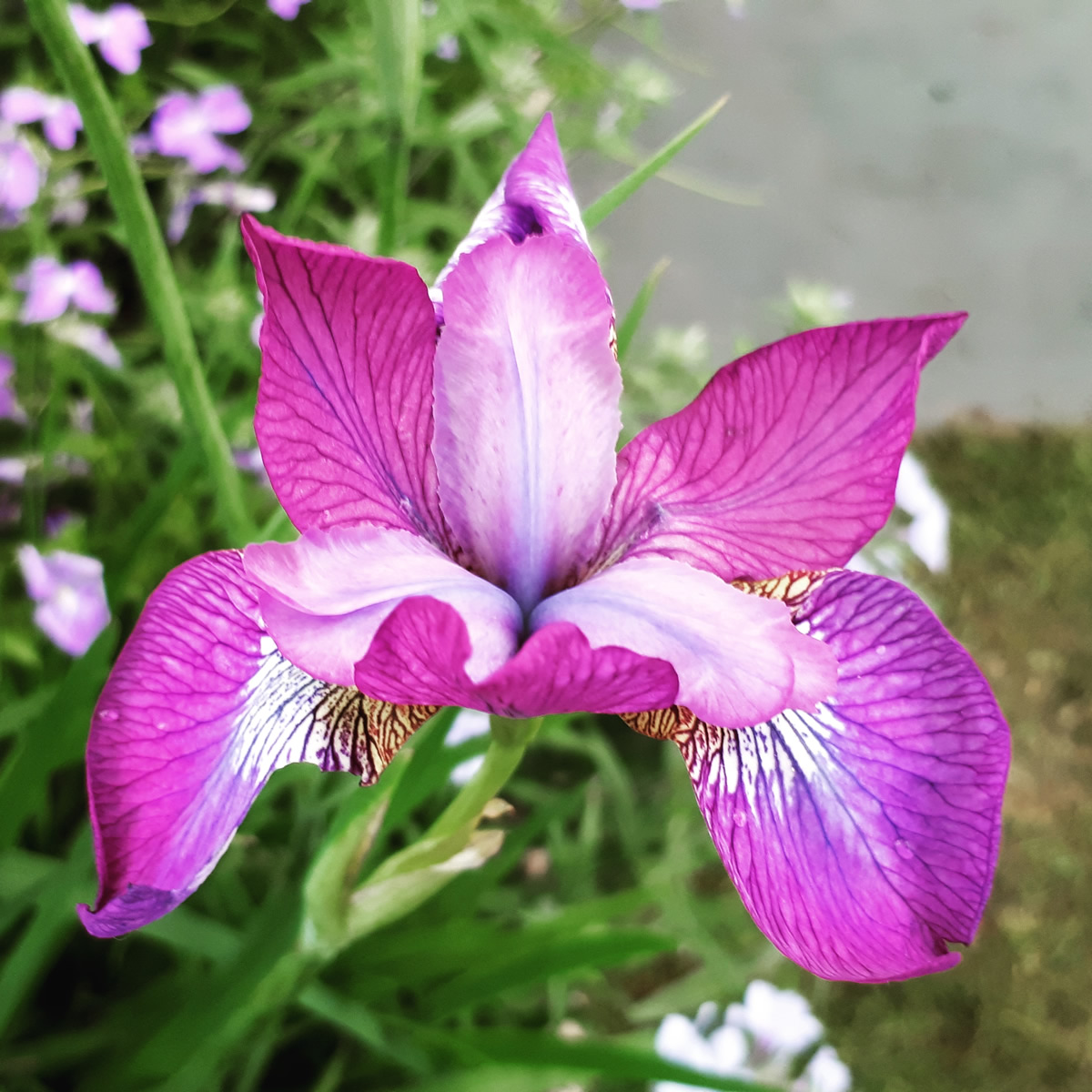 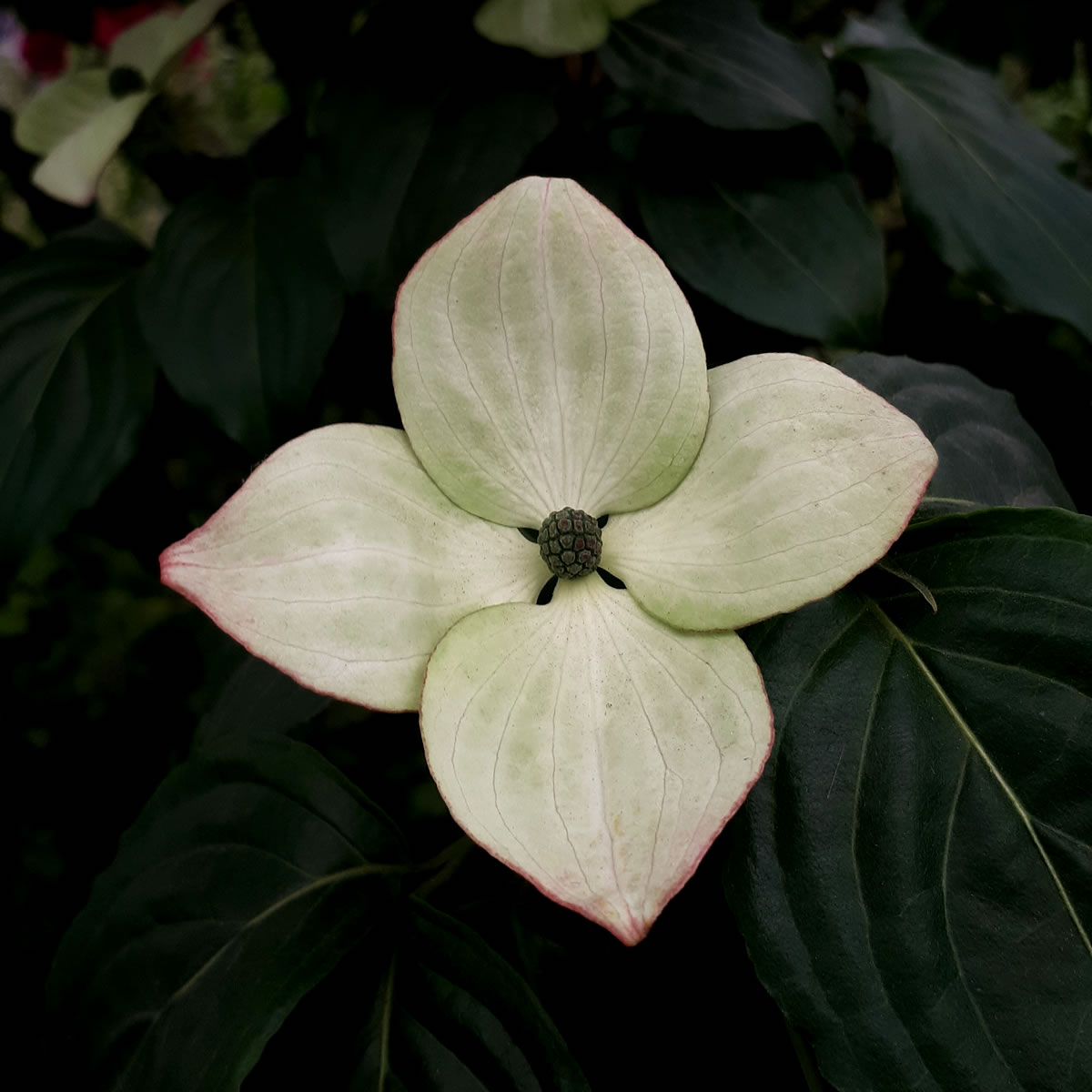 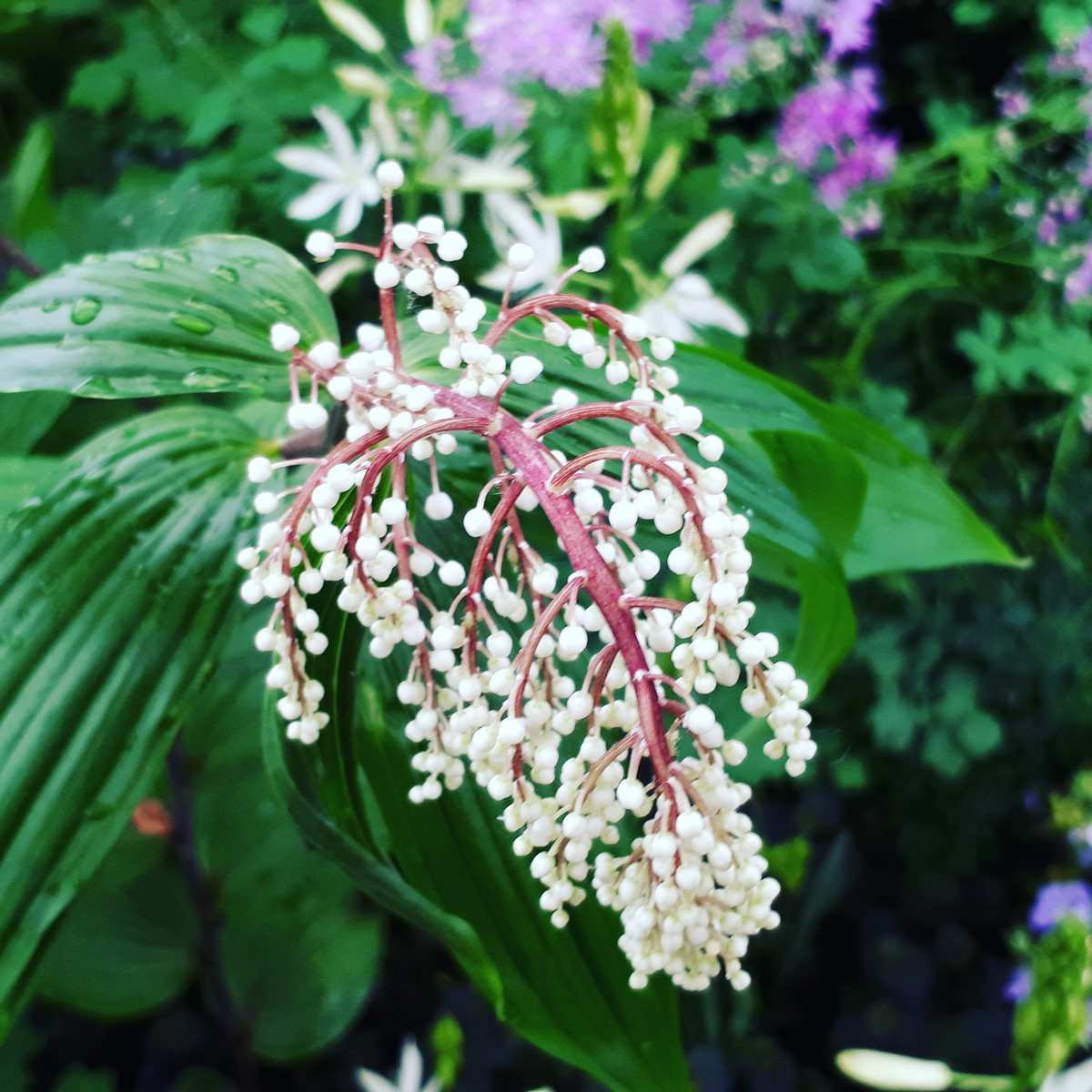 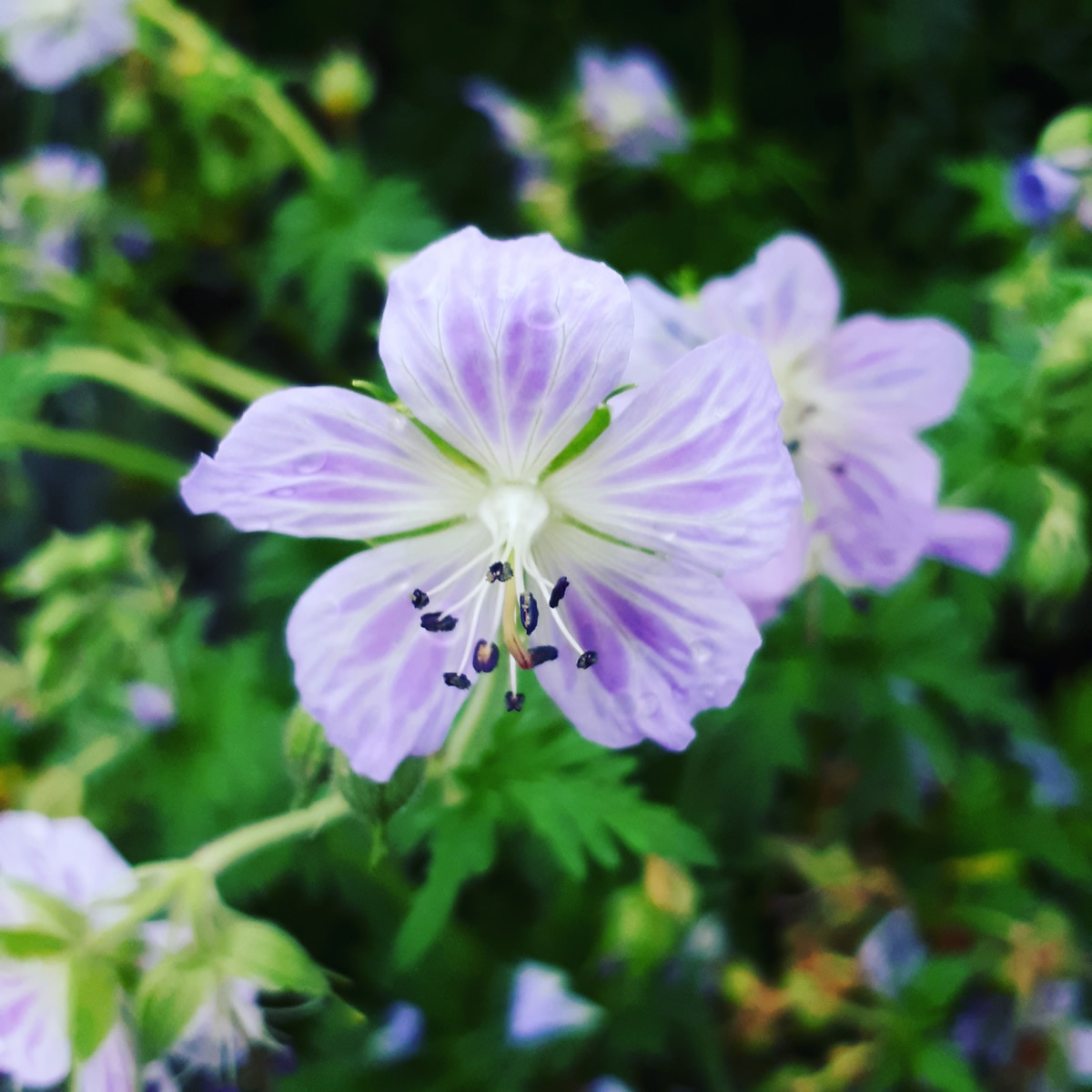 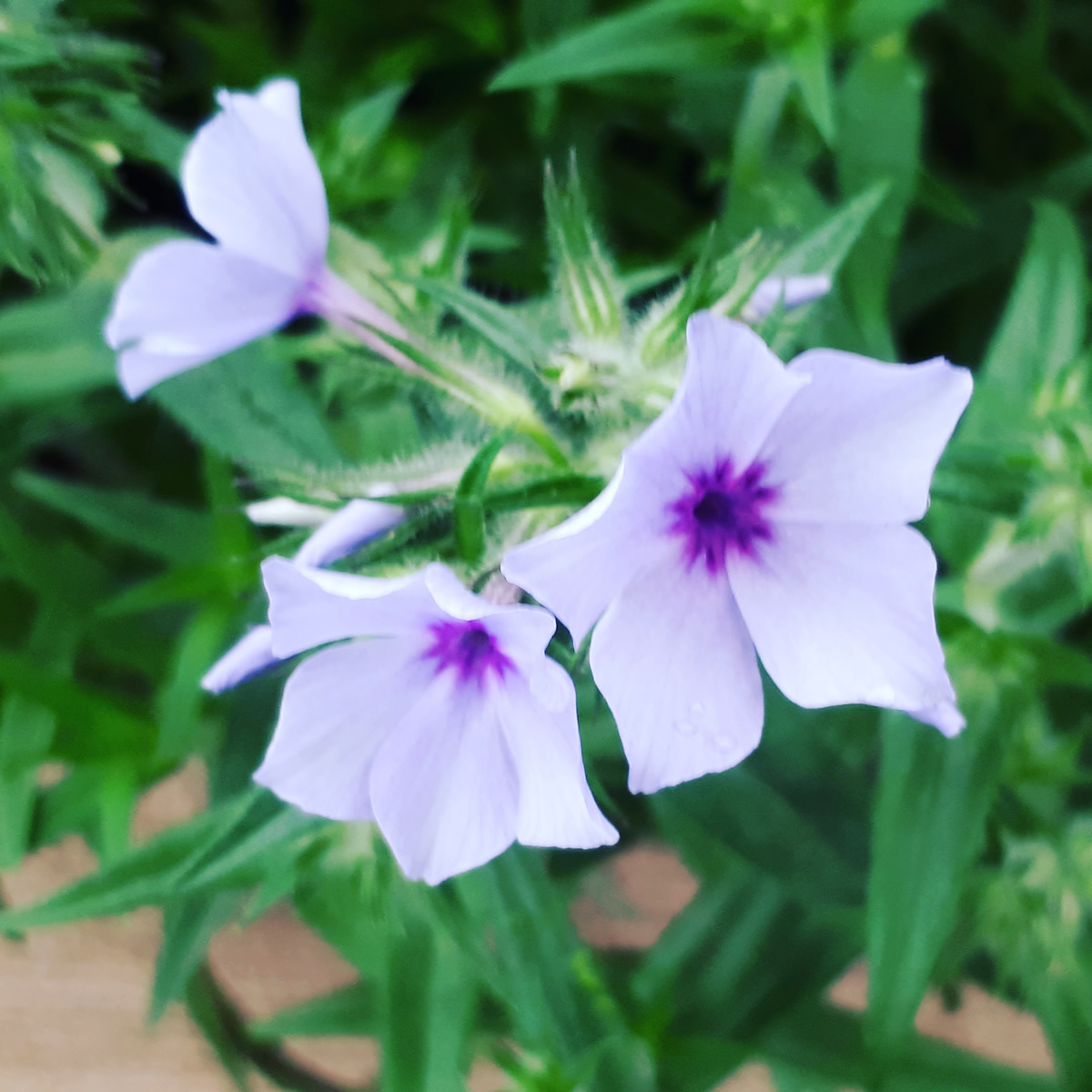 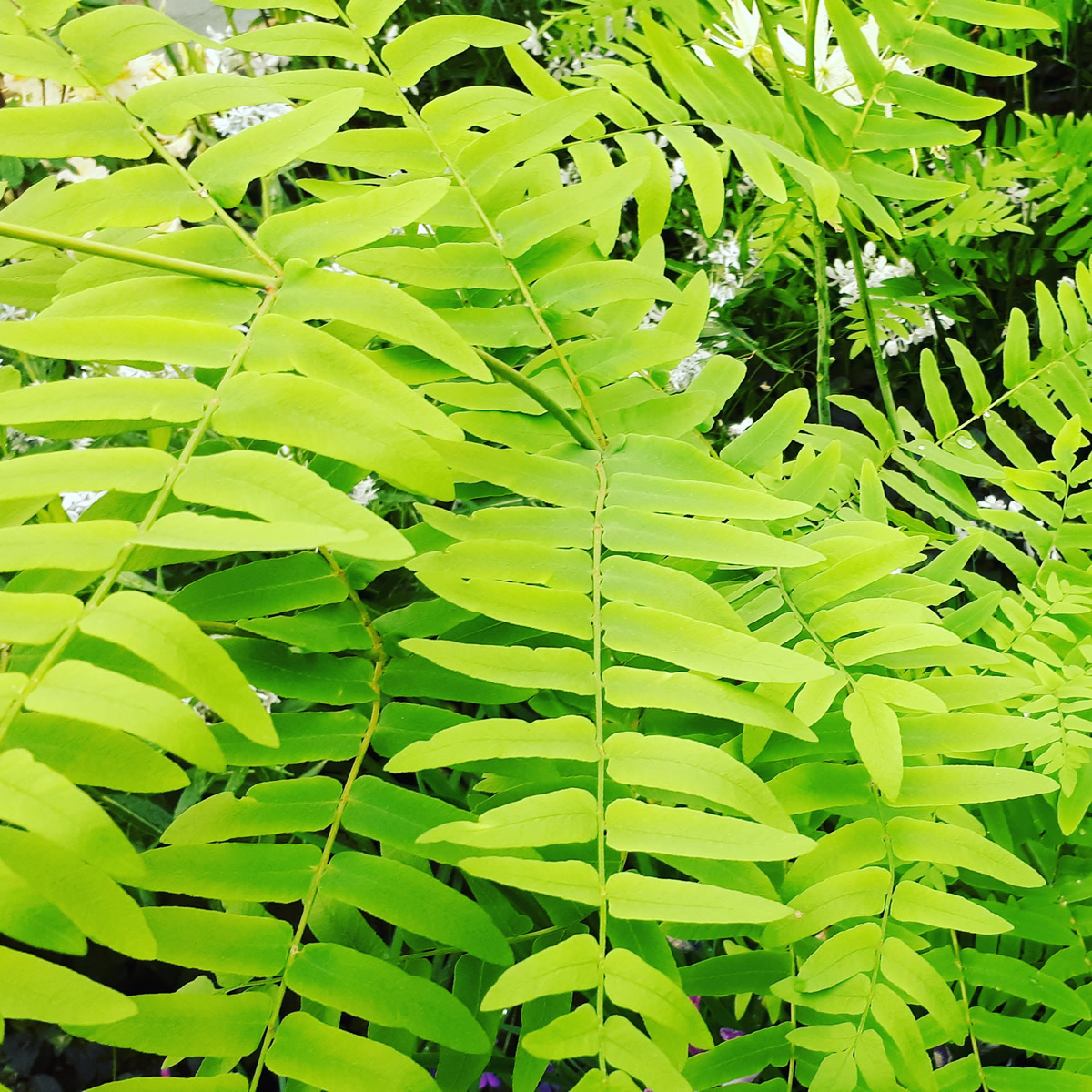 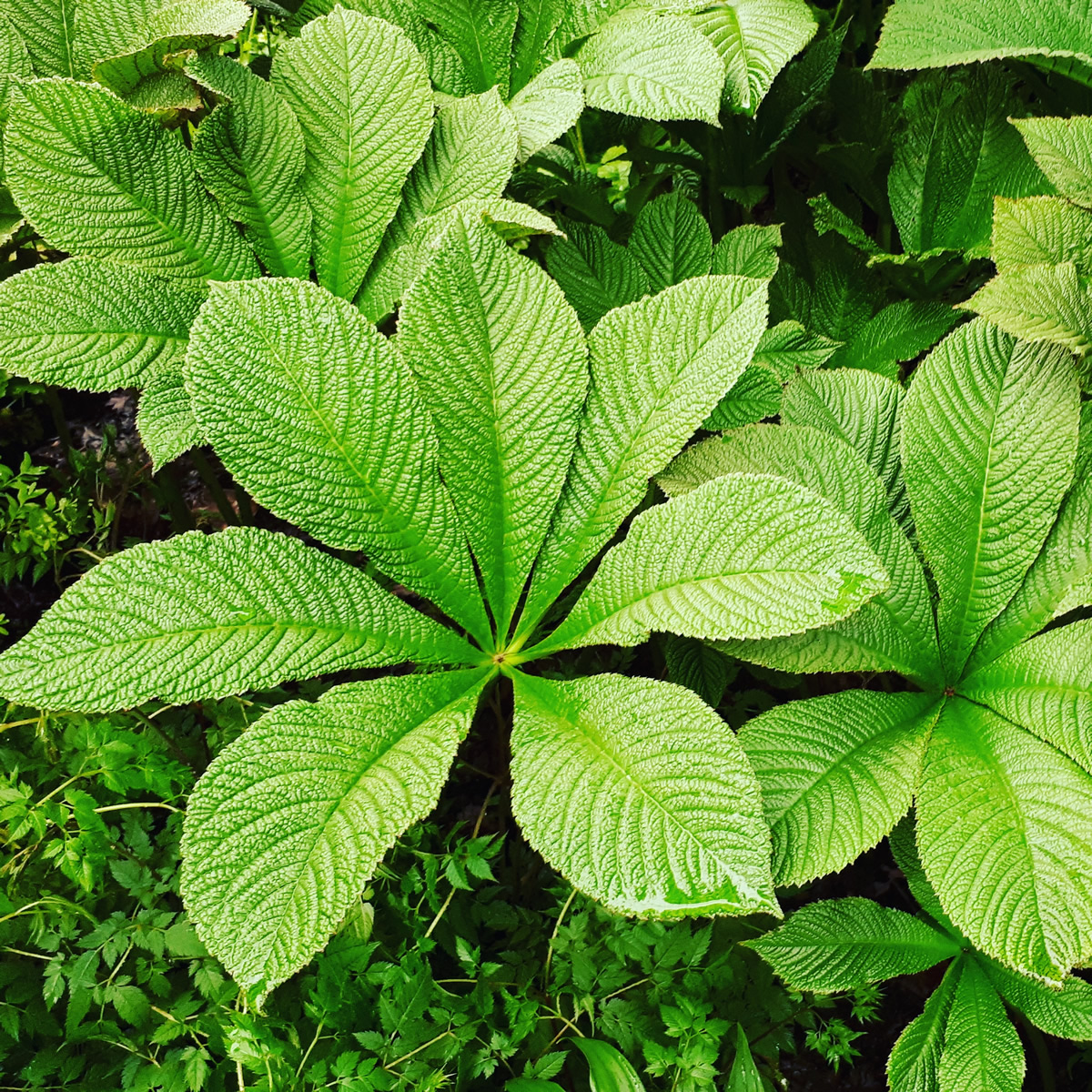 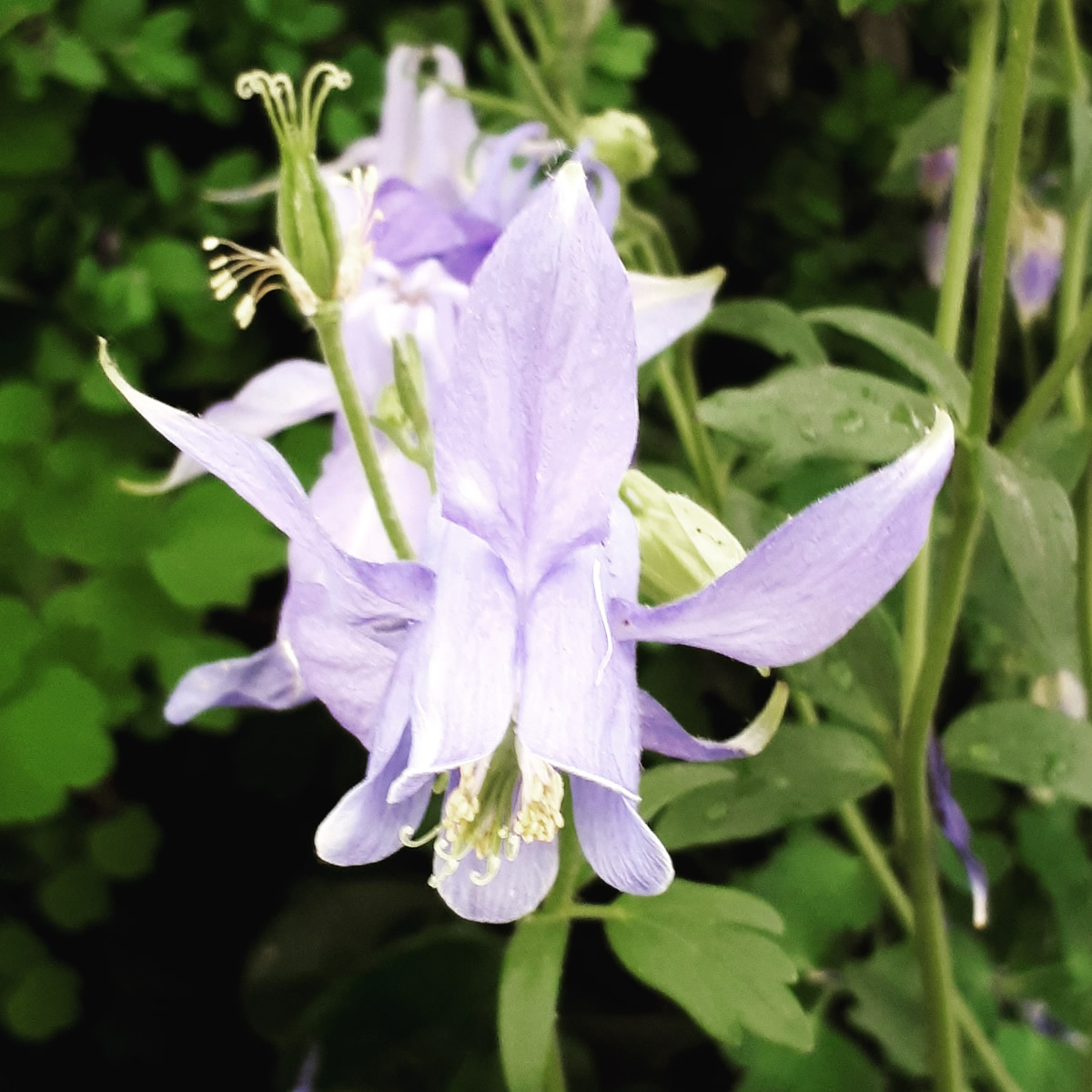 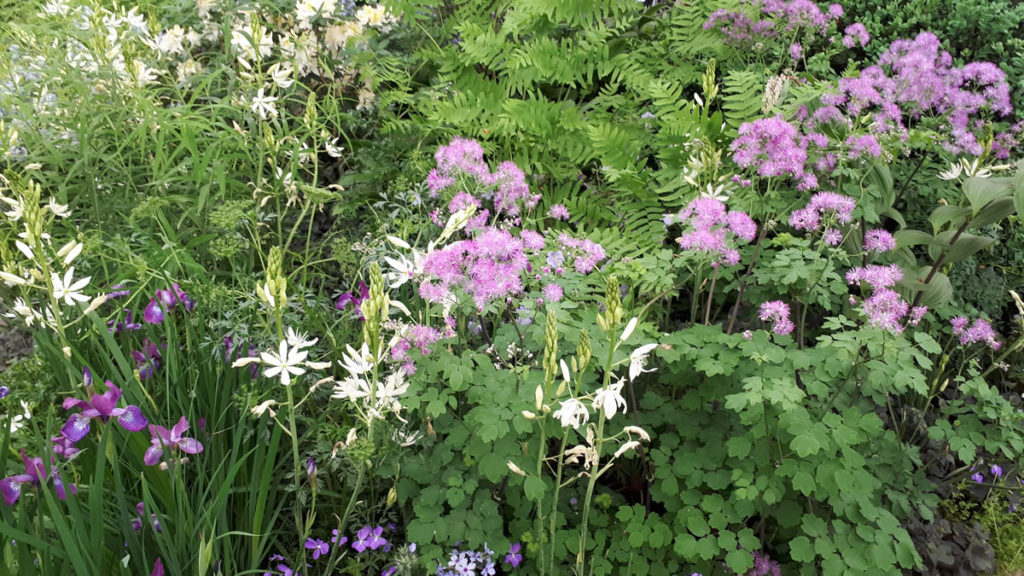