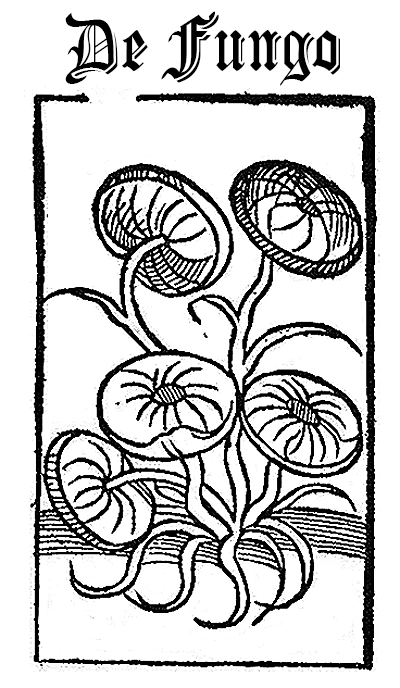 Some mushrooms are good, some others are deadly. The good ones are small and round [like a hat]. They appear at the beginning of spring and vanish during the month of May [In Italy]. These types of mushrooms have never harmed anyone, nor they did so all of a sudden. However, it is right to know that the kind of nourishment they provide is bad. As for the deadly ones, these are born [grow] next to rusty iron. And there are others that are deadly too, although they do not kill instantly. These are those which are born next to putrid things, or next to the burrow of some poisonous animal, or next to trees that have, as their feature, that of corrupting fungus, such as on the olive tree [trunk growing fungus].

The mark of deadly mushrooms is this: in the upper part, its skin has a corrupted sticky moisture, which soon changes and rots between the hands of those who pick them. There are mushrooms also in our home gardens: these type of mushrooms are flat and thick, and have some redness on their top, and in that redness there are a lot of high vesicles, of which some are broken and some are not: this type is deadly and kills instantly. It is called the mushroom of the flies [Fly Agaric / Amanita Muscaria], because, when pulverized into milk it kills the flies [modern pesticide science has disproved this idea]. 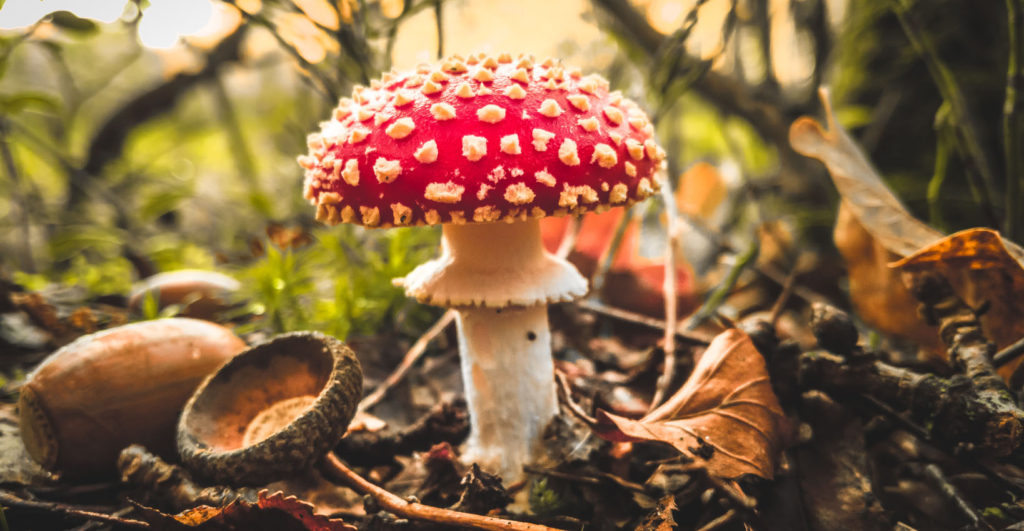 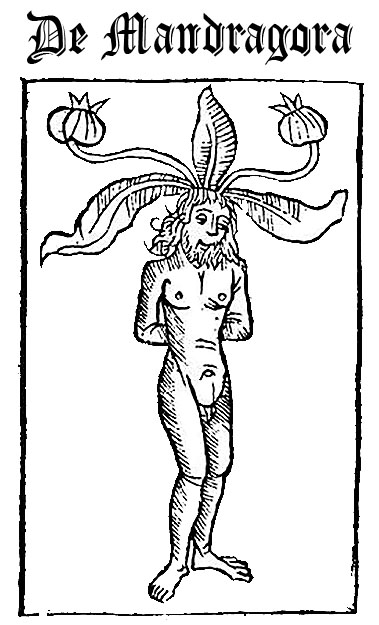 Mandrake [Mandragora officinarum] is cold in the fourth degree [a sedative for extreme pains]. Its species are two, male and female, but we use them indifferently. Some, like Avicenna [Persian Mathematician] and others, say that the female looks like a woman, and the male looks like a man, which is a false thing [Mandrake was widely believed to have an anthropomorphic root]. The male has longer leaves, while the female wider, but the truth is that there are some that cut them this way in order to trick women [lesser minded… charming I know].

The outer skins of its roots are suitable to be used as medicine more than anything else, then come its fruits and lastly its leaves. Once cooked, the skin of its root can be stored very well for four years, and it has the virtue of constricting, cooling and inducing sleep during acute fevers.

The cure for such detriments given by mandrake are butter, honey and vomiting [induced]. They also publicly say that mandrake has the virtue of allowing infertile females to become pregnant: which is not true, unless, perhaps, in the case of sterility due to a uterus that is too hot [that commonly known cause…], so that the uterus will be brought back to the right temperature, and the seed of the man [sperm] will not burn.