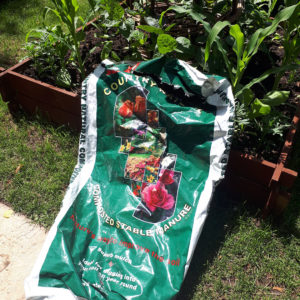 I like to apply manure to my beds where I can because it’s a good mulch for moisture retention and helps add organic matter to the soil. Regular horse manure is actually pretty poor in terms of NPK benefit (0.5, 0.35, 0.43) instead my favourite manure has always been zoo poo. Elephant dung has an NPK value of 3, 1, 5 – try getting hold of it now though, my last zoo supplier stopped two years ago. Thus I’ve been forced to use whatever gets delivered free to the plots from local stables or purchase the bagged stuff. A few years ago I had some problems with what I suspected was weedkiller contamination from local stables and my runner beans. This year I have definite contamination of beans from bags of Country Natural organic manure.

We had similar reports from one or two plot holders last year (we sell Country Natural organic manure via our allotment association) but nothing definitive was proved. However, my climbing beans are now showing signs of aminopyralid damage in new raised beds at home, mulched only with Country Natural organic manure. There’s no chance of any other contamination. A nearby raised bed growing runner beans which I did not mulch (thank goodness) is absolutely fine.

What are the signs of weedkiller contamination?

Typically the main plants affected are beans, peas, peppers, potatoes and tomatoes – not everything will be hit. The two main symptoms I’m seeing on my climbing beans are twisted leaves with prominent bubbling of veins and some shoot tips have become narrow, dry and effectively died. Here are the comparisons: 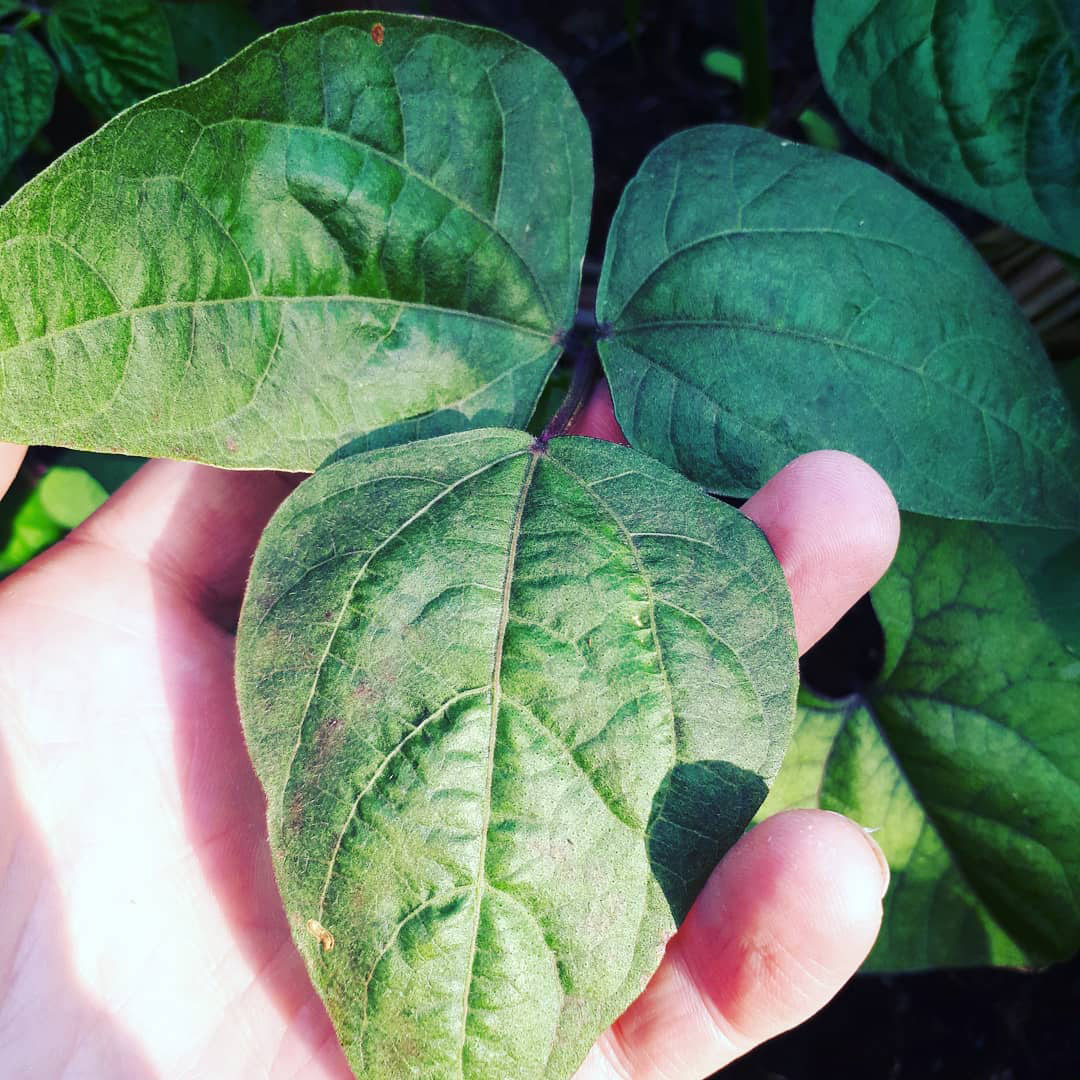 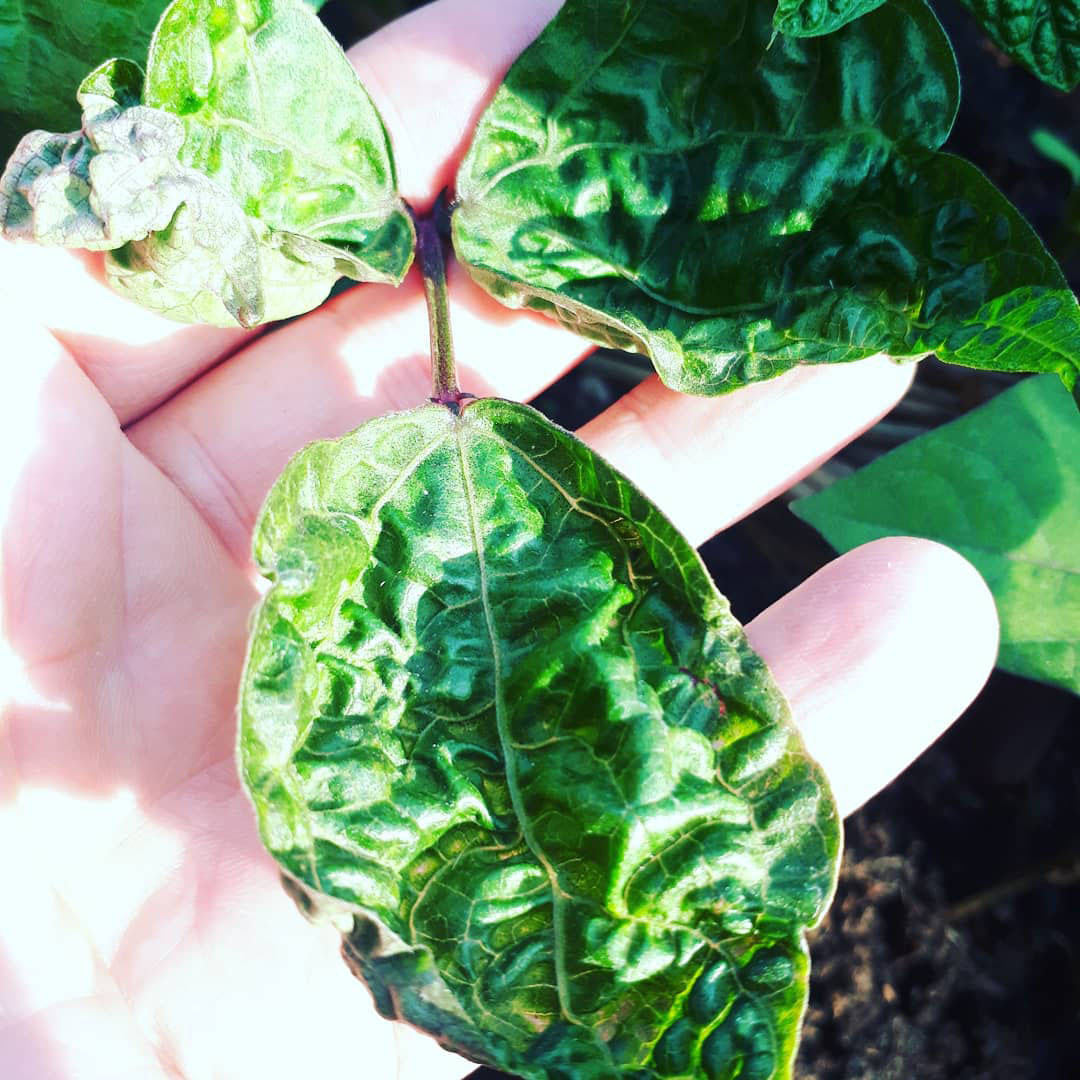 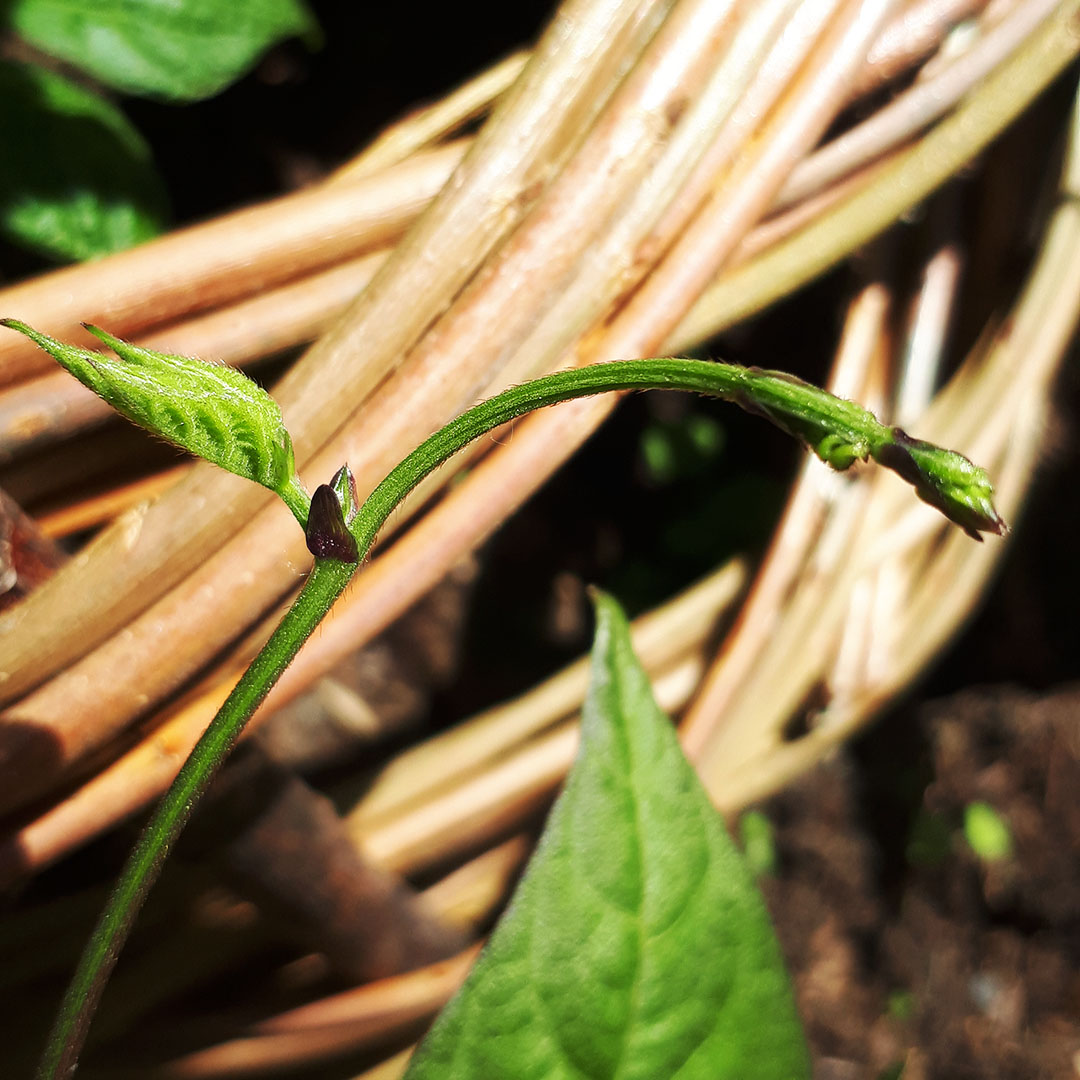 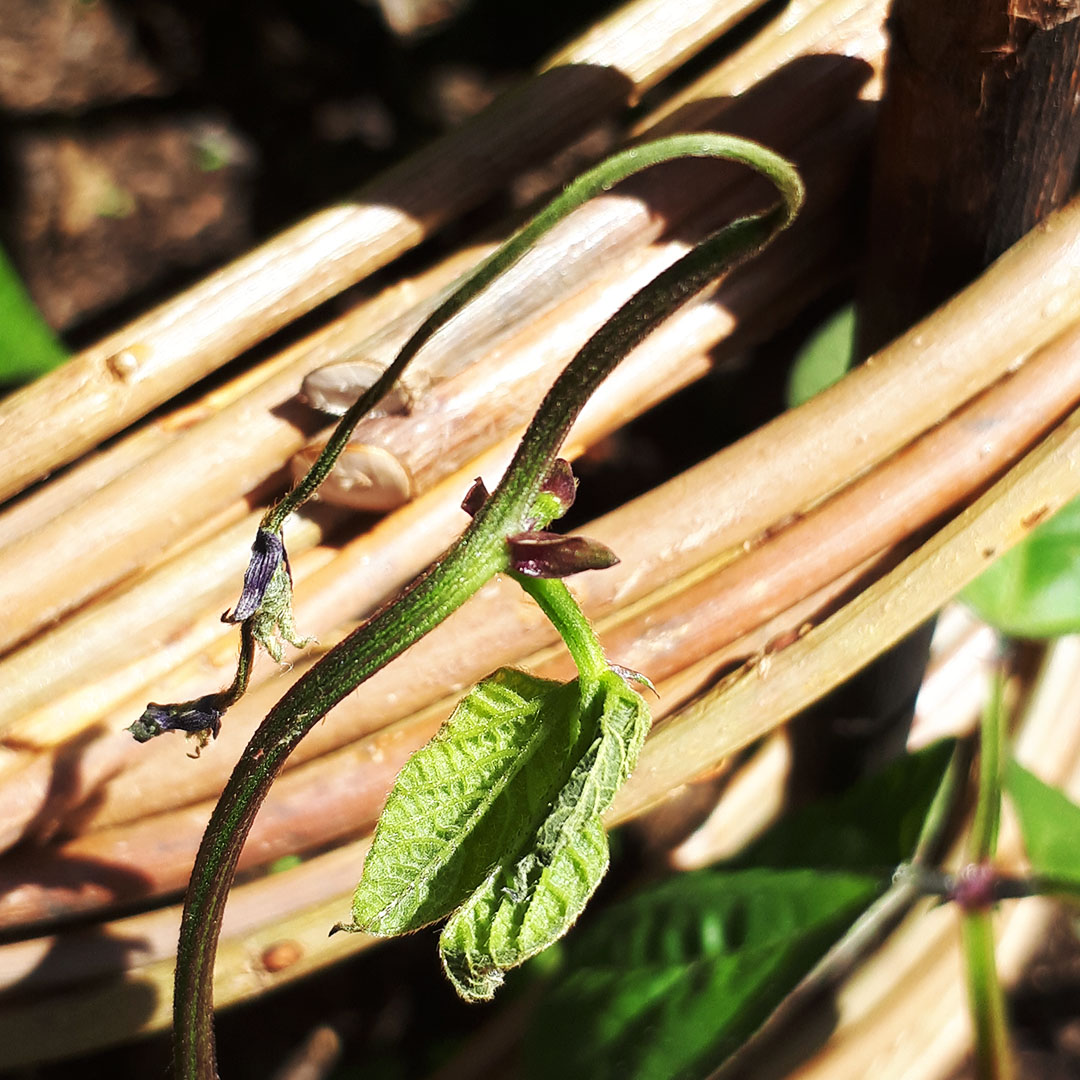 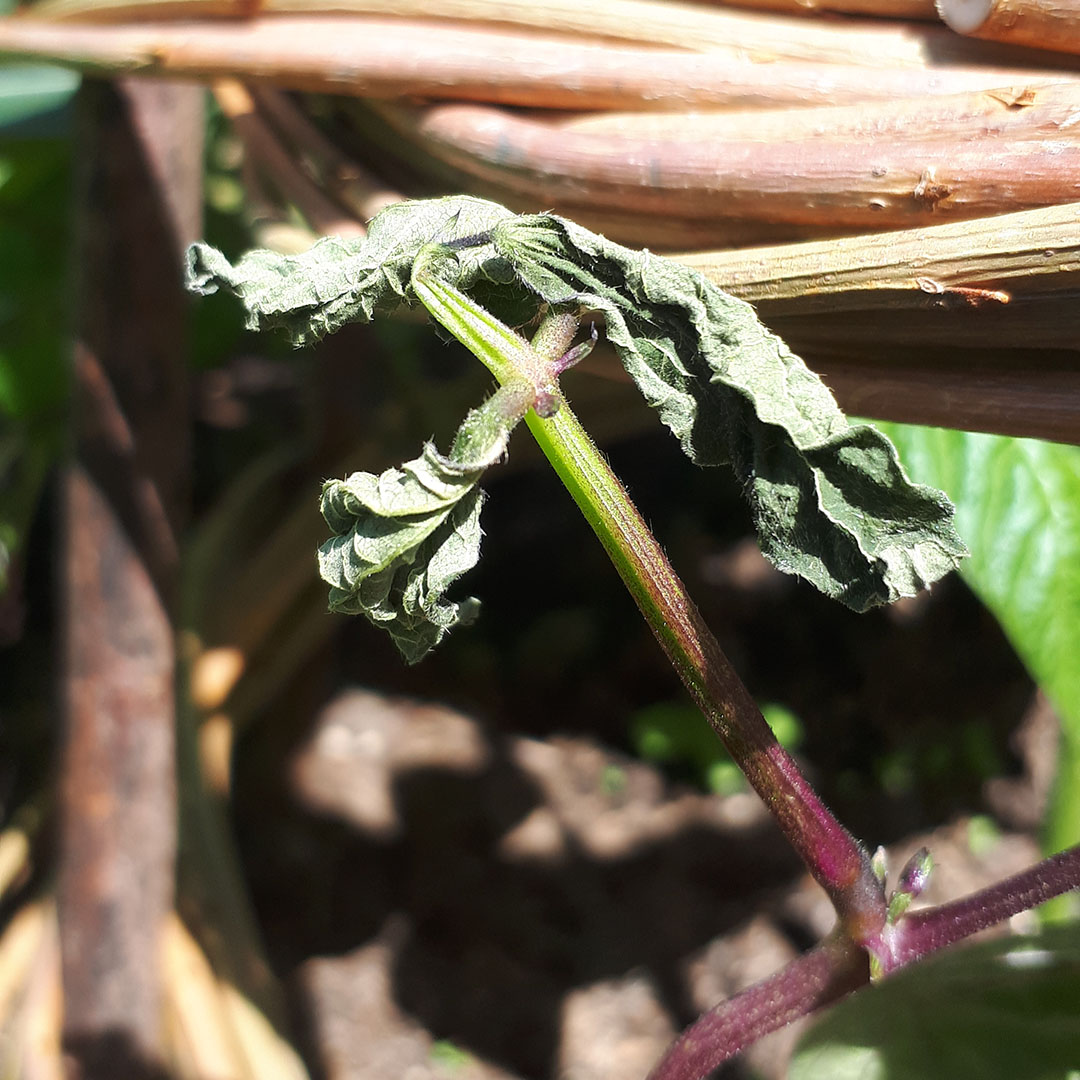 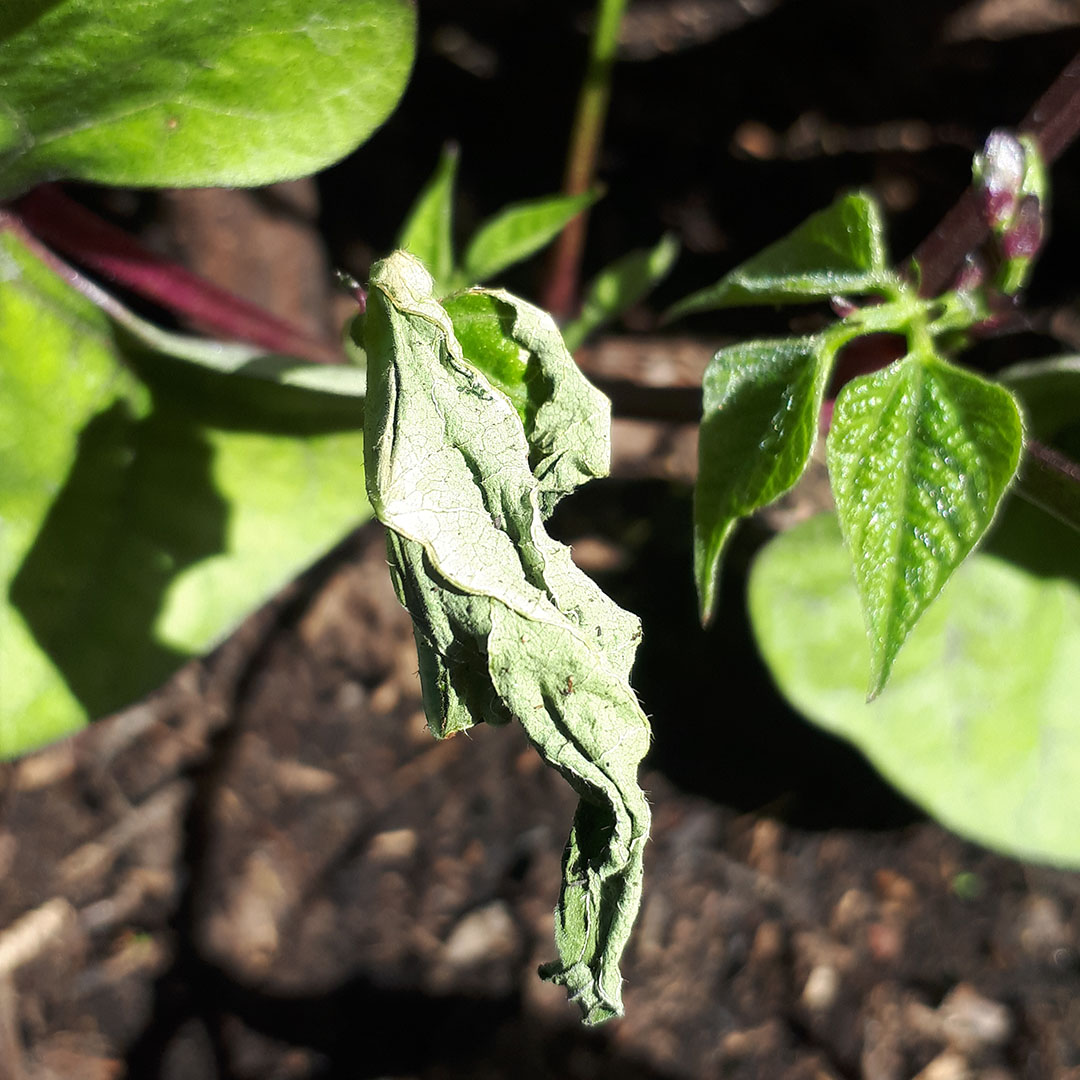 And possibly the onions too…

I’ve also got some Country Natural manured onions which in one or two patches are showing disfigured leaves – twisting and die back that one might expect to see in other crops hit by aminopyralid. 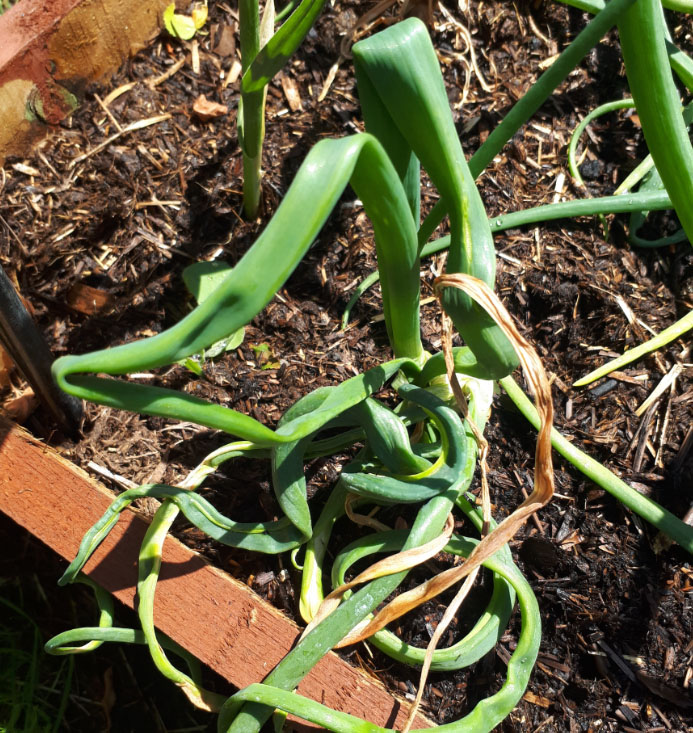 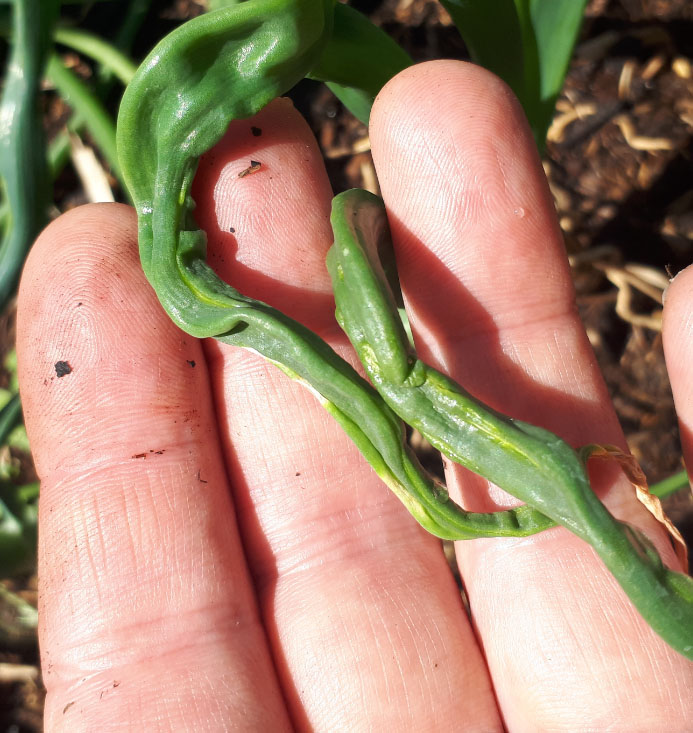 How does manure get contaminated?

In short, a farmer sprays his (or her) grassland with an aminopyralid based herbicide to kill broad leafed weeds like Docks, Fat Hen and several others. The remaining sprayed grass grows, is cut and later consumed by livestock as hay or silage. The weedkiller remains on the feed and passes through the animal and comes out again in the manure as a little gift to gardeners. In theory it only lasts a year but it’s still a nuisance. I have decided that I won’t be using ANY farmyard or stable manure again now – you just can’t trust it. Instead I shall stick exclusively to Dalefoot’s peat free offerings, perhaps with the odd scattering or chicken pellets (which have a much better NPK of 2, 1.4, 1.3).

An ironic message on the Country Natural packaging… 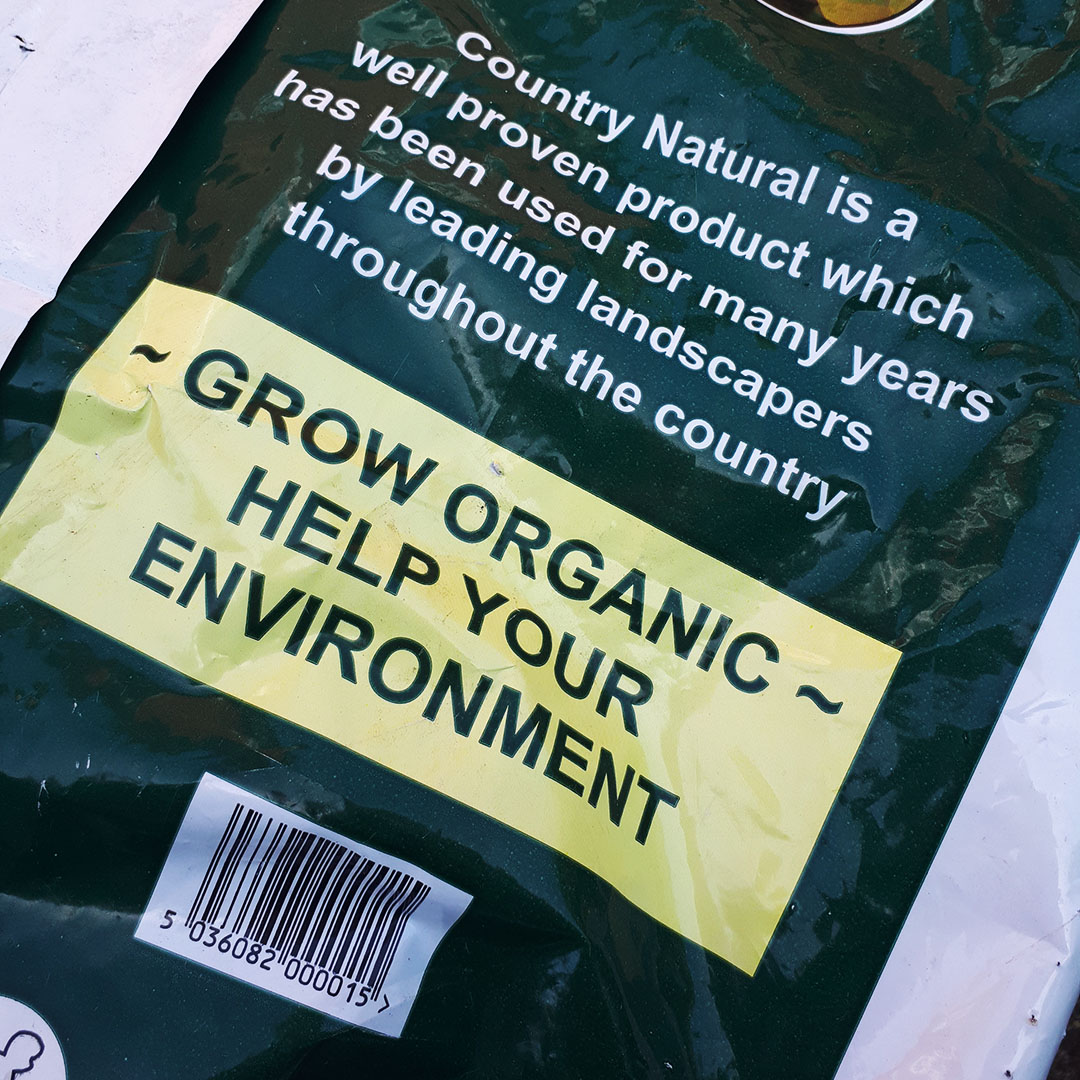