You are at:Home»Health & Outdoors»Metaldehyde Slug Pellets Finally Banned, What Are The Alternatives? 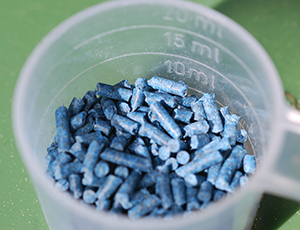 The UK government might not be doing a lot to impress anybody of late but one very recent announcement by Environment Secretary Michael Gove is to be praised. From the spring of 2020 slug pellets will no longer be allowed to contain Metaldehyde, with sales being banned 6 months from now (summer 2019) and then being given a further 12 months for any supplies to be used up. Metaldehyde is toxic to wildlife, its role in reducing hedgehog, amphibian and wild bird populations, themselves poisoned by consuming contaminated slugs or pellets, has been well documented. Like any pesticide we use to improve crop yields in the short term, the long term impact on a delicate ecosystem only further exacerbates the problem. Poison the hedgehogs, toads and birds, and you have even fewer of those consuming the pests you want to target, and so you have even more slugs and snails and need even larger quantities of pellets.

Mr Gove said “I recognise that significant effort has been put into encouraging growers and gardeners to use this pesticide responsibly by the Metaldehyde Stewardship Group. However, the advice is clear that the risks to wildlife are simply too great – and we must all play our part in helping to protect the environment. I encourage companies and growers to look at the alternatives, such as ferric phosphate, which is authorised and does not carry similar risks.” – see .gov Press Release here.

Ferric phosphate is otherwise known to you and me as iron – a heavy dose of iron kills slugs and snails. Iron is probably not as effective as the more toxic metaldehyde in pellets, and no doubt there will be many who think this ban to be awful news. Only those using permanent greenhouses will be permitted to continue using metaldehyde pellets (where birds cannot easily venture… although slugs and snails might venture outside before they die).

Regular readers of this blog will know that I have tested a number of supposed slug and snail barriers, from egg shells to hair, gypsum powder and copper tape. Only very wide and thick copper tape worked, the stuff they use to insulate electric guitars – turns out the thin products they sell in garden centres doesn’t contain enough copper. A barrier of gypsum powder or chopped up young brambles also seems to do the job, but not egg shells. DEFINITELY NOT EGG SHELLS (unless you want to help snails make their own shells stronger by eating the egg shells, which might distract them from your plants).

What are the alternatives to slug pellets?

Despite my own video tests, to reduce gastropod numbers I personally favour the following techniques which are less time intensive: 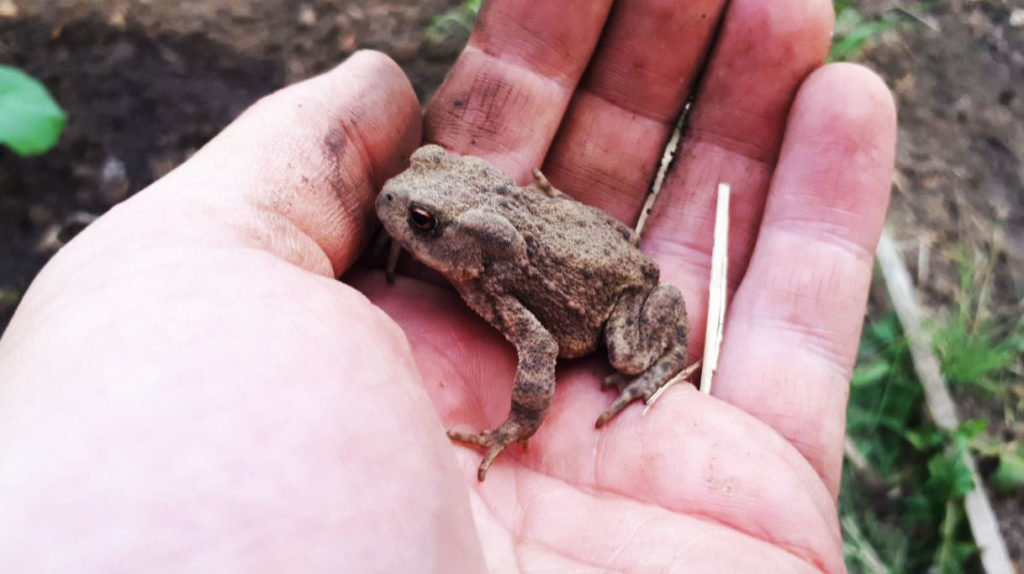 A member of my allotment toad army

And finally… your drinking water quality will improve too

Metaldehyde is toxic to humans, yes we need to consume a lot it to start convulsing (!) but there was a case in 2013 where levels in river water were 100 times higher than EU regulations allow. That river supplied areas of Essex and Suffolk with tap water! Metaldehyde cannot be filtered out of drinking water, so you’ve definitely been consuming it for years, largely due to intensive agricultural use. Add that to the traces of glyphosate, new fracking chemicals and 3G pitch rubber tyre crumb run-off (containing heavy metals and known carcinogens) and banning metaldehyde in slug pellets is a step in the right direction for all of us.