I really dislike formal planting in parks and local authority controlled areas, those immaculate rows of red and yellow ‘bedding plants’ make me feel rather queasy. It gets worse when you visit the seaside. There you get large blocks of bedding plants dropped into a walled bed in a half-hearted formal way, so that it looks like somebody actually threw up a big mess of floral sick all over the flowerbed. If you’re lucky there’s even a blue and white painted rowing boat dumped inside the bed, floating on a sea of coloured vomit and cigarette ends. No creativity, no imagination, no effort to naturalise the planting whatsoever. 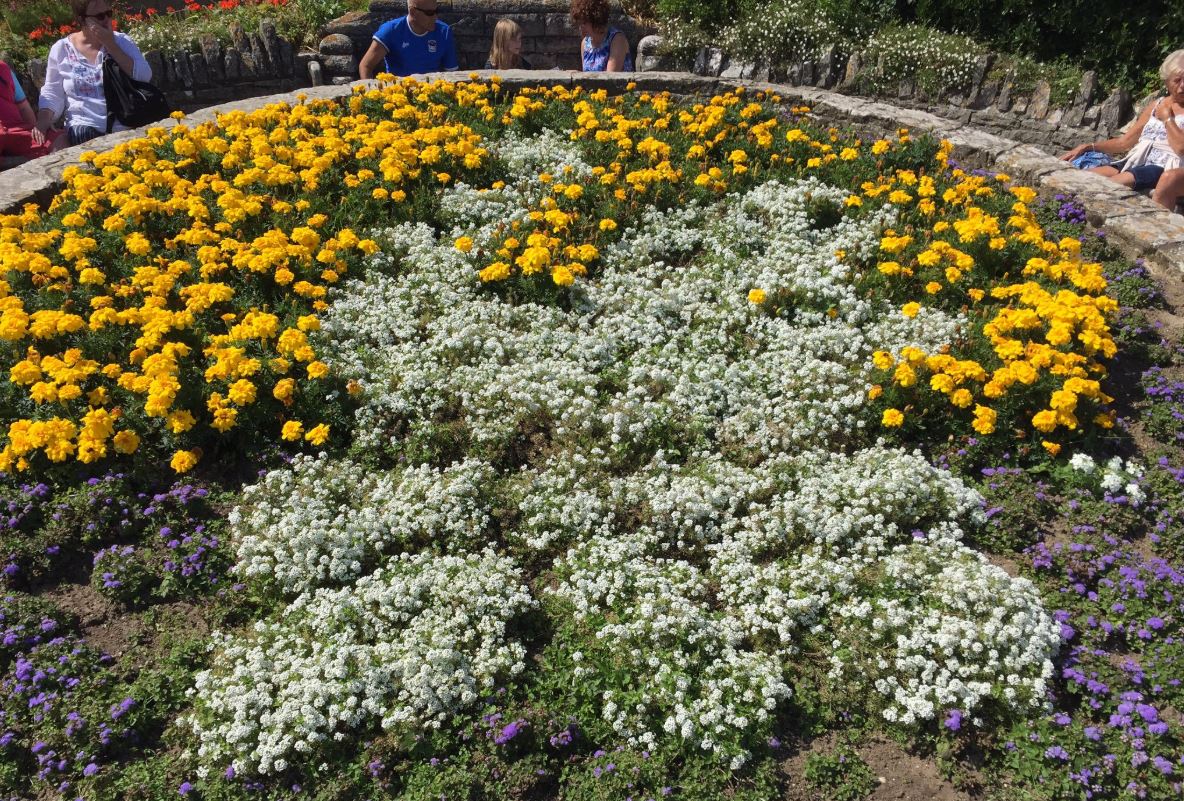 When I recently posted a photograph of some beautiful allotment Kniphofias on Twitter (below) I was rather taken aback by the negative reaction. I thought it was Begonias that the nation loved to hate, or those Petunias, Pansies and Marigolds that adorn the public gardens in the summer months. But not Kniphofias! This got me thinking, what really does define a ‘horrible flower’ and are there consistencies in what really turns us off in the garden? I decided to run a little informal poll knock-out tournament on Twitter to see if Begonias or Kniphofias came out on top of the most disliked flowers (using the hashtag #HorribleFlowers). 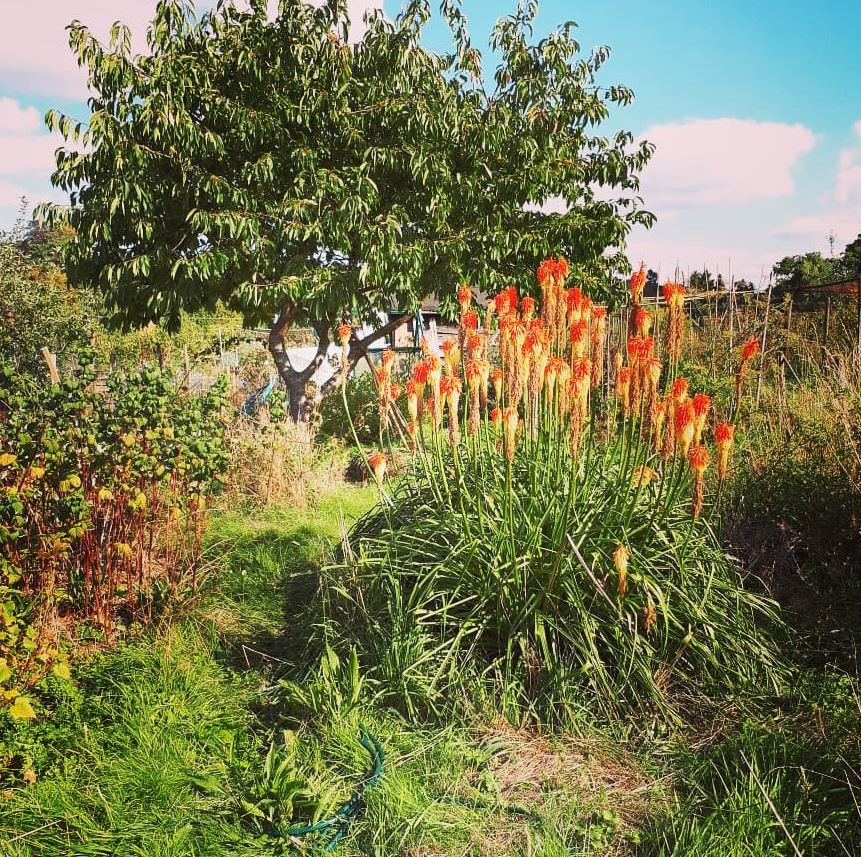 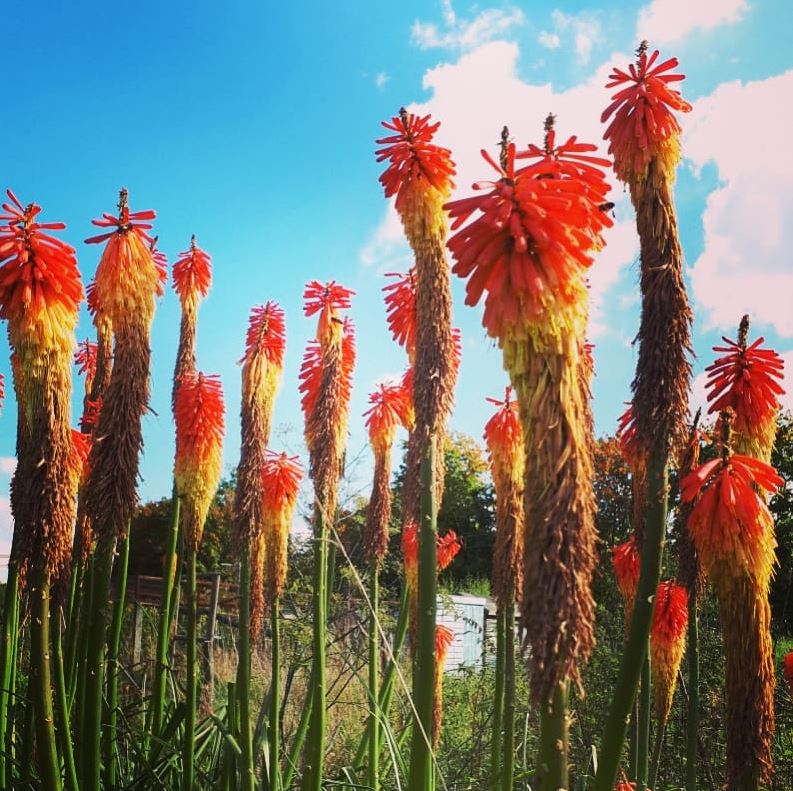 Now firstly we have to agree that it is actually OK to really dislike a specific flower. This in itself was an early poll question, because it was quite clear that many people (17%) really object to calling ANY flower ‘horrible’. I can understand why some might hold that view, beauty is in the eye of the beholder, all the world is god’s creation of natural wonder etc. But equally if 83% of people think really disliking a flower is OK then I’m not actually barking up the wrong tree (or flower). Furthermore, if it’s fine for Gardeners World to identify the nation’s favourite flower and unveil it with pomp and ceremony (the Rose) surely it’s logical to look at the opposite end of the spectrum?

Is it OK to really dislike a particular type of flower? #HorribleFlowers

Before I began my twitter knock-out tournament I would have bet a million pounds that the winner would not be blue. The reason for that assumption has been previously outlined by me in a different blog post ‘Why do humans love flowers?’. Essentially blue flowers are much more likely to be liked than any other colour, particularly browns and red (which unconsciously symbolise decomposition and death). Blue or purple flowers make a better gift.

Sixteen different flowers were entered into the #HorribleFlowers knockout tournament. Yes… there may be a hundred or a thousand others which deserved representation, but I went for those with stereotypical unpopularity. Be that because they are unfashionable, poisonous, suffer an ugly death, have a short flowering period, offer a low nectar content, give off a strong perfume or sheer ugliness. I personally like at least half of them, and wouldn’t even be a gardener today without loving Marigold sowing as a boy, oh how I loved re-sowing in those polystyrene containers each year.

You can look up the individual poll rounds and results on the twitter hashtag #HorribleFlowers but (for the sake of brevity) the ultimate outcome confirmed that the majority of people do indeed say that they dislike Begonias followed by Kniphofias and then Carnations and Euphorbias:

It’s here. The #HorribleFlowers FINAL! Which of these two flowers do you most dislike? The winner will be crowned Most Horrible Flower.

Most disliked flowers in #HorribleFlowers tournament

The rest of the flowers in approximate but not exact scientific order were:

With Begonias coming out winner of the #HorribleFlowers crown, one must ask the question, has Monty Don brainwashed the public? He did after all say on air (a couple of years ago) that Begonias are “repulsively ugly” following up with “Don’t tell me that anybody likes Begonias?”.

The main reason people seem to object to Begonias is that they look artificial and plastic:

“Their plastic looking flowers look extremely unnatural and remind me of old style park bedding.”
“Horrid artificial colours. And what is with those shiny plastic leaves?”
They are ‘untidy’ and look bedraggled really quickly. 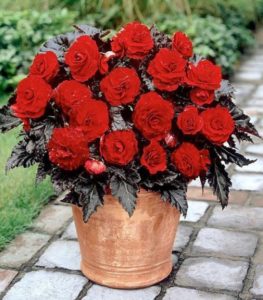 In defence of Begonias there are a huge variety available, and it does seem to be the smaller bedding varieties that are most disliked, rather than the trailing or larger varieties. I received some Begonia corms to trial from the lovely people at Farmer Gracy this year. I can’t say I loved them all, but one or two were really very beautiful – Begonia Switzerland produced red flowers on very dark foliage and was a really good companion to my Bishop of Llandaff Dahalias which have a similar colour scheme. Those I WILL grow again without question. I was less keen on the trailing pinks which were more prone to rain damage but it just goes to show that you can’t rule out all the variants of one flower family in one go. Would I have said they were plastic looking? No. Did visitors to the house compliment me on my front door floral display, yes. Was I put off growing them previously because of their reputation? Yes.

This leads me to another possibility – that people buy Begonias but won’t admit to liking them because it’s not cool to make that admission in a post Monty opinion era. I had a look at some data from monthly Google searches and that puts a different spin on things. We can see that in terms of online ordering Begonias are the second most popular flower to buy online of all 16 entered in the #HorribleFlowers tournament, with other flowers topping the ‘least searched’ table:

As for Kniphiofias coming second to Begonias in the #HorribleFlowers final, that was a real eye opener, I love them. But the search data seems to suggest that they should really be more disliked than Begonias, with perhaps ugly old Bergenias (Elephant’s Ears) or Carnations really being the nation’s least favourite flowers. Ultimately it seems that the shape and colour of Kniphofias is what people find most off-putting:

“Like tall spiky toilet brushes”
“There’s just no delicacy to them. They’re like a big rubber glove coming to get you.”
“Kniphofias are a 5 minute wonder rather than an all season”
“They look a mess once they’ve flowered.”
“When used as a specimen or focal point they’re a bit too shouty”

There are some practical reasons here but I found the ‘coming to get you’ quote quite insightful. The Kniphofia flower shape is after all like a ‘red hot poker’ (hence the common name) and for some people the threatening shape and colour will of course be off-putting on an evolutionary subconscious level. Am I offended that so many people dislike them? No, of course not. Sow and grow what you like in your own garden, variety is the spice of life. But if you’re giving the gift of a flower, or designing for somebody else, you might like to think hard before gambling on a Begonia or Kniphofia as they do seem to be the Marmites of the flower world.