You are at:Home»Inspiration»Rosendals Trädgård (Djurgarden, Stockholm) – a brief review

I made my first trip to Sweden at the weekend with MrsGrow, we went to Stockholm to see Depeche Mode live in concert. MrsGrow is a big fan of ‘the Mode’ so it seemed like a good opportunity to make the trip her birthday present. Being something of an introvert I didn’t make a lot of turning 40 in March either so justified the expenditure on both accounts. 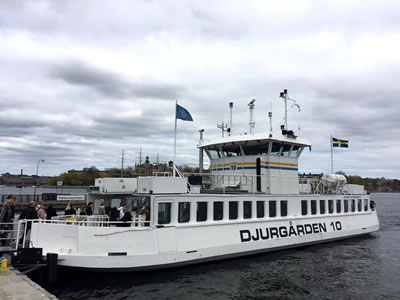 Prior to our trip I researched horticultural attractions in Stockholm and twitter turned up ‘Rosendals Trädgård‘ – a garden on Djurgarden (a land joined ‘island’ of which Stockholm has an abundance). Once we had recovered from our night of Depeche Mode revelry we departed from our base at the excellent Sheraton hotel and took a boat across the water to Djurgarden (which costs about £4 per person each way). I enjoyed the short trip across the water to the island although I couldn’t quite get the vision of the boat in the Kirk Douglas war film ‘The Heroes of Telemark’ out of my mind. 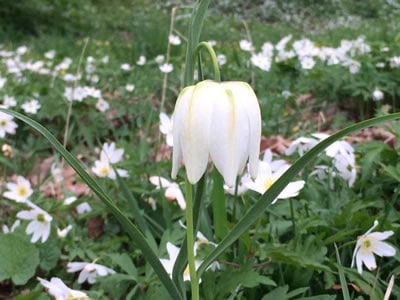 On arrival it’s about a twenty minute walk from Djurgarden harbour to Rosendals Trädgård, following the winding main road in relative peace compared to the tourist-ridden venues you initially pass (such as the ABBA museum and circus / theme parks). We stumbled across a small wooded area enroute, it was packed with stunning wood anemones and the odd wild Snake’s Head Fritillary. I especially liked the white Snake’s Head Fritillary I discovered growing wild there. It was ironic that this was to be the horticultural highlight of the entire excursion…

An additional curiosity was a dying Oak tree supported with a concrete imitation support trunk. As an Englishman I thought this somewhat puzzling, if it’s dead let it go and plant a new one? A false concrete trunk seems like a lot of trouble to go to but perhaps the Swedes value ancient trees (or this one in particular) more than I.

Eventually we reached our destination and I would best describe Rosendals as an over-priced vegan garden centre. Whilst perusing I thought £100 for a Rosemary plant a little excessive and £4 for a packet of seeds expensive, in the restaurant area £10 for a slice of wholemeal bread covered in red onion also seemed pricey. Of course some of this has to do with the pound to Krona conversion rate which is poor. The food did look aesthetically pleasing and healthy but really none of what was on offer appealed to me, I accept however that the food being served is highly rated by the natives.

Outside the main shop buildings, somewhat poorly maintained flower beds surround a large and busy seating/eating area. Planting is rather sporadic and largely unimpressive (apart from a bed of Daffodils and Imperial Fritillaries where some effort had been made). A small orchard seemed popular with Swedish families; children climbed fruit trees unchallenged by their parents (in England there would have been a mother ruining the peace and tranquility screaming “Tyler, Ethan get down from there!”). 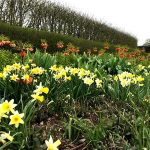 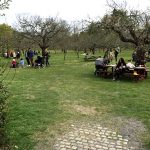 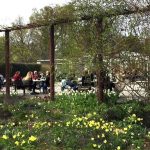 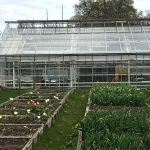 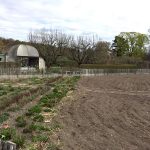 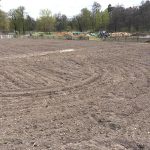 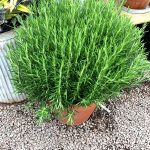 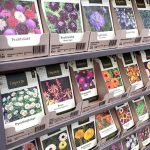 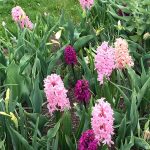 Once or twice on our stroll around Rosendals the strong odour of Marijuana tickled our nostrils though we were unable to ascertain the exact source. After 30 minutes of wandering and a sincere apology from me to MrsGrow for making her walk all the way there to find something so unimpressive, we left and returned to the more touristic streets and narrows of Stockholm city centre. 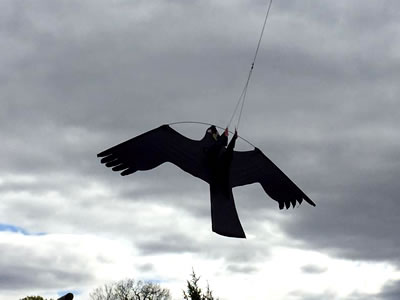 I was really hoping to find inspiration at Rosendals. Perhaps my garden standards and expectations are just too high now; Study days at Dixter and visits to Wisley, Beth Chatto and many National Trust properties have spoiled me. I presume that the city dwelling Swedes of Stockholm are more forgiving and more desperate for some green space… any green space in which to get their fix of nature. My advice to British visitors though is to give the place a miss, the only thing that inspired me was a bird scaring hawk kite on a telescopic pole. I’d buy one for my allotment if they weren’t £135 each.